Parents give away their 14-year-old son's belongings to teach him a lesson for taking the family car on a joyride.

Parents in Phoenix punished their 14-year-old son for joyriding by giving away all his treasured possessions. 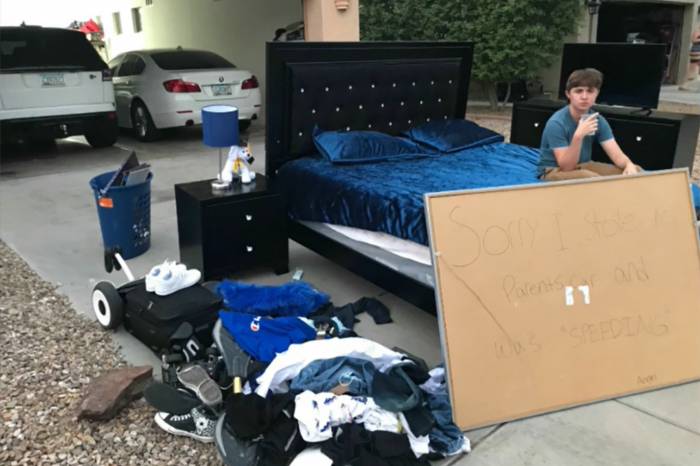 Angel Martinez, 14, was seen sitting out in front of his family home with his belongings stacked on the sidewalk and a sign reading:

Sorry, I stole my parent's car and was speeding. 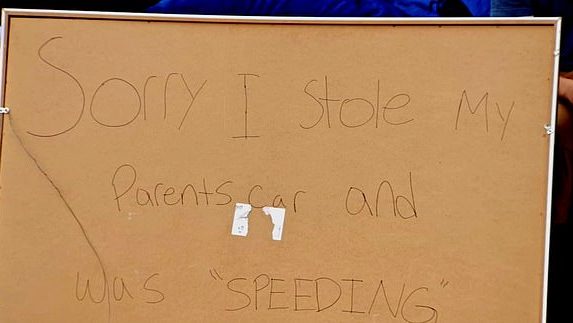 While his parents were out of town, Angel took his parents' Range Rover for a high-speed joyride.

As a punishment for his reckless behavior, his parents forced him to give away his sneakers, a flat-screen TV and a plush bedroom set, among other belongings.

Today, his room is 100 percent empty, and we're giving all his stuff away. 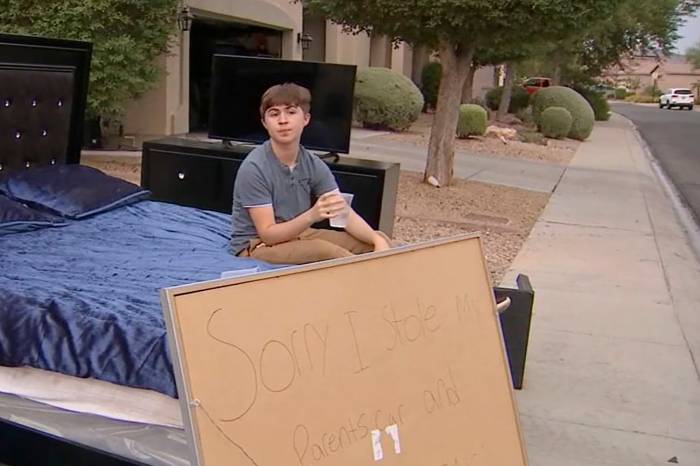 The news outlet was on the scene filming as neighbors picked up the teenager's goodies to take to their homes.

Ramon explained that he and his wife were away celebrating their wedding anniversary in Las Vegas.

However, their celebration was cut short after they received a call from cops.

The father said that the officers informed him that they had spotted his Range Rover speeding around the suburban streets.

So, when they went back home, their son explained that he was hand-washing the car when he had the idea to take it for a spin.

I washed the car but didn't have anything to dry it, so [I thought] I'm gonna go for one spin until it dries.

I don't have a license, so I just took it.

Angel had also previously been in trouble, so his dad decided it was time to teach him a lesson he would never forget.

The dad said he also hopes the donations will serve as an apology to neighbors forced to witness Angel's reckless joyride.

Explaining the punishment, the dad said:

He also said he clearly explained to Angel that his reckless behavior could have had serious consequences.

He could've run someone over. Something really bad could've happened. 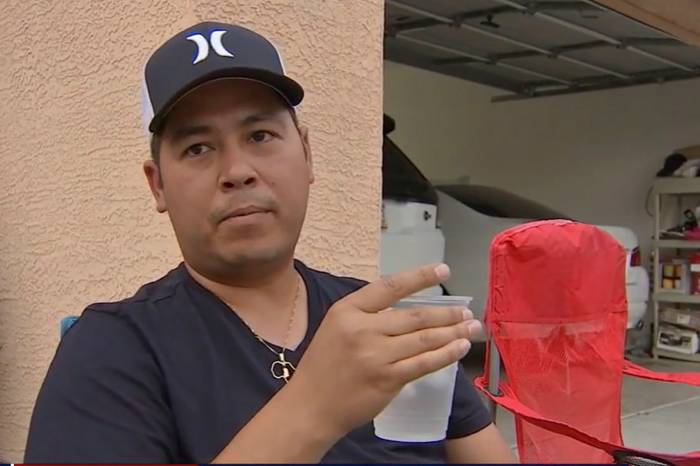 The father told the outlet that his son will be sleeping on the couch for the foreseeable future.

Meanwhile, Angel says that giving away his most treasured possessions has helped him learn a valuable lesson. 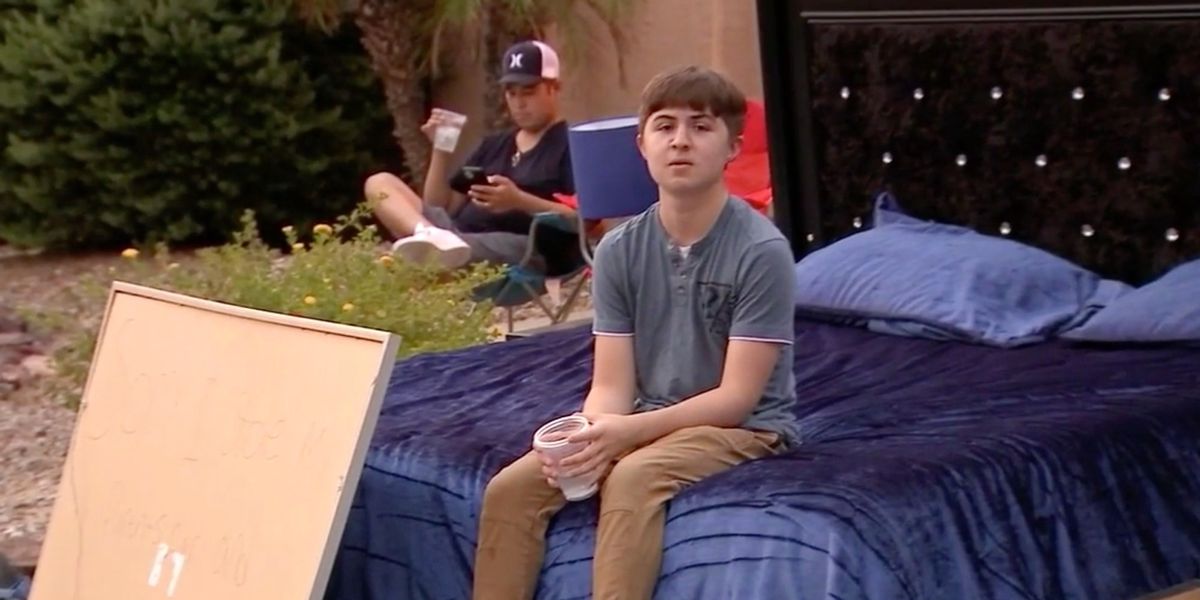 It's kind of weird, but I think it's a fair punishment.

And many people on social media have applauded the parents on 'tough love' done right.

Parenting is hard. Taking away his comfort might make him think twice before doing something so dangerous and reckless.

They paid for his things so they can give them away.

Yes, I agree with the parents. This could save his life down the road.

Good, the kid should know how it will feel sitting in juvenile jail, 3 hots and a cot.

Parental Guidance: 17 Reasons To Listen To Your Mom