Could you imagine anyone else playing Elle Woods instead of Reese Witherspoon? Well, as luck would have it, Reese wasn't the second choice, but she made Legally Blonde iconic. And of course, she is not the only actor cast after someone stepped down or had to be replaced.

In fact, we gathered 14 roles that originally belonged to different stars but ended up being someone else's. It is not always about the director's first wishes. Sometimes the actor has other obligations, or things simply don't work out.

1. Olivia Wilde vs. Margot Robbie — The Wolf of Wall Street 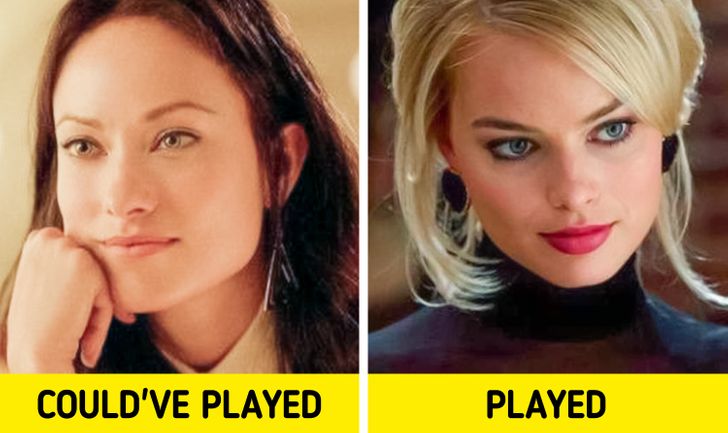 It was the role that made Margot Robbie a superstar.

Olivia Wilde was supposed to be Leonardo DiCaprio's second wife in The Wolf of Wall Street. However, by the time the filming started, she was told she was "too old."

While we are not sure what the casting people meant by "too old," Robbie definitely was fantastic in her role, and Wilde got a chance to work with Scorsese later. 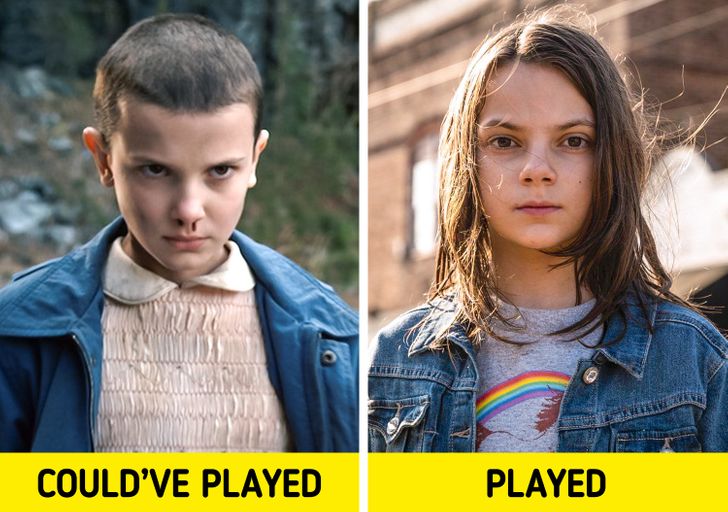 Millie Bobby Brown is best known for her role of Eleven in Stranger Things. She auditioned for the role of Laura Kinney, Logan's friend from the same-titled movie.

She really thought it was the best audition of her life, and she shared her thoughts on the process:

"I was like, 'It's going to be amazing, I'm going to really prepare,' and I sat in my room reading the lines. Honestly, for me, I felt so — I felt like an actor in the audition room."

Brown did not get this part, but Dafne Keen did. She was only 11 at the time of filming. 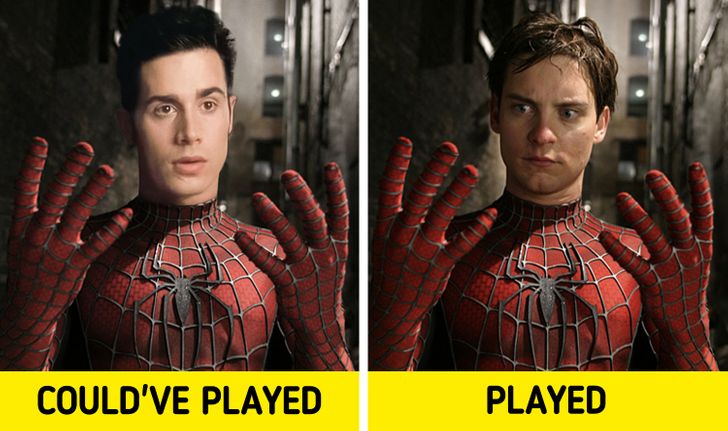 Freddie Prinze Jr. almost got the role of Peter Parker. He said:

"I got a meeting with [the director, Sam Raimi], and I was super-excited, super-nervous."

The actor was so excited that he talked more about Spiderman's enemy Venom, so the director didn't think that Prince even wanted the part. That's how the role went to Maguire, and we wouldn't want it any other way. 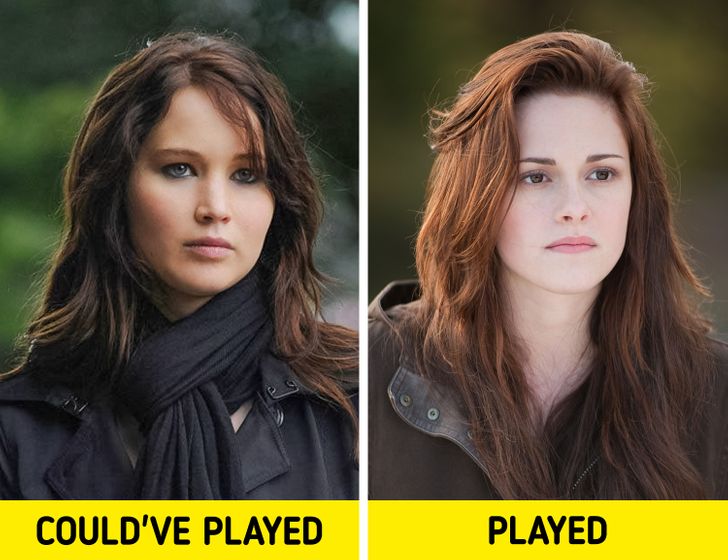 Jennifer Lawrence auditioned for the main role in Twilight, but like many others, she didn't think it would become such a success.

Speaking about this audition, the oscar-winning actresses shared:

The role of Bella went to Kristen Stewart, and it was a life-changing moment for the actress and the rest of the cast. 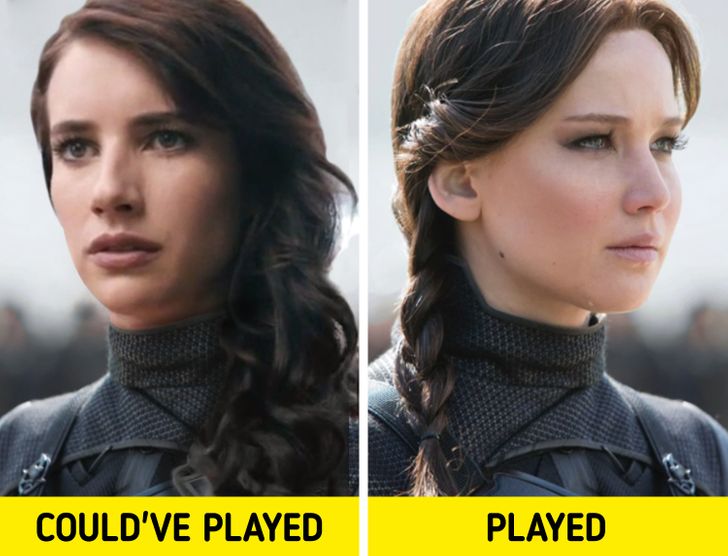 30 young and upcoming actresses were chosen to compete for the role of Katniss Everdeen.

Thanks to her family connections, Emma Roberts already had an advantage, but no one could stop Jennifer Lawrence. The role in The Hunger Games made Lawrence a celebrity, and Emma Roberts got her chance to prove herself as an actor in American Horror Story. 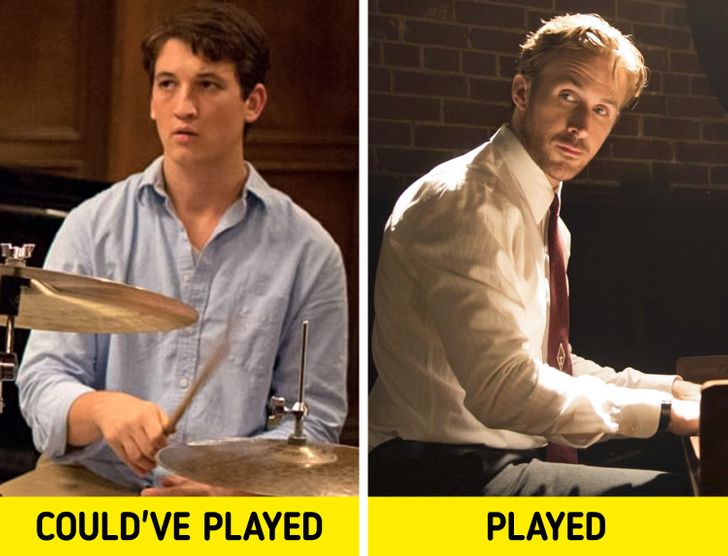 However, there were some misunderstandings, and the role went to Ryan Gosling. We are not complaining because Gosling's and Emma Stone's chemistry is off the charts!

7. Eddie Redmayne vs. Christian Coulson — Harry Potter and the Chamber of Secrets 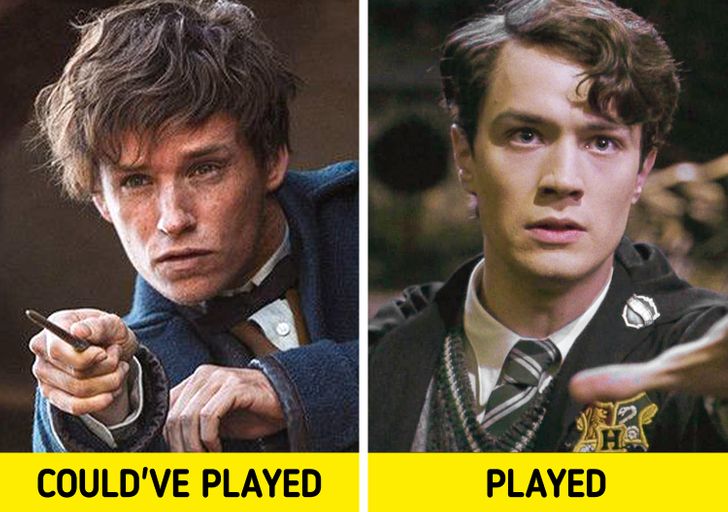 Eddie Redmayne shared his disappointment over not being part of the Harry Potter universe:

"I actually auditioned to play Tom Riddle when I was back at university. I properly failed and didn't get a callback."

Eddie is now part of Fantastic Beasts, though he initially didn't want to play the role of Newt Scamander. He merely wanted to be Riddle, but that role went to Christian Coulson. 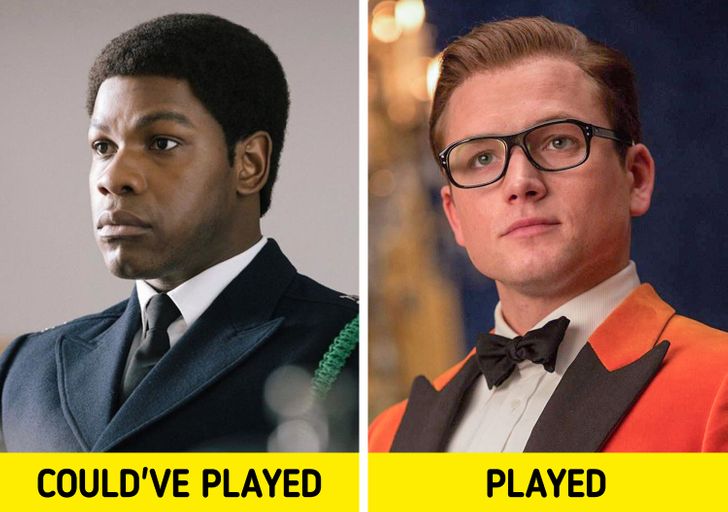 Mathew Vaughn, the director of Kingsman, shared his casting process:

"Boyega is a fabulous actor, but there's something about Taron. You have to listen to your instincts about who that role is."

And so he did what he felt was right, and now we cannot imagine anyone but Egerton playing Eggsy. 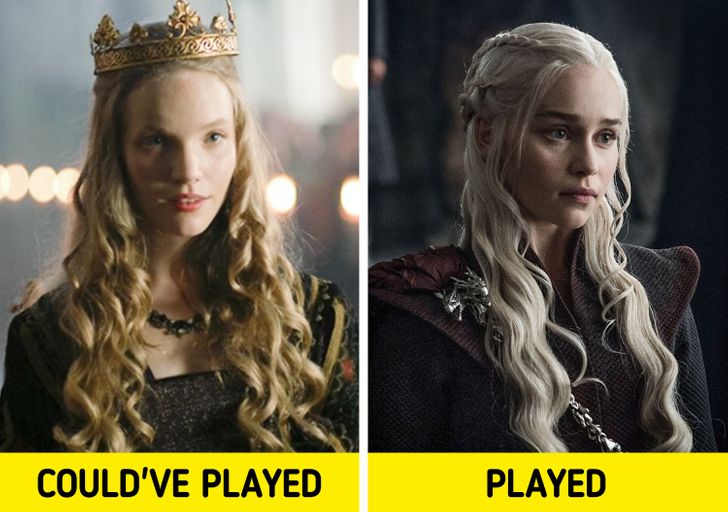 Another shocking fact is that Tamzin Merchant from The Tudors was the first choice for Daenerys. She actually played a role in the pilot.

After recasting, the creator of GOT got Emilia Clarke, and the rest is history. Tamzin does not regret losing a role, and she is "profoundly grateful to have claimed my own path to be carving it for myself." 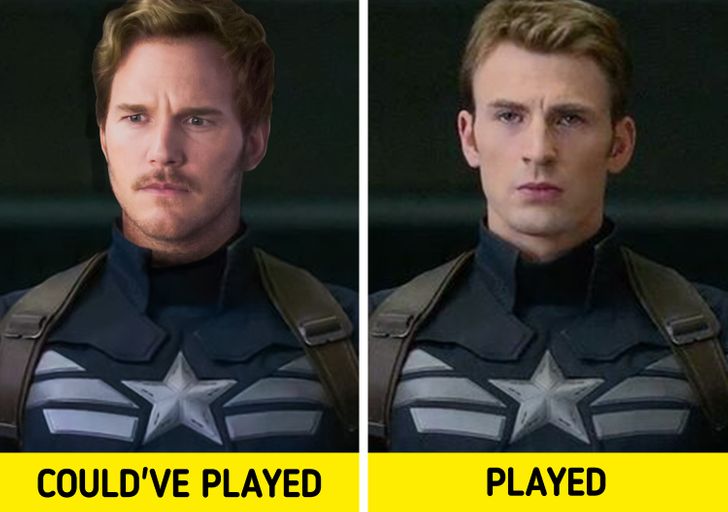 It was the battle of two Chrises.

"He did an audition for Captain America. It was so interesting, but it wasn't quite a fit. But he had so much heart. And I was really tracking his progress and what he was doing and seeing him growing into this leading man."

Though it was his dream, we love that Evans got the role of Star-Lord Peter Quill. It just feels right. 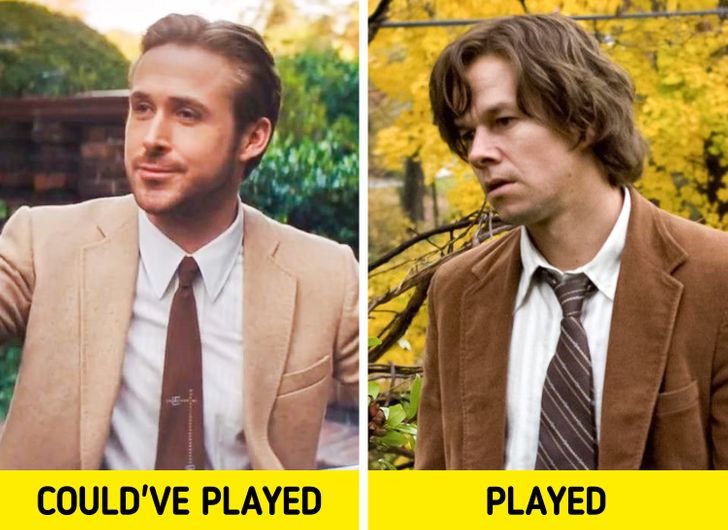 Gosling was fired from The Lovely Bones because Peter Jackson, the director, and Ryan had different ideas about what Jack Salmon should look like.

Gosling even said that he really "believed he should be 210 pounds." That is how the role of Jack went to Mark Wahlberg. 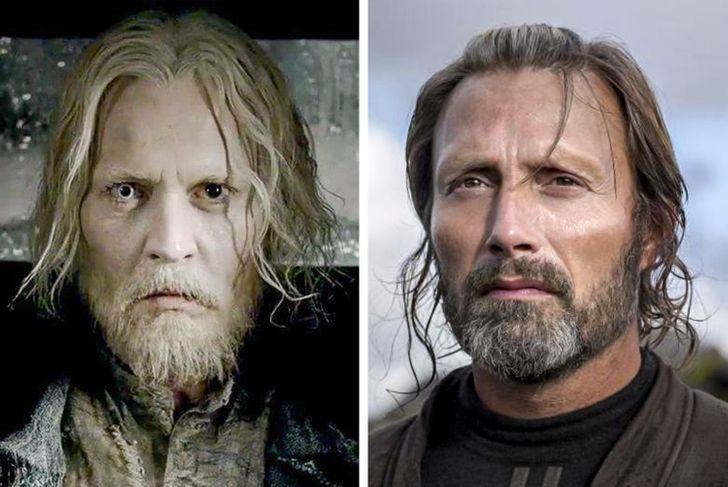 "This is the tricky part. There has to be a bridge between what Johnny did and what I'm going to do. And at the same time, I also have to make it my own."

It won't be an easy job replacing Depp, but Mads has some mad acting skills as well.

13. Johnny Depp vs. Margot Robbie — Pirates of the Caribbean 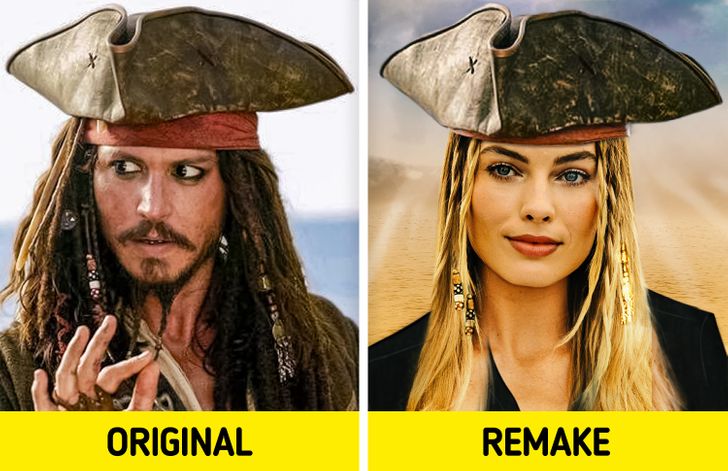 It will be the hardest task in Margot's acting career - replacing legendary Jack Sparrow.

Well, she is not quite replacing, as reinventing the iconic role in the all-new Pirates of the Caribbean. However, Jack Sparrow, as played by Johnny Depp, is one of the most beloved pirates ever made, so we wish Robbie all the luck. 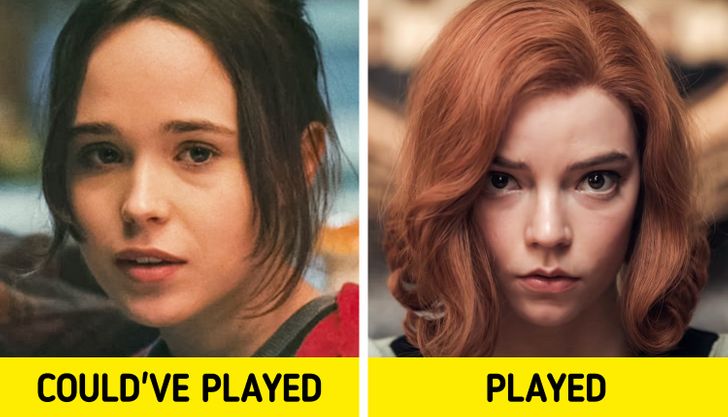 The Queen's Gambit made chess cool again, and one of the main reasons was Anya Talyor's Beth Harmon.

However, things were supposed to look very different. Allan Shiach, a screenwriter, was working on adapting the book with Heath Ledger. The Queen's Gambit was supposed to be his directing debut.

Ledger passed away before ever getting a chance at directing, and he wanted Elliot Page to play Beth. 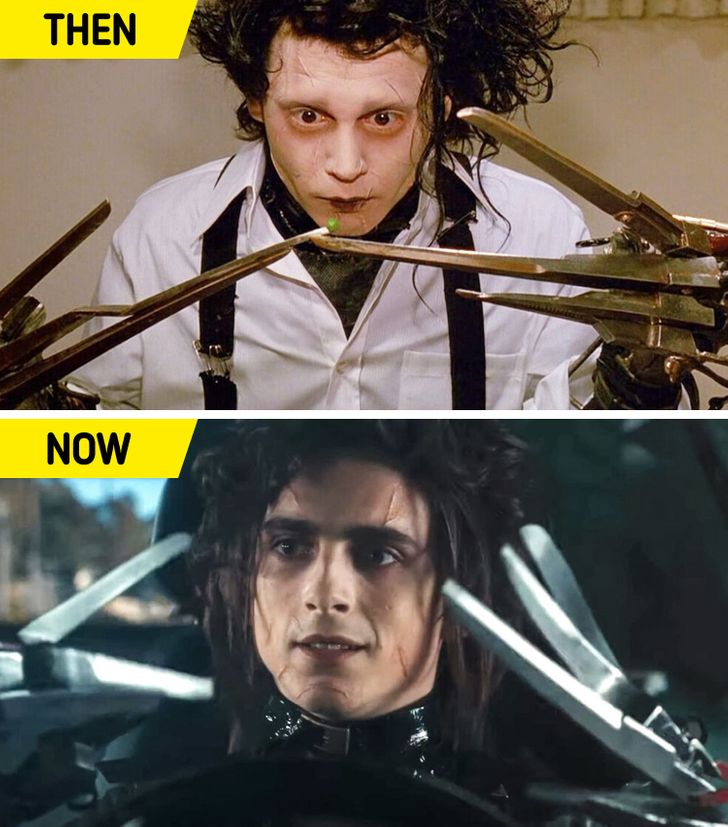 He was so good that fans started wondering why Tim Burton is not thinking about making a remake of Edward Scissorhands with Chalamet in the title role.

Others wanted a sequel with Chalamet playing Edgar, and we are all for it as long as Winona Ryder and Johnny Depp make appearances.

Do you agree with these castings?