His journeys through countries and cousins changed and shaped modern culture, broke down barriers while the chef kept his wit to extend our knowledge.

Bourdain was inspiring, and as such, he had the power to challenge the way we think. Here are just some explanations of how this chef changed food culture and beyond. 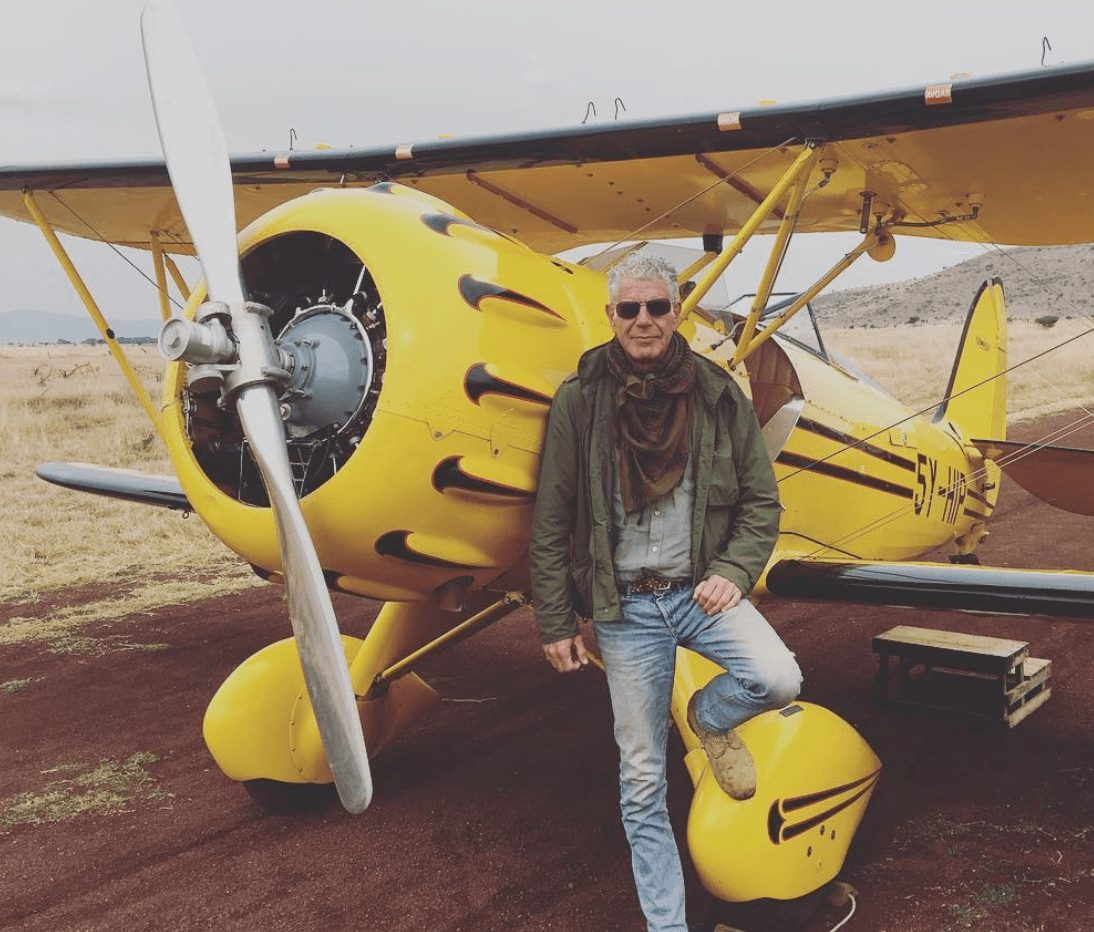 Bourdain wrote in his bestseller Kitchen Confidential: Adventures in the Culinary Underbelly that while you want to know where your food comes from, risks are everything.

Expand your horizons, and have faith that the best dishes come from the most unexpected places. Or in the words of Bourdain:

"I've long believed that good food, good eating, is all about risk. Whether we're talking about unpasteurized Stilton, raw oysters or working for organized crime 'associates,' food, for me, has always been an adventure."

Food's all about the taste 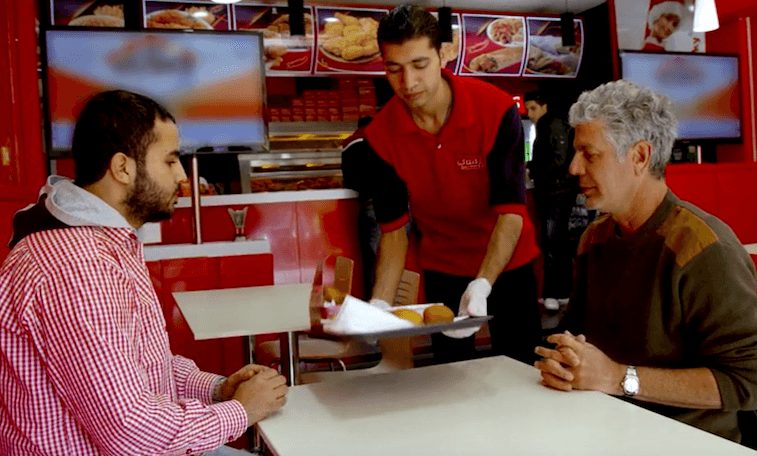 "Some of the most inherently delicious food has been pickled, butchered, braised, stewed, and/or charred in a way that maximizes flavor; visual appeal be damned." 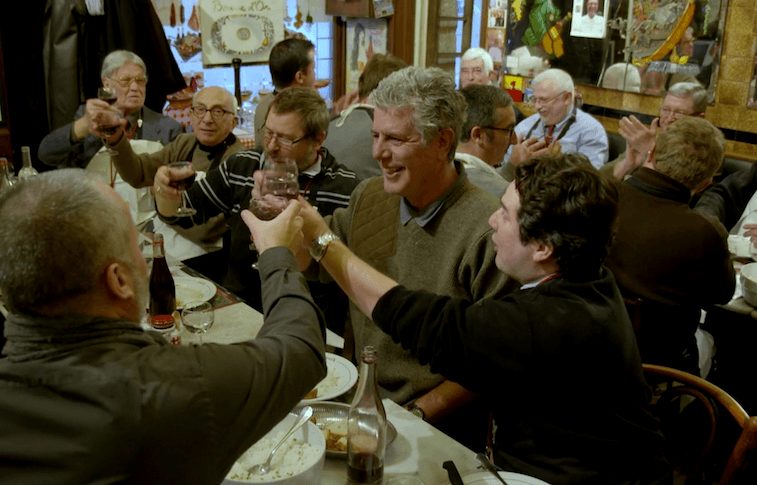 Bourdain was well remembered for never hesitating to share a meal with a stranger. He urged his viewers to seek out local cuisine to get the authentic taste of the region.

You can eat fish even on Mondays 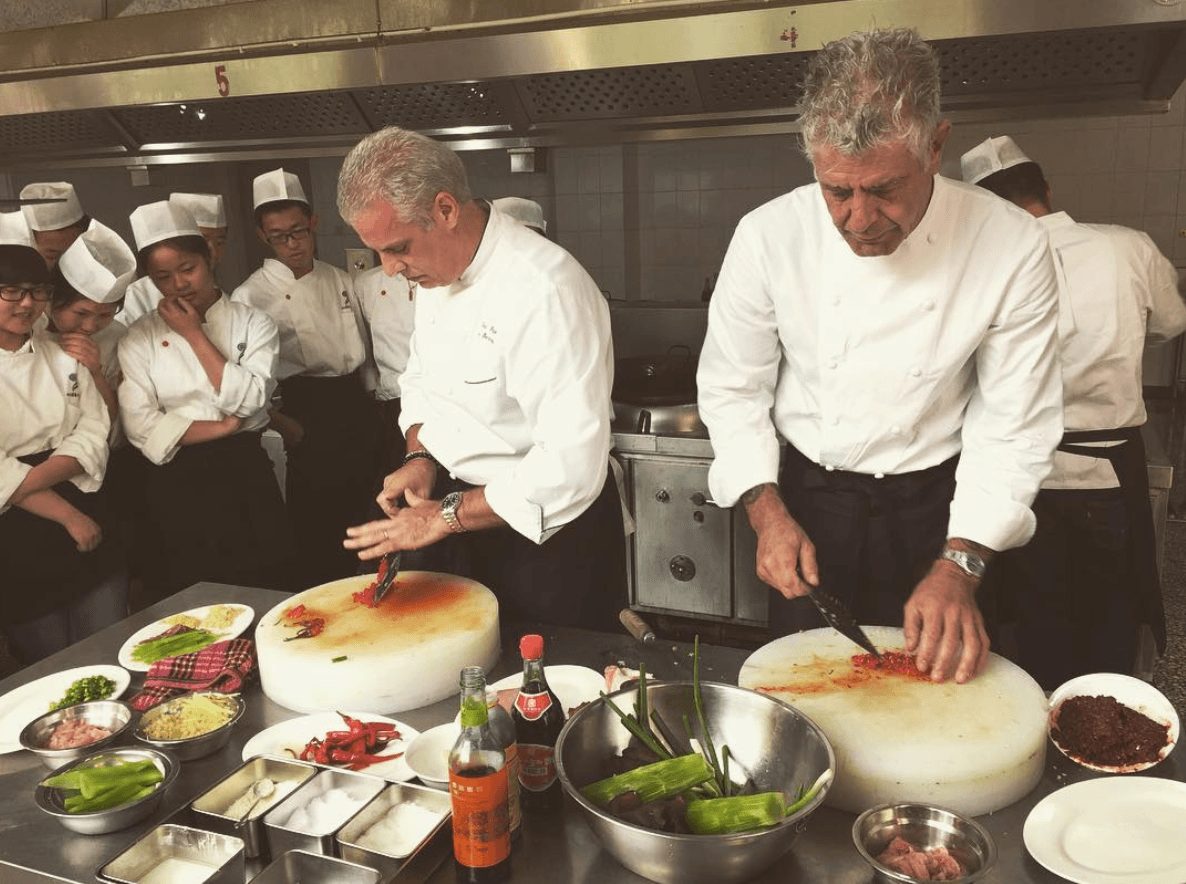 Young Bourdain wrote an essay for the New Yorker, exposing some of the restaurant world trade secrets. It stated that you should never order fish on Mondays since these are leftovers.

Bourdain wished people would stop using that old quote, he said to the Business Insider: 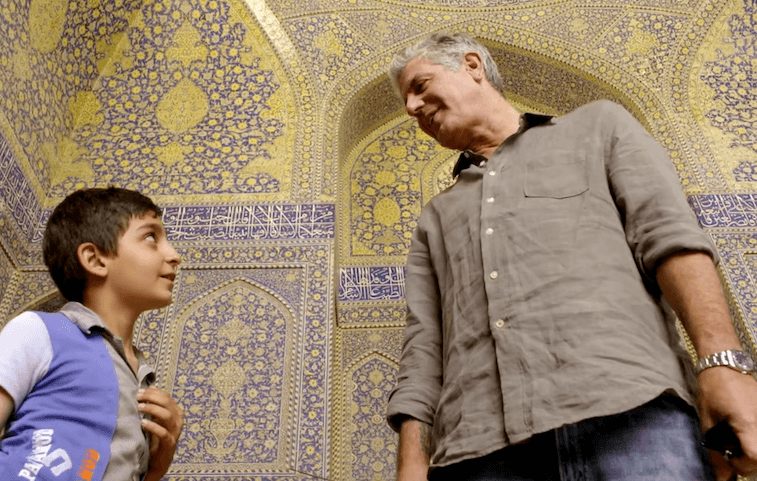 It's not just about the dishes. When you're abroad, the locals should be your friends. They know where to get the best coffee, where to go to dance the night away, so instead of reading guides, do your best to get friendly with the locals.

Here's what Bourdain had to say:

"If a place is crowded, but the people lining up are not local, that's a clue—a bad clue."

"If it doesn't have signs in English, it's almost always worth investigating."

You should learn how to cook 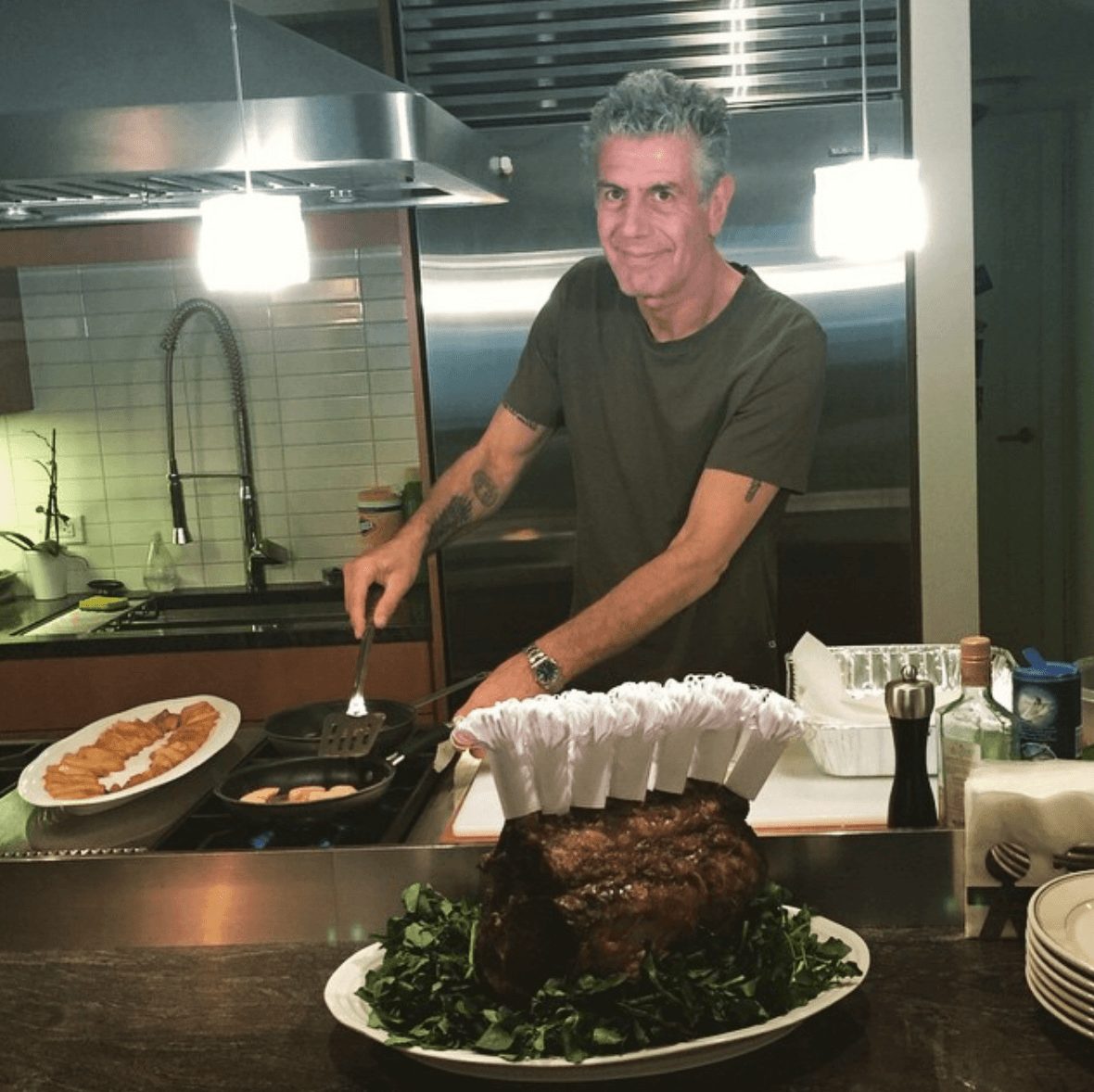 There's no excuse: learning how to cook is vital, and here's what the famed chef had to say about it. You won't be as great as Bourdain, but as the chef explained, you'll be more trustworthy:

"I do think the idea that basic cooking skills are a virtue, that the ability to feed yourself and a few others with proficiency should be taught to every young man and woman as a fundamental skill, should become as vital to growing up as learning to wipe one's own [butt], cross the street by oneself, or be trusted with money," 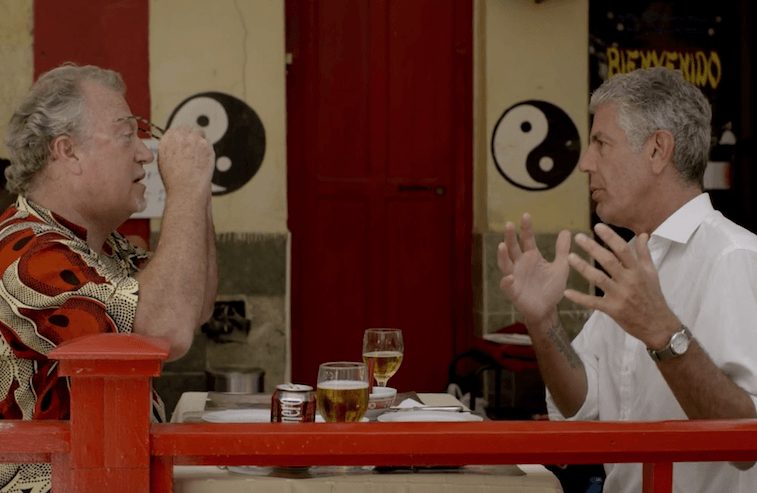 Simple, essential meals are lifesavers. They will save your time, and Bourdain, who was capable of creating everything with food, was more on the minimalistic side:

"Good food is very often, even most often, simple food." 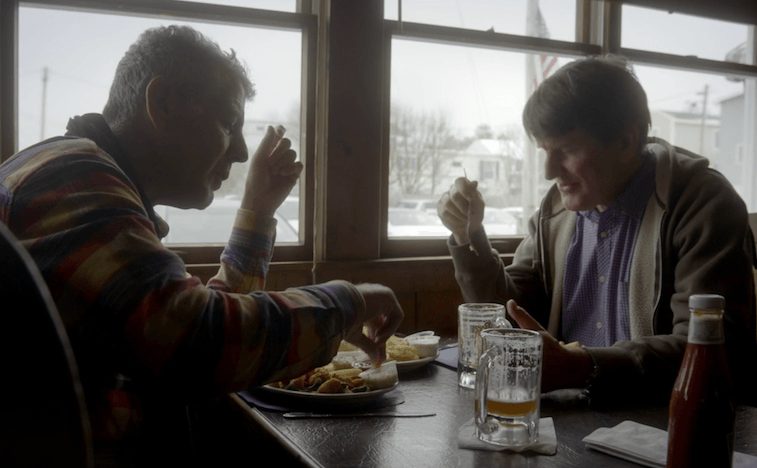 Eating is a mindful act. But, as Bourdain stated, it's never only about the food:

"Meals make the society, hold the fabric together in lots of ways that were charming and interesting and intoxicating to me. The perfect meal, or the best meals, occur in a context that frequently has very little to do with the food itself." 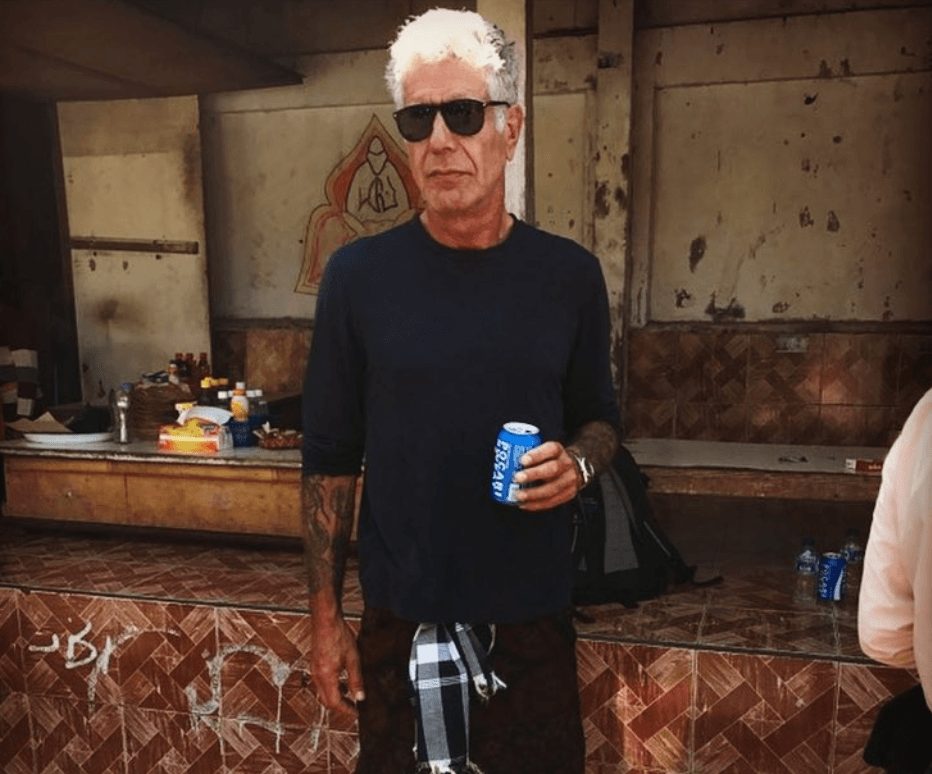 One of Anthony Bourdain's favorite places to eat was the now-defunct Hot Doug's in Chicago. While expensive foods can be tasty, everyone should know that price doesn't guarantee much.

That's why Bourdain loved exploring small, unpretentious places, and his favorite meals were uncomplicated and affordable. 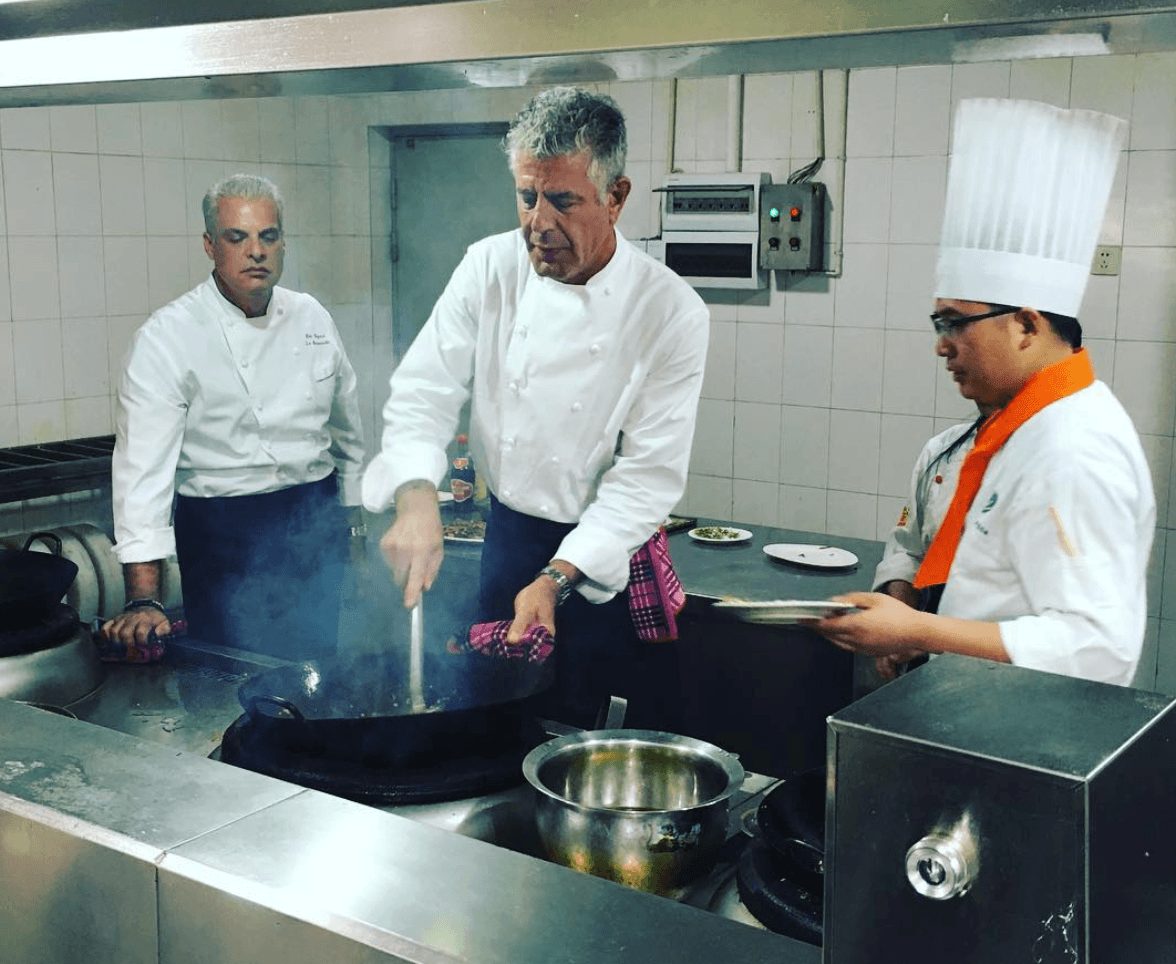 According to Bourdain, butter's every chef's best friend. So, if you're always eating out, you're probably eating way more than you'd like to admit.

"In the world of chefs,… butter is in everything."

Dramatic? You bet, but if you want to reduce butter use, then cook the meals yourself. 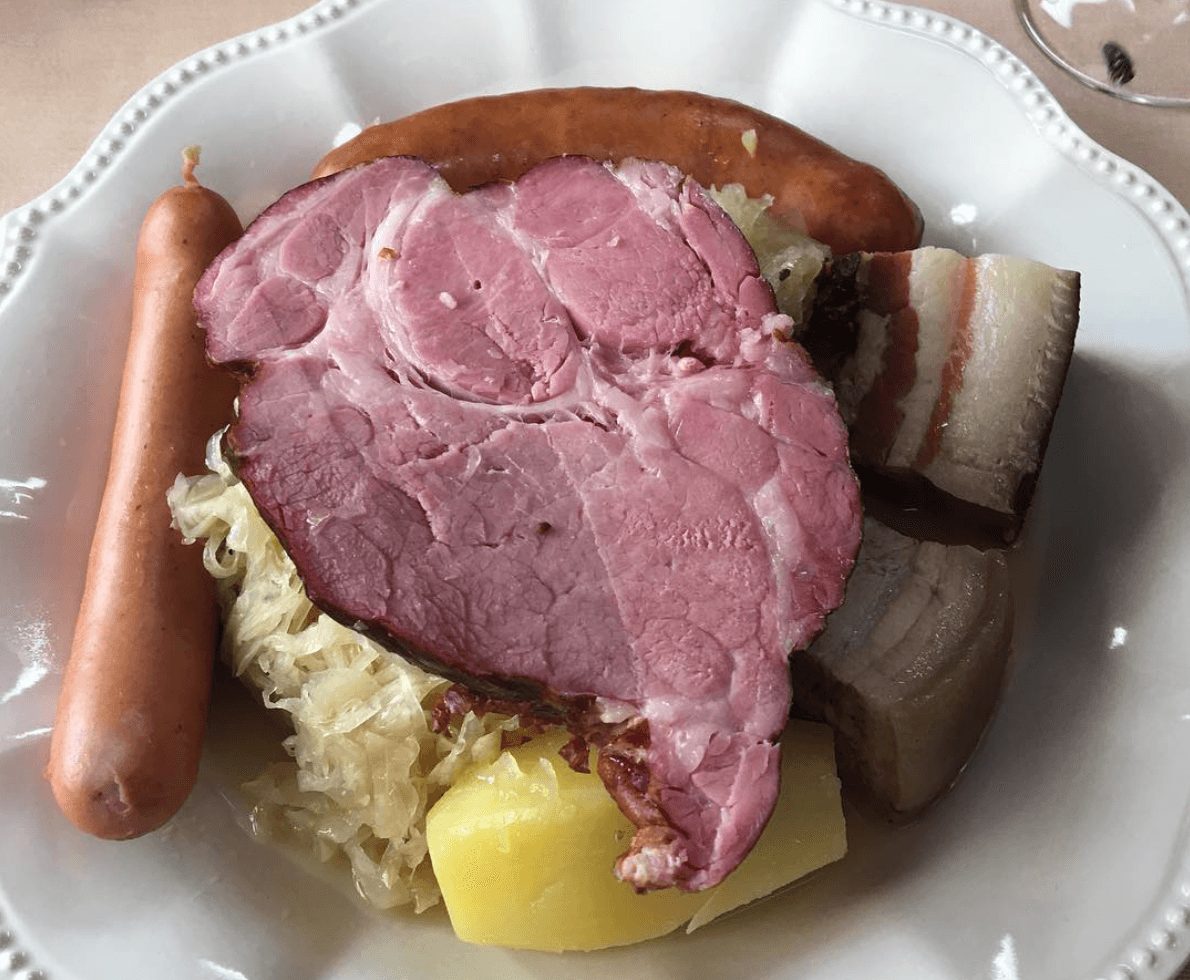 Like many chefs, Anthony Bourdain believed in fresh ingredients over-processed. He wrote in Kitchen Confidential.

"Avoid at all costs that vile spew you see rotting in oil in screw-top jars. Too lazy to peel fresh? You don't deserve to eat garlic." 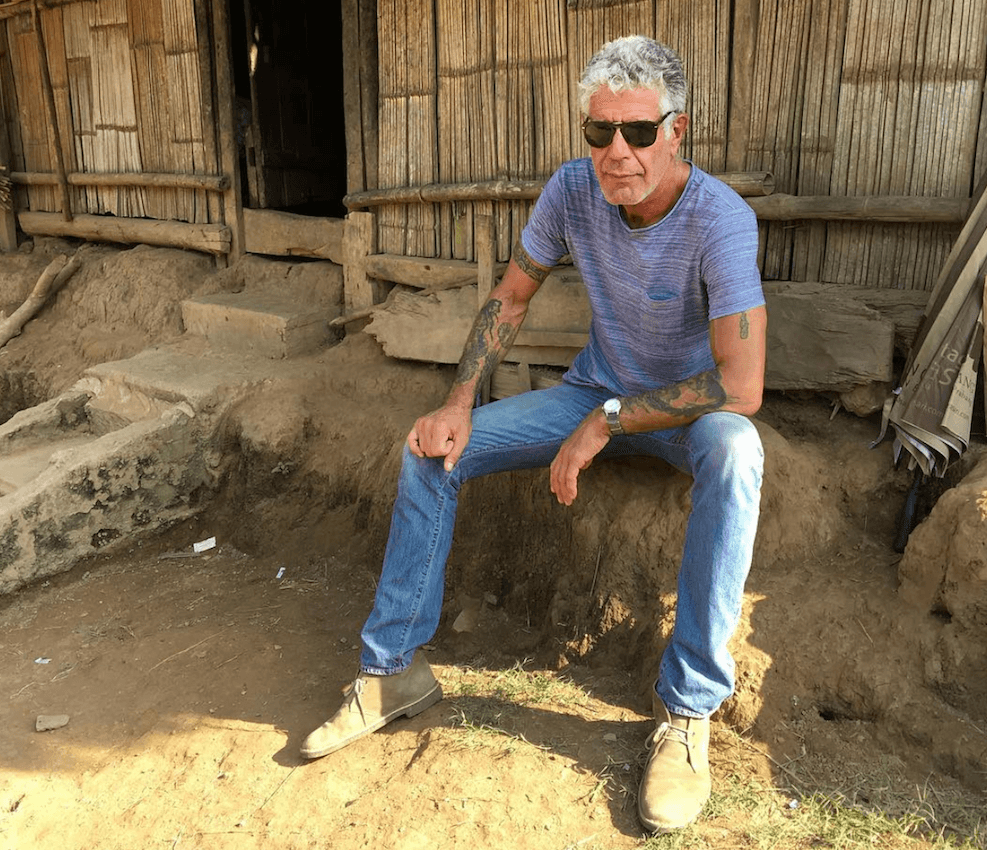 It's not that Bourdain hated the idea of brunch. He just thought they were a proper rip-off and wrote about it in the New Yorker:

"[Cooks] despise hollandaise, home fries, those pathetic fruit garnishes, and all the other cliché accompaniments designed to induce a credulous public into paying $12.95 for two eggs. You can dress brunch up with all the focaccia, smoked salmon, and caviar in the world, but it's still breakfast."