Most women desire to have bigger boobs at one point in their lives, but these ladies take the biscuit.

While we are struggling to determine the best boob size, these ladies have chests that are so big we can't help but wonder how they walk around or stand up straight. Can they even sleep on their stomachs?

Though some of them are all-natural, others have gone to the extremes to get the most gigantic breasts the world has ever seen.

At Thoughtnova, we've compiled a list of 11 women with the biggest boobs you've probably never seen. 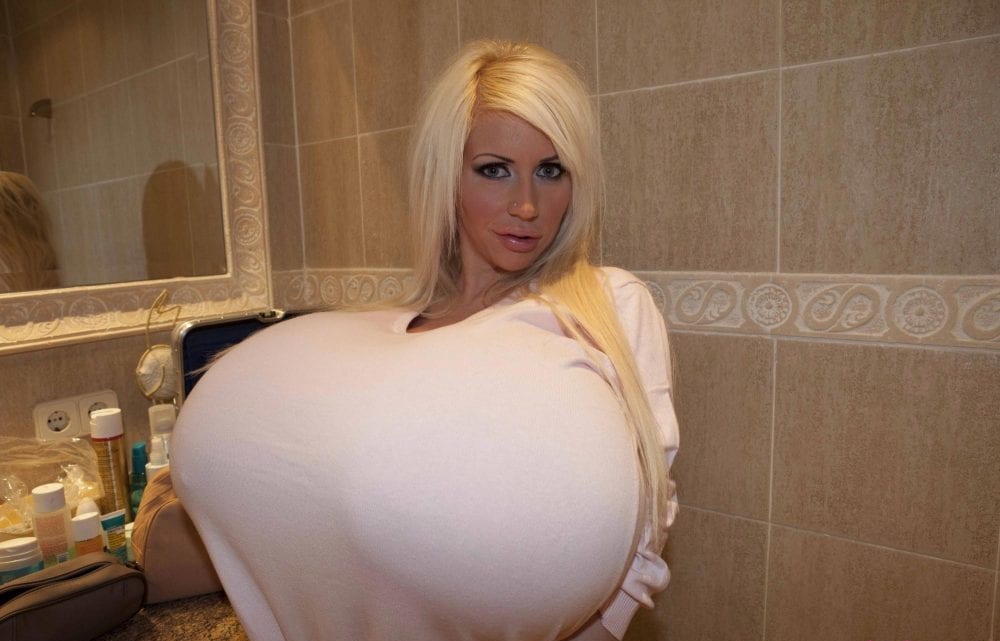 Beshine claims to have the world's biggest augmented breasts! She sports a size 27z.

And at 5'6, her mega gigantic boobs size is quite unbelievable.

Each of Beshine's breasts contains 10,000cc of saline. The average woman gets about 200-400cc, so this is somewhat a leap!

She weighs 130lbs, and her breasts are said to take up over 40lbs of her average weight. She's a self-proclaimed boobie greed monster who just wants to go bigger and bigger. 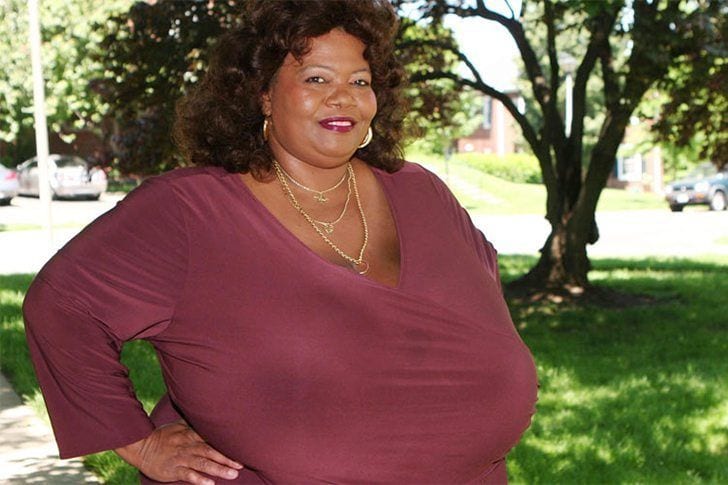 This boob queen is unique as she holds the Guinness Book of World Records. She holds the title of the "woman with the largest natural breasts in the world." Hawkins wears a 52L bra.

Hawkins claims her large chest started developing when she was 9. She actually has breast hypertrophy, a medical condition that causes breasts to grow at alarming rates.

Each of her breasts weighs around 56lbs. Many doctors have advised her to get a breast reduction, but she doesn't want to mess with her nature. 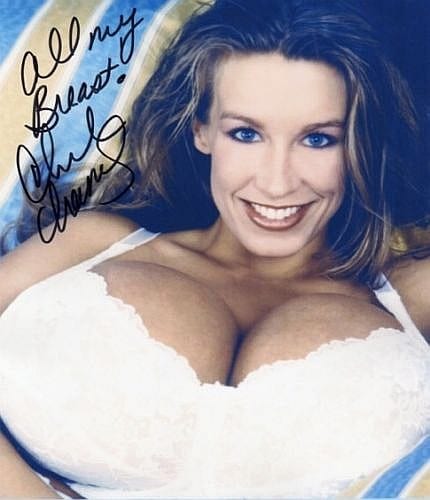 Born in 1976, Charms began developing huge boobs at a young age. Before she started working as a breast model, she was a pole performer with Natural D Cups.

Charms made history in 2000 after she received polypropylene string implants, also known as string breast implants. These implants boost breast growth, causing them to swell with fluid.

So, her boobs are constantly growing. In fact, Charms' doctors have estimated that her breasts have enlarged from the original 2500cc they contained on the day of surgery to over 7000cc today. 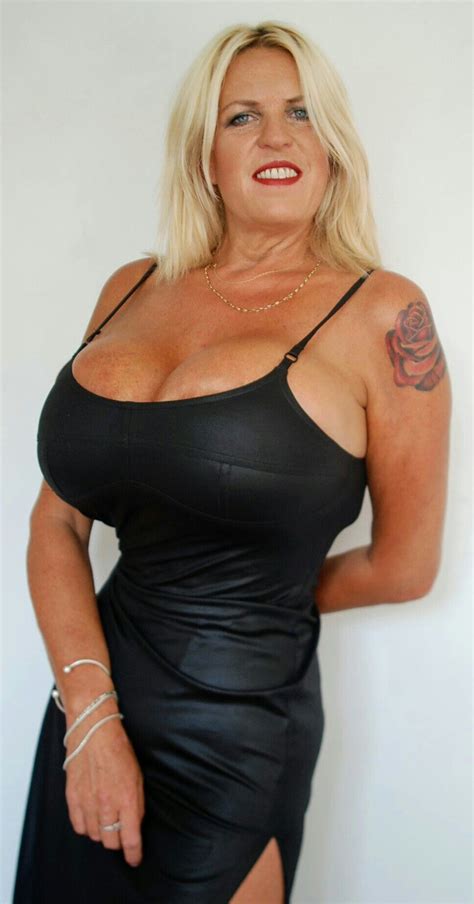 Perkins is at the top list of women with the hugest breasts in Britain. That's not the only thing unique about her.

Perkins is also seeking the title of "smallest waist" too. At her current 24 inches, she's unhappy and prefers to squeeze down to a 22. 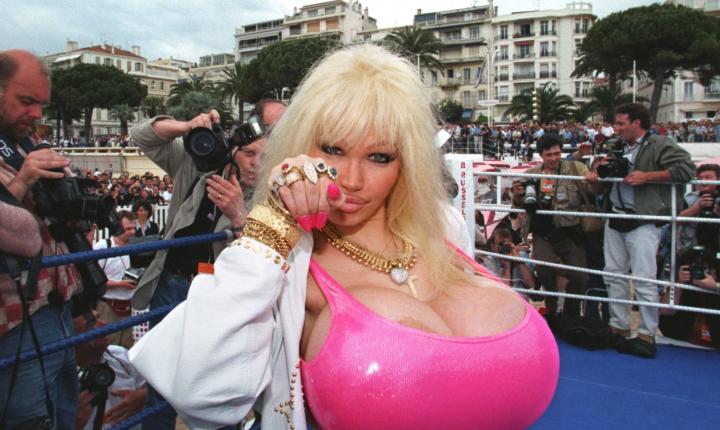 Lolo Ferrari, also called Eve Valois, was born in February of 1963. She was a French dancer, actress, and singer, who held the "World's Guinness Record for largest breasts in France."

Encouraged by her husband, she underwent 22 breast augmentations. However, she required a specifically engineered bra and multiple medications to reduce pain from her enlarged breasts.

Sadly, she has been quoted that she went through breast enlargement because she "couldn't stand life." Lolo died in 2000, at 37, soon after winning the European Large Breast Championship. 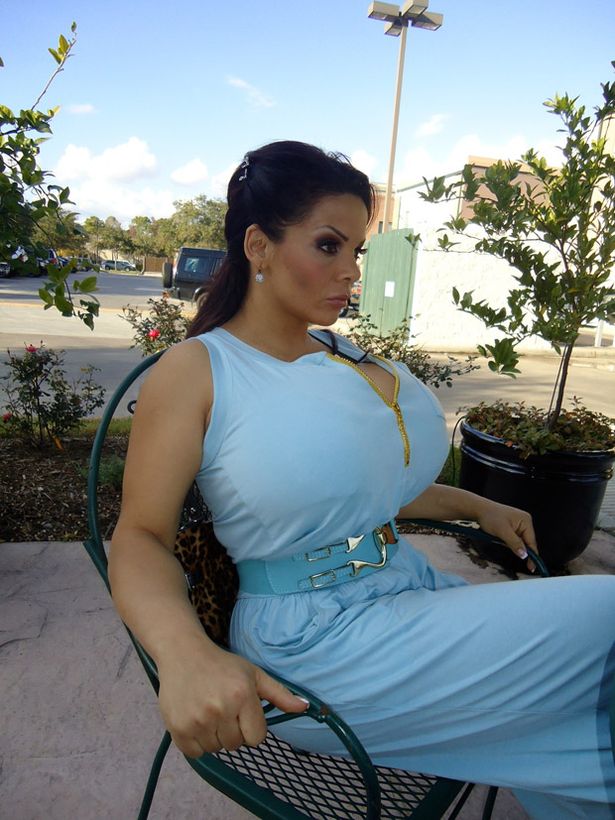 This Brazilian boob queen is known for her massive assets. In 2008, after eight operations, Hershey's size was recorded as 38FFF.

Doctors in the US advised her not to enlarge her breast further. However, she went to her native Brazil for her last surgery. Her boobs size was increased to 38KKK. Each breast contained 3000cc of silicone.

However, this surgery left her with a staph infection which forced her to have the implants and most of her own breast tissues removed. 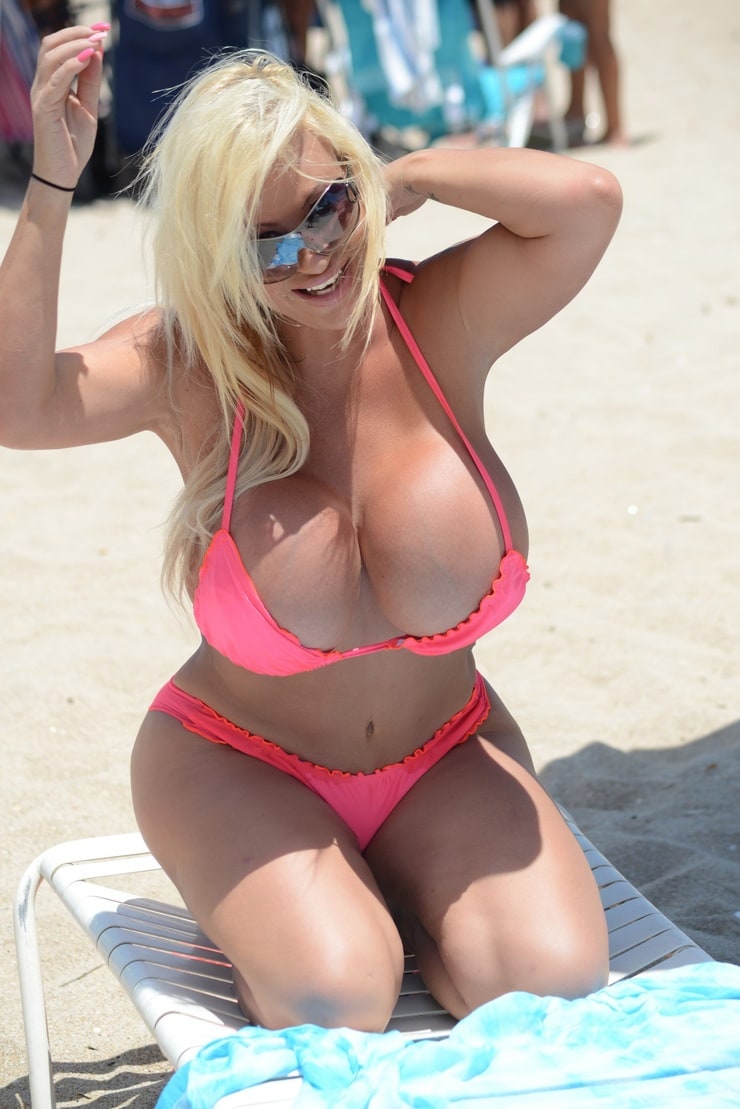 Lacey wants to have the biggest boobs in the world. At 48 years old, she had undergone over 13 breast augmentation surgeries.

Wildd has even spent over $300,000 on breast implants, and she's not stopping soon. Lacey's long-time dream was to have boob implants that'd glow in the dark.

Imagine how exciting that would be at parties! 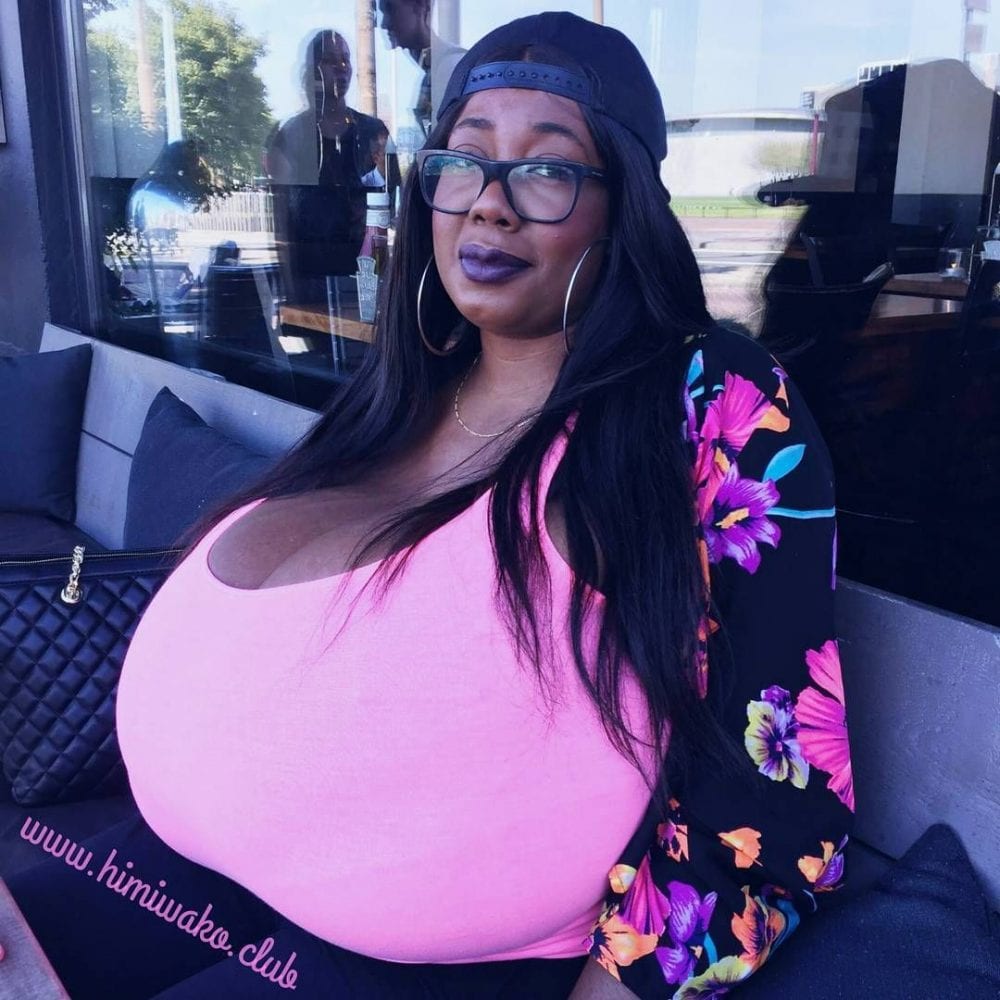 Miwako is yet another woman claiming to have the "largest breasts" in the world. Like Annie Hawkins, her boobs are all-natural.

A genetic condition similar to Hawkins's has caused her extensive breast growth. Unfortunately, according to her, she might need a breast reduction treatment in the future.

But for now, she hopes they don't grow much more. 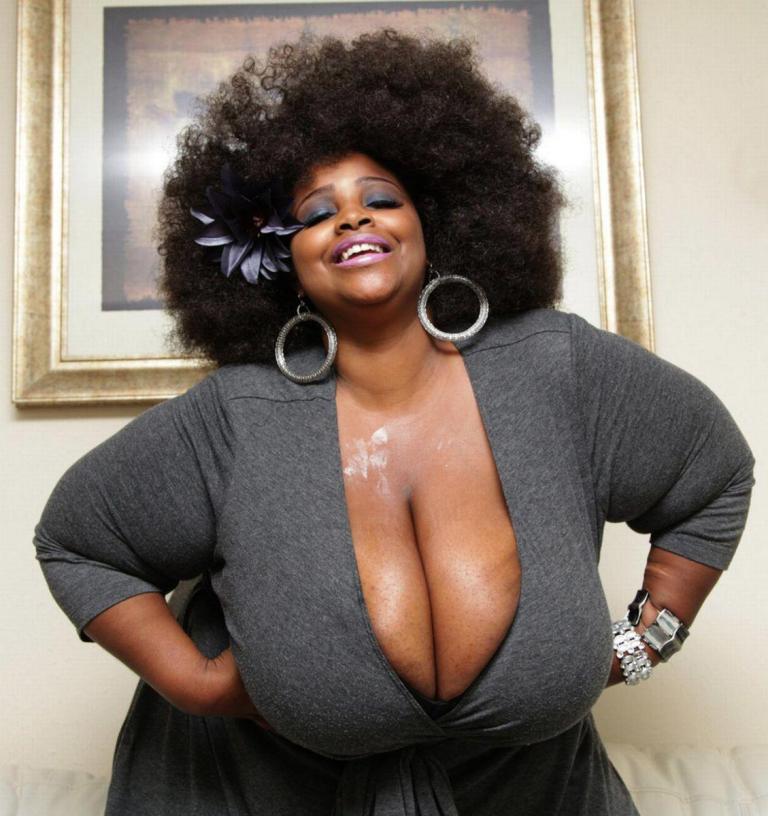 Kristy Love from Atlanta, Georgi, is another boobs queen with the "largest natural breasts" in the world.

She's a masseuse, earning over $1,000 a day smothering clients with her ginormous assets. She sees clients interested in massages or adult entertainment.

Love claims her boobs massage will "keep you focused on the present and give you the opportunity to experience all aspects of your nature, not just a part of your persona." 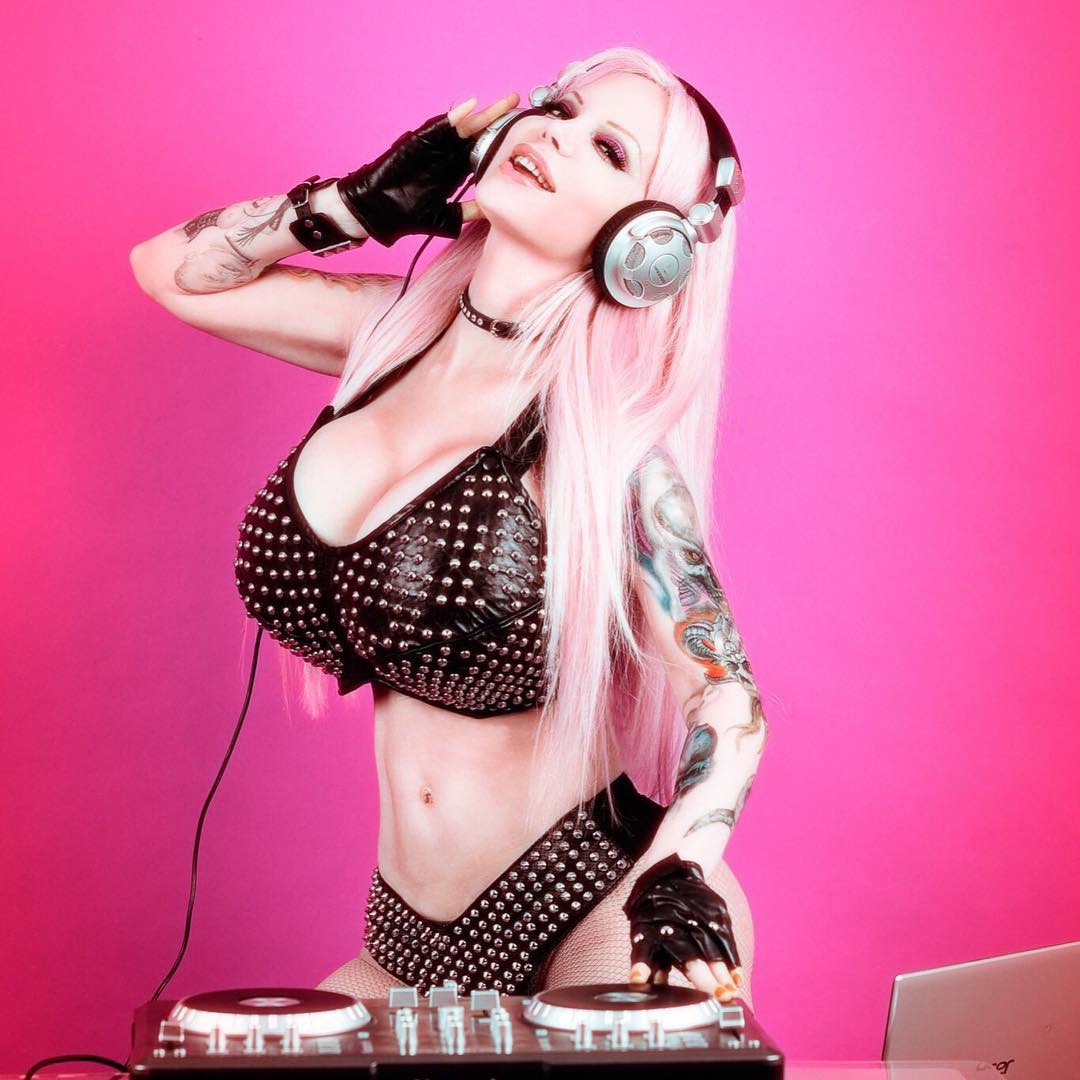 This big boobed star is an Argentine television host, rock star, and actress. She's a celebrity in her own right, but her large implants have a fan following of their own. 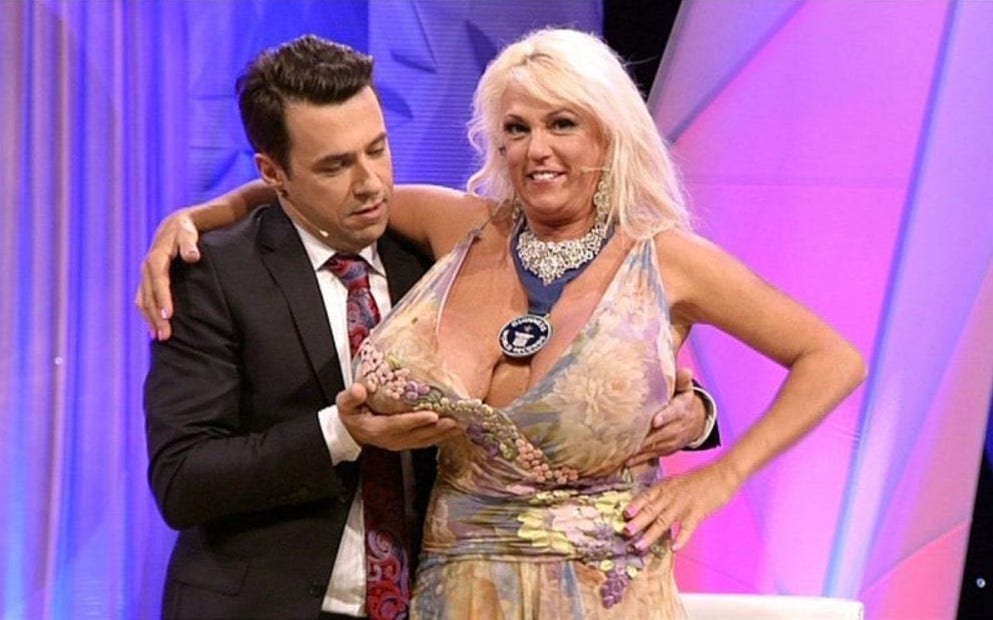 Susan, from Boston, goes by the name Busty Heart, and she has become famous for smashing objects with her size 34m breasts. At one time, she effortlessly crushed a can of soda with them!

She has also been featured on America's Got Talent and the TV show Botched. Her ginormous breasts have made her lots of cash, so she had them insured with their own policy.

15 Signs You Need To Grow Up & Get Your Life Together

Are You Texting Too Much? 10 Signs It's Time To Put The Phone Down