The French Normandy-style property at 10050 Cielo Drive, Beverly Hills, became known to the world once the Manson family killed five people in one night.

Secluded home on a dead-end street about halfway up Benedict Canyon was meant to be a place for relaxation for the Hollywood elite. Instead, it became one of the most recognized murder houses, the Manson murder house.

The property was surrounded by trees and included a pool, wishing well, and garden, with a 3,200 square foot main house and 2,000 square foot guest cottage.

There was no dark history hidden inside the walls of the 10050 Cielo Drive property. But, that all changed on August 9, 1969, when the Manson family broke in and turned a peaceful vacation home into a slaughterhouse. 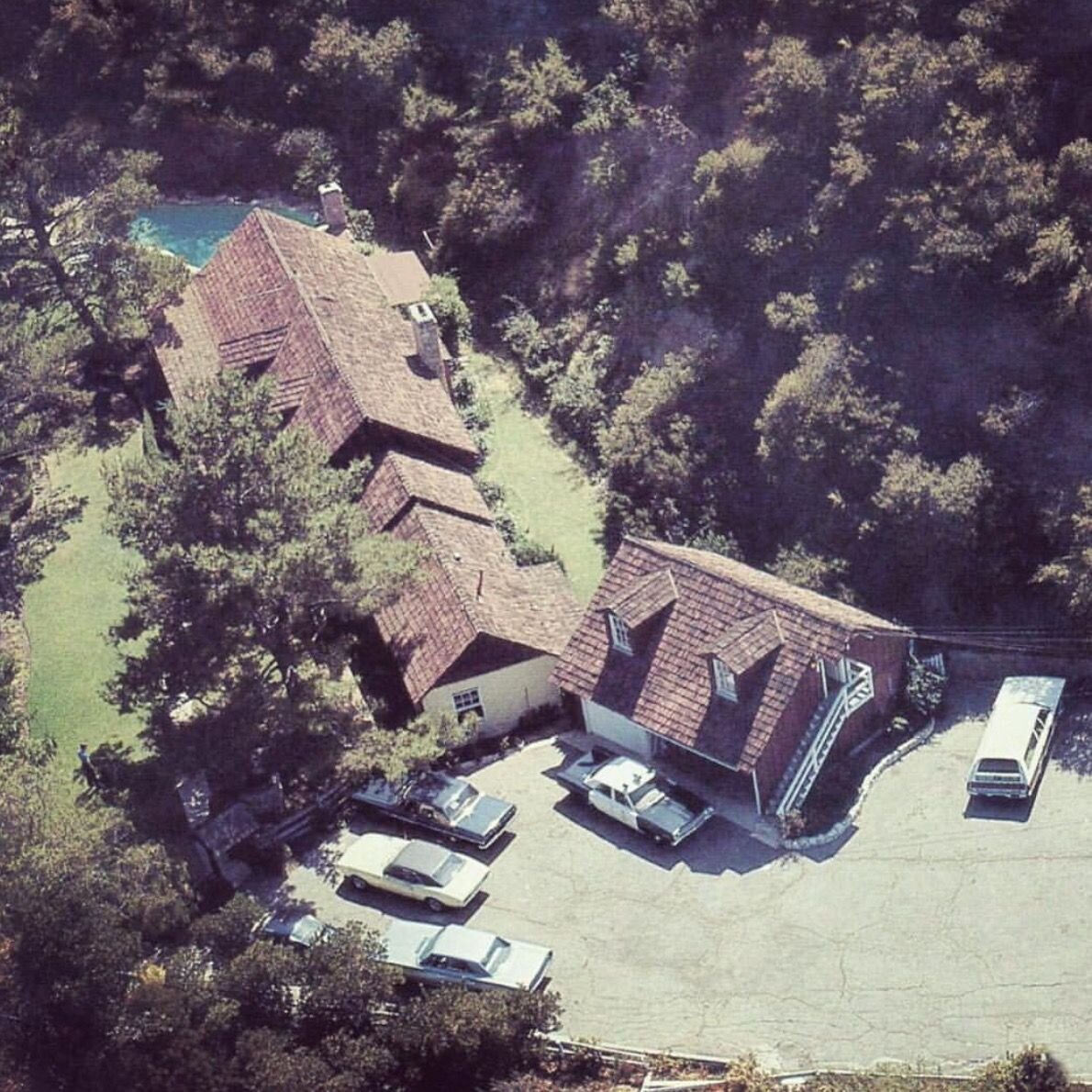 Michèle Morgan, a young up-and-coming French actress, bought the home in 1941. After fleeing her home country, she was ready to start over in Hollywood.

The property was J.F. Wadkins's work, and it represented a modest, European-inspired home away from home.

As her career never truly kicked off, she went back to France. Morgan only lived on the 10050 Cielo Drive property in 1944 and 1945 and sold it to Dr. Hartley Dewey and his wife, Louise.

Gish later spoke about her experience at 10050 Cielo Drive:

"I was perfectly happy there. The air was clear and sweet. The view was gorgeous. I rested and read and took care of myself." 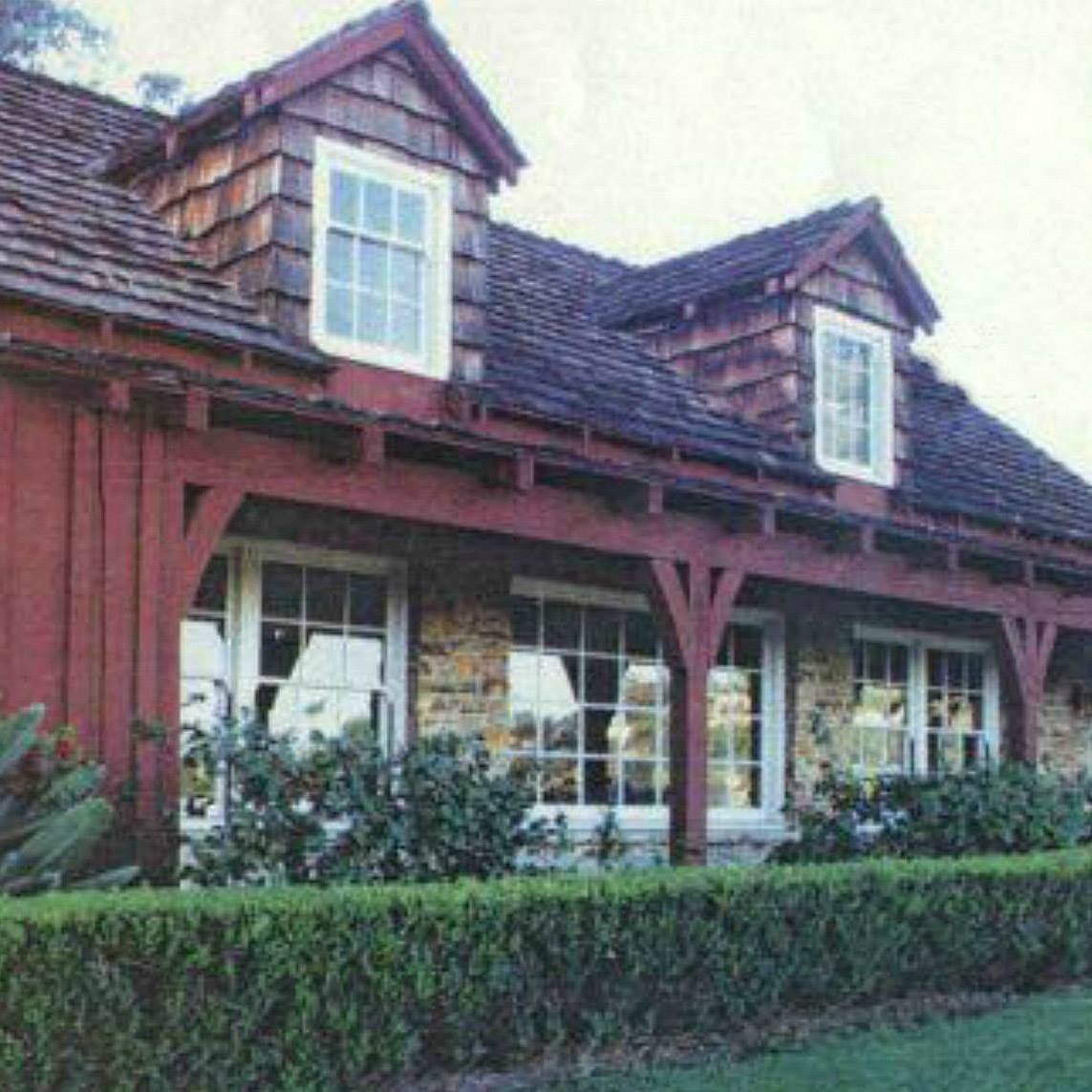 It is not clear who was staying at the property between the late 40s and the early 60s. But, the home was once again in the spotlight when Rudolph Altobelli, a Hollywood agent, bought it in 1963.

Soon, it became a hot spot for A list celebrities who wanted to get away from the overcrowded Los Angeles. The property on the edges of Beverly Hills was equally romantic as it was wild.

Cary Grant and Dyan Cannon spent part of their honeymoon at 10050 Cielo Drive in 1965.

Melcher used the property from 1966 to early 1969. During that time, he met Charles Manson and later testified at his trial.

This connection and Manson's idea that he should be bigger than the Beatles seemingly led to the 10050 Cielo Drive murders of five people and two more victims in Central Los Angeles. 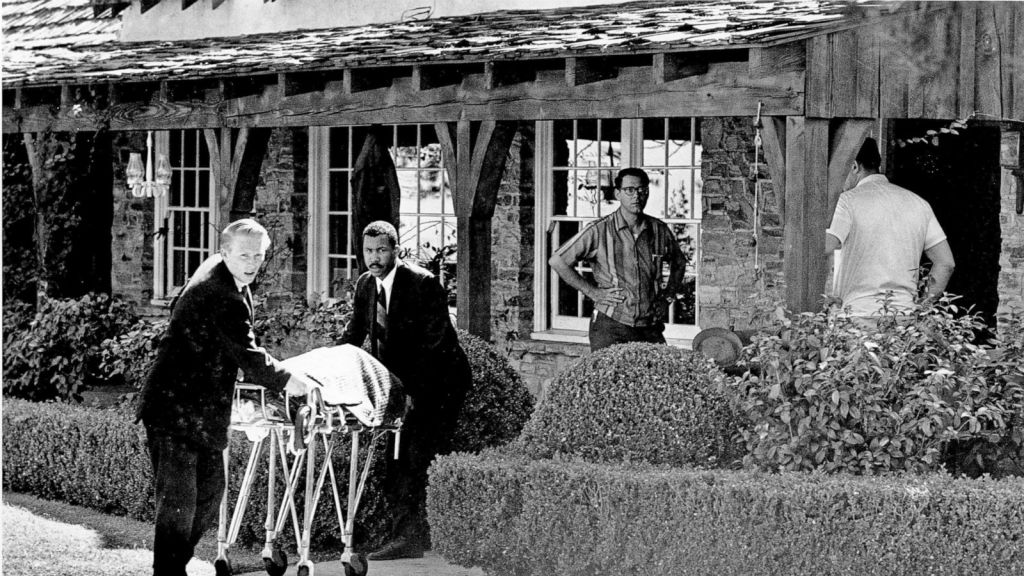 Melcher tried to be a performer but was better at producing music. He worked with several big names of the 60s, including The Beach Boys.

Melcher and his girlfriend, actress Candice Bergen, lived on Cielo Drive, and in her book, she described the property:

"It was a fairy-tale place, that house on the hill, a Never-Never Land far from the real world where nothing could go wrong."

It was the IT place for celebrities and wannabes, and Manson was the latter. Melcher never took him seriously, which made the Manson family mad.

Melcher and Bergen moved to Doris Day's Malibu home in January 1969. Roman Polanski and his 26-year-old wife rented the home, as the pregnant star called it a "love home."

Altobelli confirmed that Charles Manson came to the property in March 1969, asking for Melcher.

Manson Was Sniffing Around The Property In March 1969 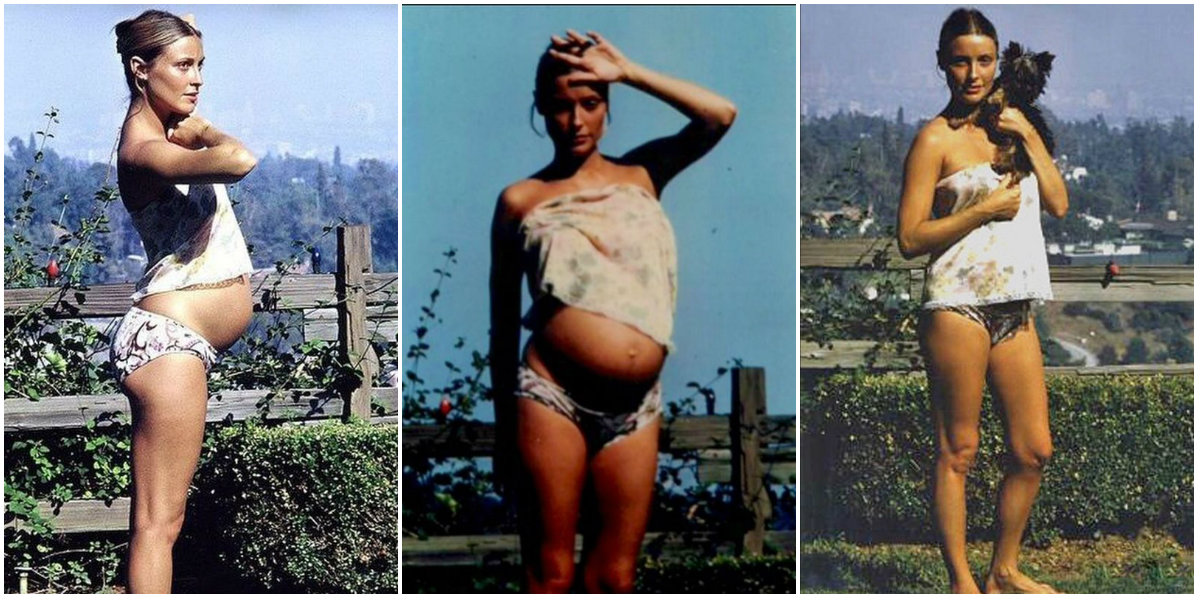 Manson was informed that the producer no longer lived there, but Altobelli later recalled that Manson saw Sharon Tate.

The beautiful new IT girl was pregnant with her first child. So, despite common misconceptions, Manson knew that Melcher would not be in 10050 Cielo Drive on the night he sent his killers to slaughter Tate and her guests. He also must have known that Sharon was heavily pregnant.

By sheer luck, Polanski was in London, finishing a movie.

The director left his wife, eight months and a half months pregnant, with his good friend Wojciech Frykowski, his girlfriend, the heiress Abigail Folger, Jay Sebring, Tate's friend, and Steven Parent.

On August 9, Parent, only 18, was leaving the property when he saw Charles "Tex" Watson, who, with Patricia "Katie" Krenwinkel, Susan "Sadie" Atkins, and Linda Kasabian.

Steven Parent was officially the first victim of the Tate-LeBianca killers. He was visiting the property's caretaker, and it was Tex who shot and slashed the boy. 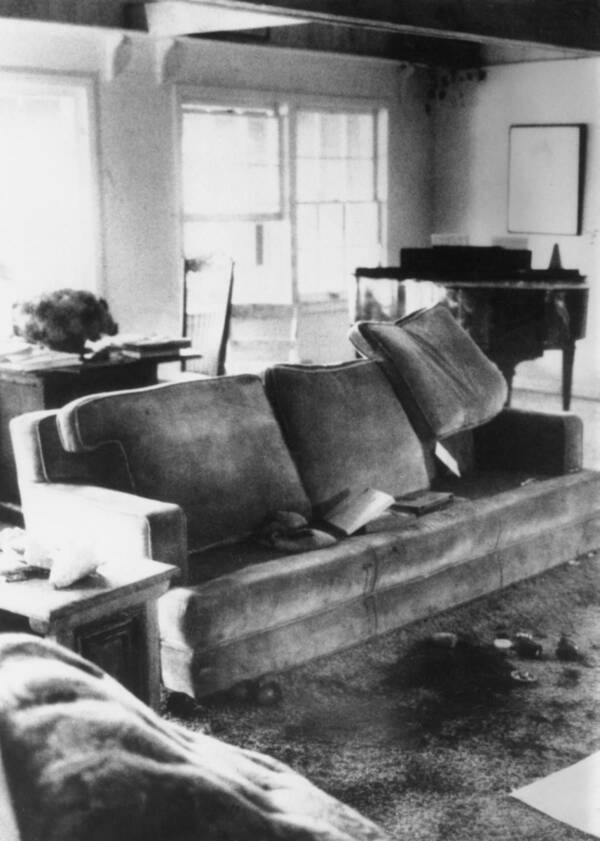 According to some sources, Steven may have been the last victim. But, that is pure speculation, as the fact remains that the teen lost his life to the Manson family's madness.

Tex had orders from Manson to "totally destroy" everyone in it and to do it "as gruesome as you can." The three women with him were following these orders.

Watson (Tex) first cut the phone lines. Then, he entered the house through the window, letting Atkins and Krenwinkel in through the front door. 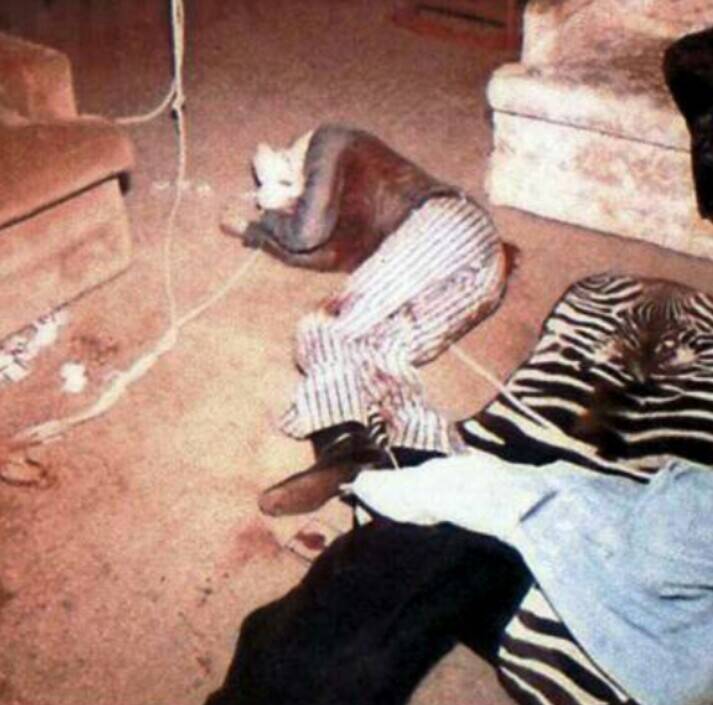 The noise awoke Frykowski, who asked Tex who was he, to which he replied: "I'm the devil, and I'm here to do the devil's business."

The remaining three people were gathered in the living room, alongside Frykowski. Sebring complained that Tate was pregnant, so he was the first to die.

Folger managed to escape the house, but she did not get far. She was stabbed 28 times. 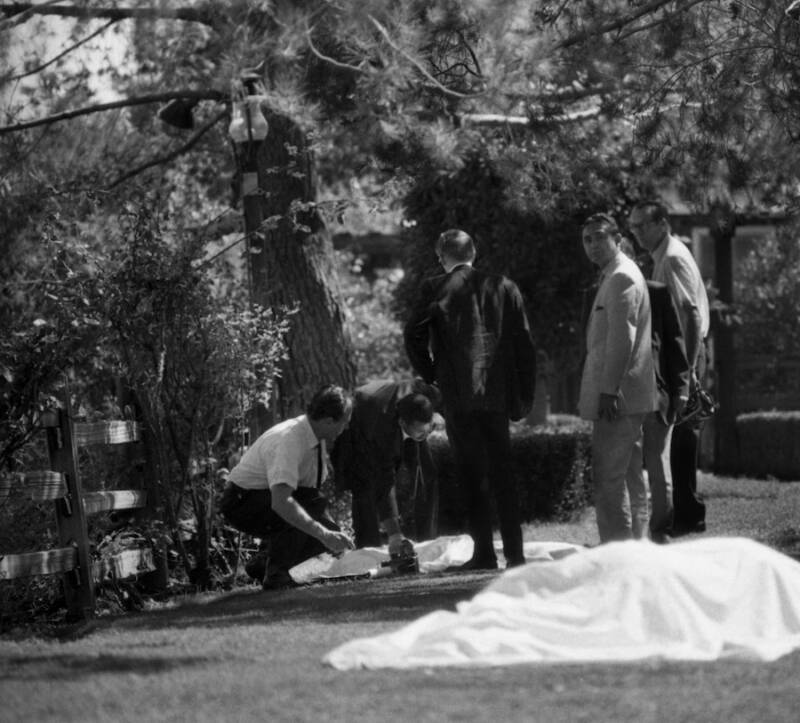 Sharon Tate begged them to let her baby live, offering herself as a hostage. Atkins and Watson stabbed Tate 16 times, and she died only days before her due date.

It was a horrific crime, not only because five people lost their lives before dawn. They were tortured, in pain, and their blood was used to cover the walls with messages like "political piggy," "pigs," and no one knew why. 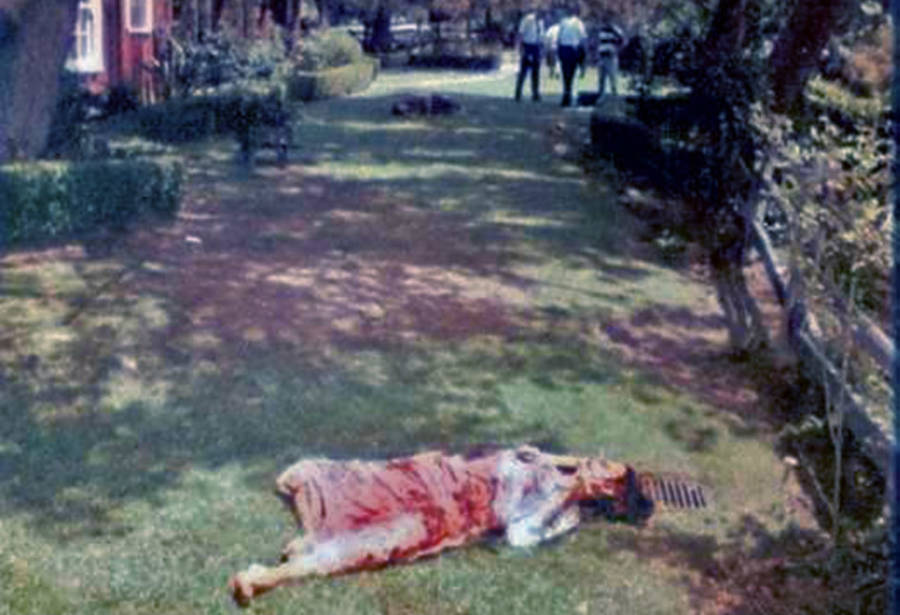 The Polanskis' housekeeper, Winifred Chapman, had arrived for work that morning and discovered the slaying scene. But the Manson family was still unhappy.

Charles Manson wanted to show his "family" how it's done, so the following night, they slaughtered Leno LaBianca and Rosemary LaBianca.

Were The 10050 Cielo Drive Killings A Get Out Of Jail Card? 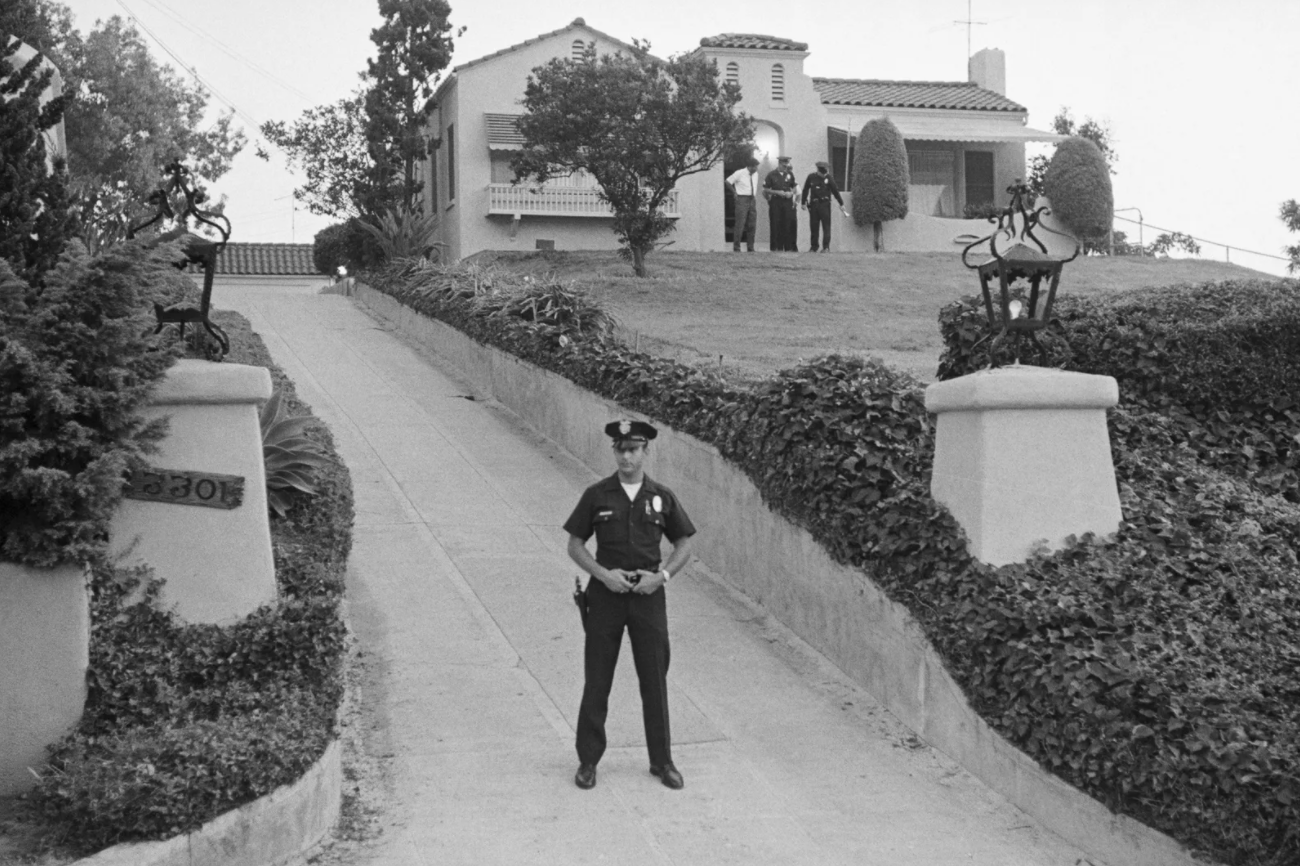 There is a misconception that slayings in 10050 Cielo Drive were the first ones committed by the Manson's family.

Bobby Beausoleil, a cult member, was in prison for murdering Gary Hinman. Hinman was found dead on July 31, 1969. Bobby was arrested only a week later.

Manson and his family were trying to set Beausoleil free by trying to prove that the police had the wrong man responsible for Hinman's death. Atkins confirmed that this was the plan all along.

Of course, there was another massive element: Charles Manson and his cult were dreaming of Hollywood, and by the summer of 1969, it was clear that dream was going nowhere. 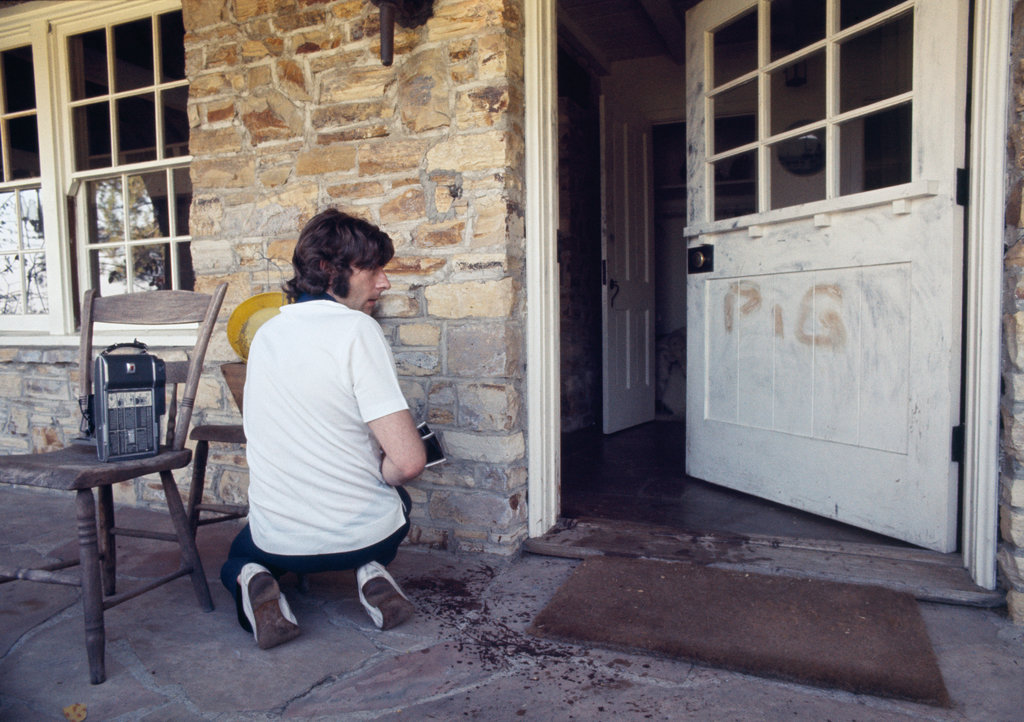 The murders were planned to satisfy Manson's thirst for violence and keep his position as a cult leader. It allowed him to continue his predatory behavior, feed his ego, and bring him money. Manson girls often prostituted themselves, as the guys were playing with drug deals and weapons.

At least Manson succeeded in one thing: he became worldwide (in)famous and earned plenty, despite living in prison most of his life.

Why did "the family" choose the 10050 Cielo Drive property? Manson partied there before Polanski and Tate moved in and knew the property. The fact that Sharon Tate was gorgeous and popular secured Manson a place in history. 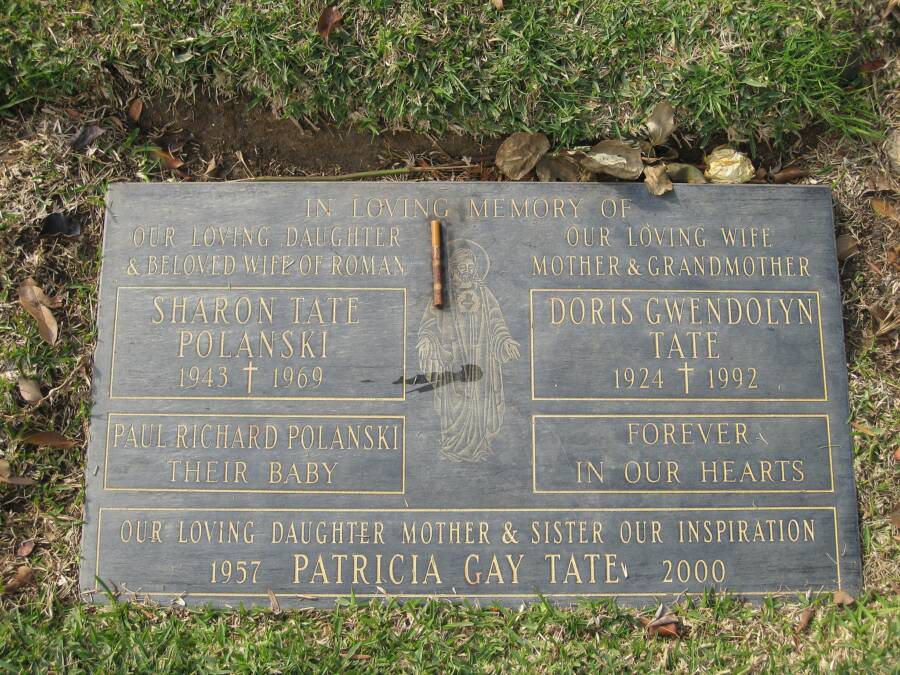 Altobelli continued living on the property until the late 80s. He moved in three weeks after the murders and even complained about bloodstains. He allegedly sent a bill to the Tate family for the repairs.

Altobelli also complained when Polanski posed in front of the home where his wife died. The director wanted pictures to show the psychic to help him find killers of his wife, unborn child, and friends.

John Prell bought the property in 1989 for 1.6 million USD. Three years later, it was bought by Alvin Weintraub, who was, like Prell, a real estate investor. 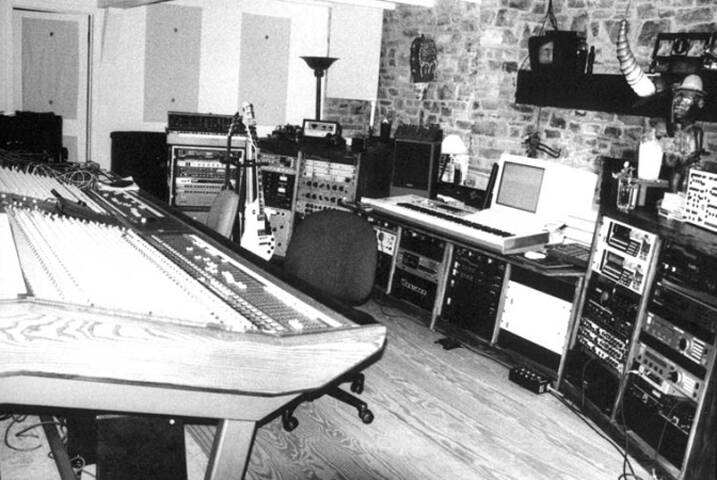 In the early 90s, the home was a recording studio for Trent Reznor of Nine Inch Nails. However, he felt that there was too much history and didn't stay on the property long.

Reznor, at the time, met Sharon Tate's sister, and when she asked, "Are you exploiting my sister's death by living in her house?" he knew it was not a place for him.

Weintraub started reconstruction in 1994. After the new property was built, it got a new name and an address. It became Villa Bella on 10066 Cielo Drive. 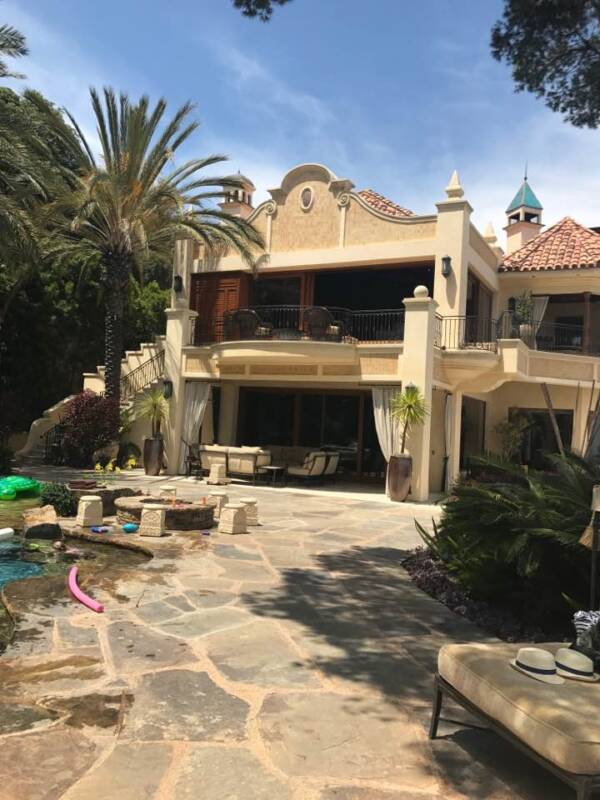 Jeff Franklin bought the villa in 2013 but decided to sell it in 2019 for nearly 10 million dollars.

10050 Cielo Drive property no longer exists. What was once a house of love turned into a house of horror. The only things left are the devastating images and numerous clips showing how a paradise turned into a slaughterhouse—a mad man's playground.