So, if you happen to be involved with a narcissist, today you will get to know about their controlling mind games. This list should help you avoid going crazy due to these sick games.

The mind games narcissists play are more dangerous than most people imagine. Some people have ended up in therapy after these exploitative encounters with narcissistic people.

So, these games might be familiar to you, especially if you are involved with a narcissist or someone with narcissistic traits. 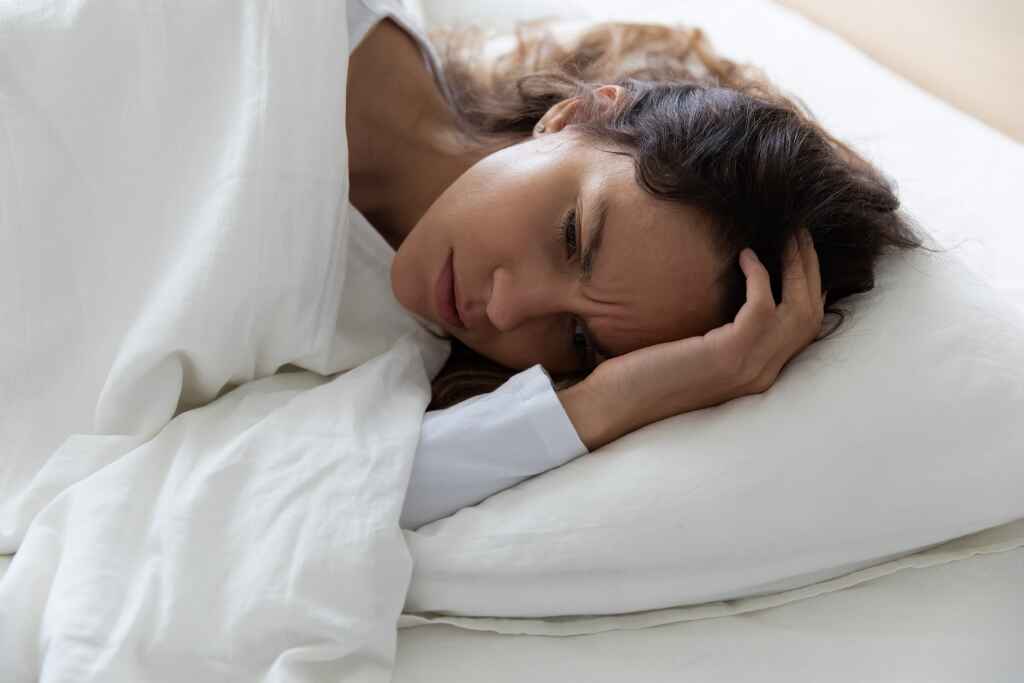 The term gaslighting has become quite popular in the last couple of years. Gaslighting is one of the mind games narcissists play to sow confusion and make you doubt everything about yourself.

This game involves making you feel like you are running mad. Therefore, gaslighting is one of the most vicious mind games narcissists play on their victims.

When gaslighting you, a narcissist will find a way to blame you for something they did. For instance, when you tell them that they hurt you, they will respond by saying that you are too sensitive. When you complain that they never did something they were supposed to, they will say you never reminded them to do it.

A narcissist will gaslight you to the point where you start to question your judgment, memory, and your perception of reality. This leaves them as your only reference when making key decisions about your life. If you fall for this mind game, you will be highly vulnerable to their toxic influence. 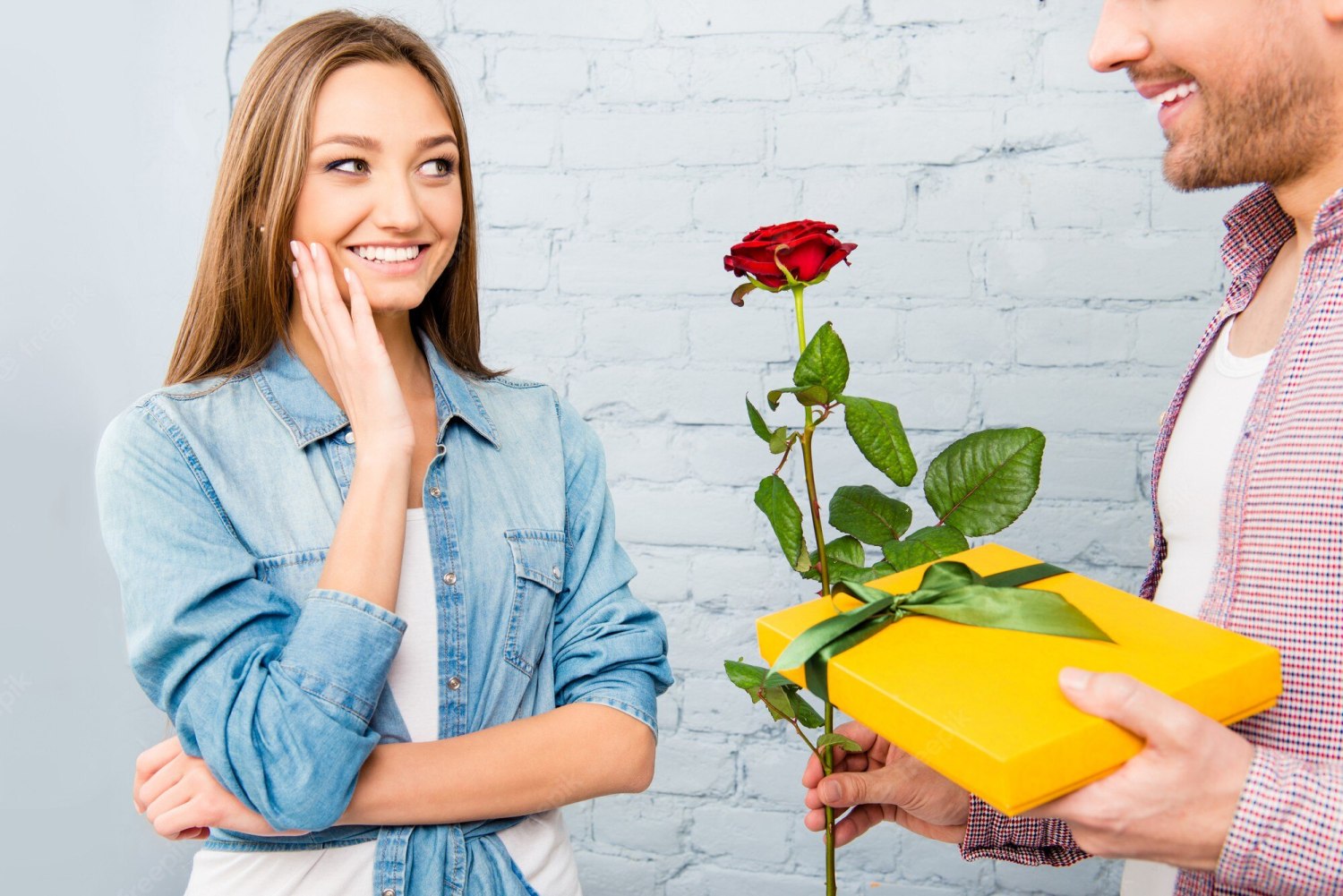 Love bombing can take many forms, but it always involves being showered with love and affection when you least expect it. It usually happens at the start of the relationship, but it can also take place in committed relationships.

With a narcissist, love bombing is usually a way to prepare you for something horrible down the road. Love bombing is also one of the mind games narcissists play to make up for the bad things they have done to you.

When you are getting love bombed, you will get heaps of praises, lots of gifts such as flowers and chocolates, expensive dinners, and long intimate conversations. Love bombing works because many people are quite flattered and defenseless when someone they love and care about does something romantic for them.

However, when a narcissist lovebombs you, you will feel suffocated. His attention will seem like an obsession.

They will also throw in other unhealthy demands such as trying to make you feel guilty for not responding to their gestures with the same level of enthusiasm. You might also be banned from talking to certain people in your life simply because they don't approve of them.

Love bombing is also among the sneakiest mind games narcissists play to set you up for one of their most devastating moves - ghosting.

When someone who treated you like you were their world disappears without warning, your life can be left in a total tailspin. This would make you desperate to have them back in your life, and this desperation would give them all the ammunition they need to treat you as they like. 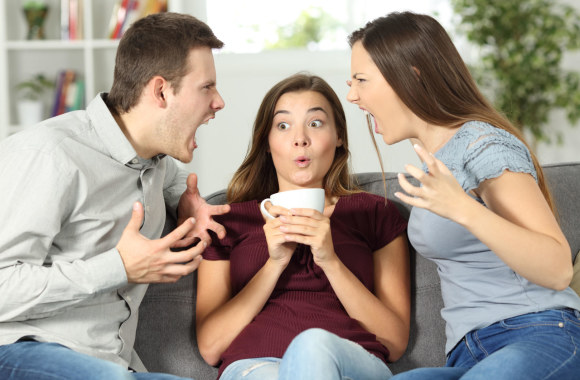 Narcissists do this to take attention away from their flaws and their mistakes. They force you to see someone else (or even you) as the problem by playing you against each other.

During this game, they will make the other person look bad in your eyes while also making you look bad to the other person. This is supposed to make you feel that someone else is the problem, not them.

Narcissists love the chaos and mayhem triangulation causes, and they get a chance to seem heroic by playing the role of an understanding and supportive partner. They love this attention and praise, and the fact that triangulation also makes you commit more strongly to them is a huge bonus for them.

Triangulation is also among the many mind games narcissists play to separate you from people they consider a threat to their ability to control you and keep you under their thumb. 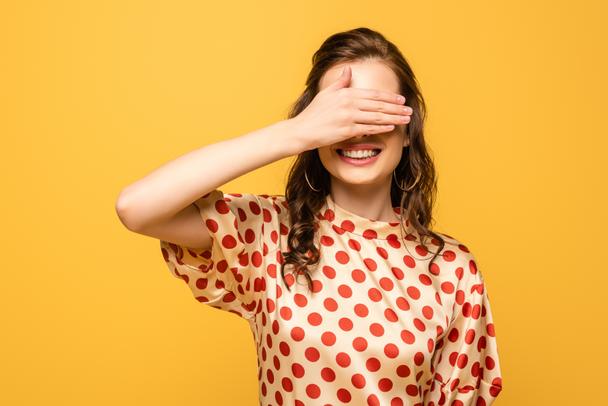 Narcissists have very fragile egos. So, they cannot handle any negative feedback they get about their personalities. They prefer to project onto others the negative feelings they have about themselves.

In other words, they will hide their shortcomings by trying to blame you for the mistakes they have done. This is why this is called a hide-and-seek game. It is among the most obvious mind games narcissists play on their victims.

So, whenever they do something bad, they will accuse you of doing the same thing. Narcissists have a problem admitting that they are the problem.

Even if you catch a narcissist cheating and you decide to leave them, they will accuse you of being unfaithful to them even though they have no evidence you have done anything of the sort.

SInce hide and seek is among the mind games narcissists play, you can expect to be blamed for whatever they are doing wrong. When they lie, they will call you a liar. When they abuse you, they will shamelessly call you the abuser and play the victim.

5. The Blame Game, One Of The Most Popular Mind Games Narcissists Play A narcissist will never willingly take responsibility for their mistakes. If you see a narcissist admitting to anything, it is usually because they want something in return.

Since they are always messing up, you can bet that blame games are among the most effective mind games narcissists play.

Deep down, a narcissist believes that everyone else is to blame for whatever is not working out. Even if you divorce a narcissist, they will think you were the reason your relationship ended, even if they alone did the cheating.

Trying to prove that they are to blame will only make things worse as the narcissist will try even harder to prove that you are the problem. In short, the blame game is one of the most common mind games narcissists play to make themselves look good. 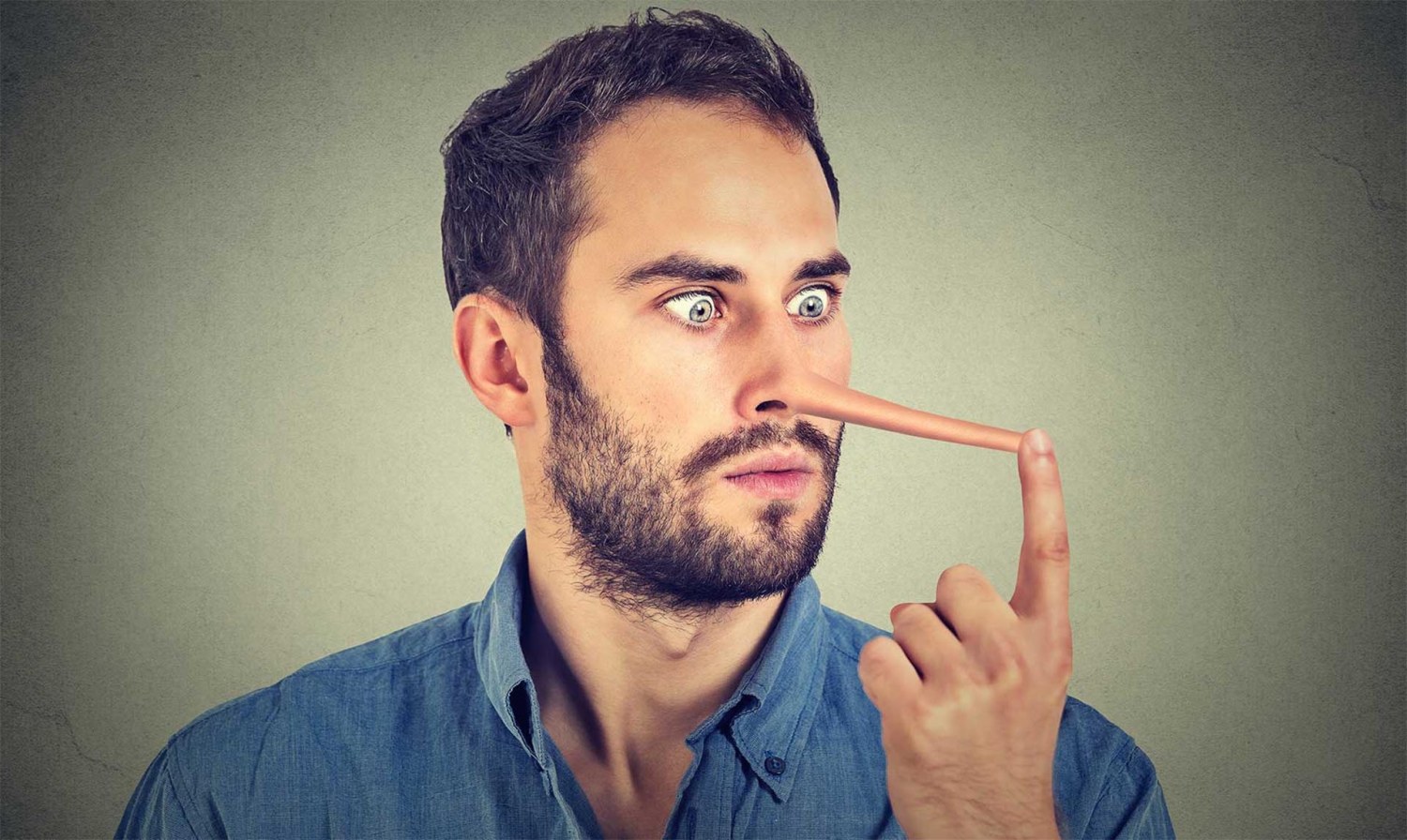 A narcissist will say anything that grants them control over their victims, whether it's true or not. For this reason, truth or dare is among the most popular mind games narcissists play.

Narcissists can never commit to telling the truth. They say whatever makes them look good or remain in control.

Lying comes very naturally to narcissists. They will even lie under oath, leaving everyone in shock. Consequently, truth or dare is one of the mind games narcissists play in any type of situation.

As we have already said several times, narcissists can never be wrong. Therefore, telling the truth does not matter to them. When honesty suits them, then they will speak the truth. Otherwise, they will tell lies without batting an eyelid. 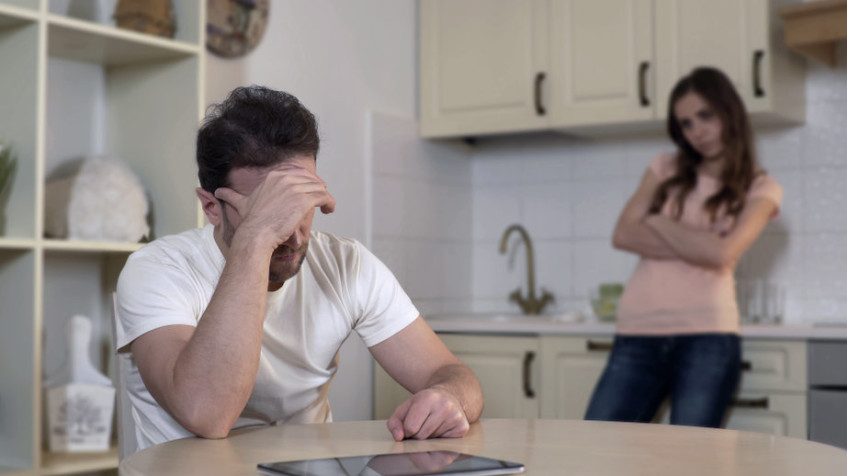 Narcissists never forgive - they get even. This is why revenge is one of the mind games narcissists play.

So, if you do anything that can embarrass, or make them feel awful, you can bet that there will be a response. A narcissist will try to humiliate, shame, and pour their rage on you.

Narcissists can get extremely vindictive once they are overwhelmed by narcissistic rage. This can make them go on a mission to "destroy" you because they will see you as an enemy rather than someone who has made a mistake.

They can ruin your reputation, insult you, and abuse you. At times, they can even use physical violence. Narcissists have been known to come up with long-term revenge plans against their partners or "friends" over a mistake they made. 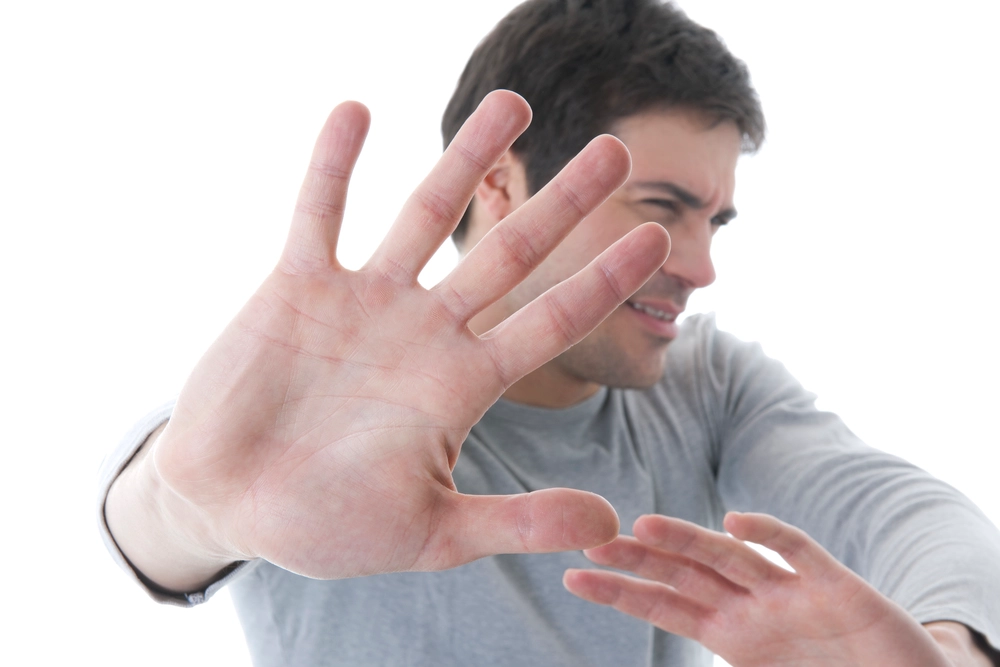 One of the most common mind games narcissists play is acting like the victim. They usually do this when they are in the wrong.

When a narcissist knows they have done something that will upset you, playing the victim is one of the things they will do. This should make you sympathize with them and forget they had wronged you.

Narcissists can never accept that they are wrong, which is why they will always try to make sure they are blameless even when they are in the wrong. They cannot imagine having anyone think they have flaws, which is why someone else other than them is always to blame.

For instance, when a project fails, they will find a way to pin the blame on other people. When you try to show them they might have a role to play in the mess, they will accuse you of lying or misunderstanding them.

Strangely, while a narcissist will happily play the victim, they will never accept that you can be a victim. This keeps them from acknowledging your suffering. They do this so that they never have to take care of you.

Playing the victim not only allows a narcissist to avoid responsibility for their mistakes, but it also ensures that your attention and care are always on them. After all, they live for this special treatment.

Creating "relationship rules" is one of the mind games narcissists play on their partners. They create strict rules that might seem like a good idea for the sake of your relationship but are in reality supposed to keep you in line.

These rules are not negotiable, because narcissists always have a final say on anything that goes on between you. Even though they will enforce the rules without compromise, they will act like the rules don't apply to them.

When you break the rules, they will act cold, get frustrated, and give you the silent treatment. When you get ghosted, the person you thought was a close friend or partner will abruptly cut all communication with you without giving you any signs that something was wrong between you.

Typically, a narcissist ghosts you after love bombing you. So, they leave when you least expect it, which can drive you crazy. You can text or call for days on end wondering what you did wrong, but get nothing in response.

The ghosted partner's need to get to the bottom of what happened gives the narcissist the power they have been seeking all along. The narcissist will then come back into your life knowing that you will be very careful not to lose them again. This means you will be at their mercy from this point onward.

Of course, not everyone who ghosts you has a narcissistic personality. Many people who do this have no interest in having control over you. All they want is to cut ties without having to break up in person.

How To Counter The Mind Games Narcissists Play Sadly, these are not the only mind games narcissists play with their victims. There are many more, and you should be on the lookout for signs that a narcissist is playing mind games with you to know for sure the tricks they are playing on you. So, even if you learn to defend yourself against one of these tricks, there are other curveballs a narcissist will throw at you.

Ultimately, the most effective solution to the mind games narcissists play on their victims is to sever ties with them and ensure they have no access to you. This will ensure that they can't control your life or manipulate you.

Trying to stick around thinking you will figure out every trick they have up their sleeves and have a happy relationship is pointless. Narcissists can't change their personalities. Their mental states do not allow them to have healthy relationships with anyone.

Furthermore, if you have been on the receiving end of these narcissistic games for too long, chances are that you might need professional help. So, you should consider talking to a therapist if you are coming from a long-term relationship with a narcissist.

How Dating A Narcissist Changes You

Is He A "Peacock"? 11 Things To Know About This Type Of Guy