Nature can be very weird at times. Through thousands of years of evolution, life forms on Earth have adapted to increase their chances of survival. The various worldwide climates have resulted in some pretty strange and scary-looking creatures. There are an estimated 8,7 million species on Earth, with the vast majority unidentified.

Apart from the animal kingdom, our world has also produced some genuinely fascinating plant varieties. The most interesting plants are in a different league from the flowers and trees in your back garden. What makes them unique is their appearance and their feeding and survival mechanisms.

Some of these species are native to exotic, remote locations, while others can be grown at home. Here are ten bizarre and interesting plants to feast your eyes on. 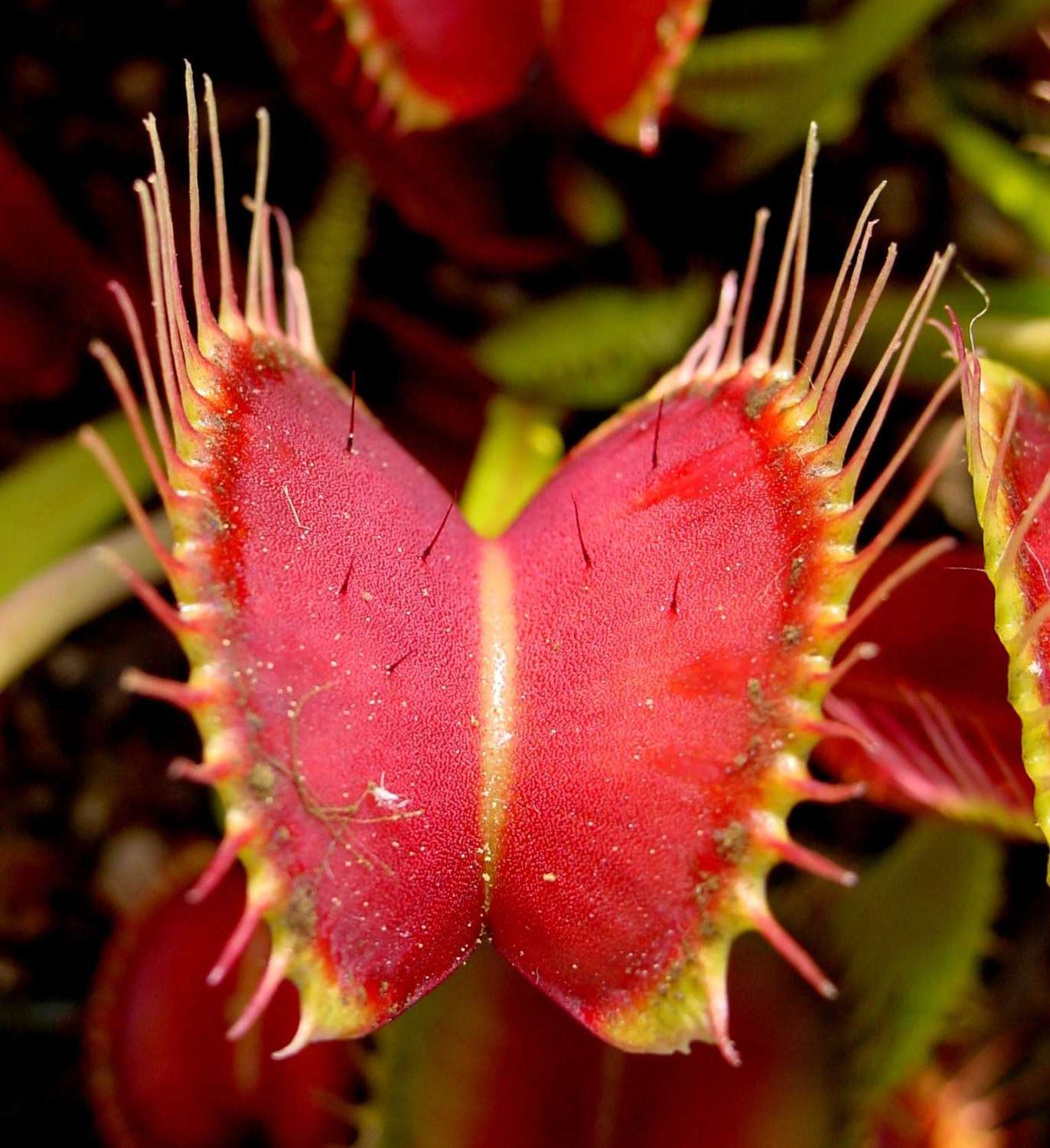 We're starting with the best-known plant on this list. The Venus flytrap also happens to be one of the most famous plants in the world and is a real household name, though its Latin name is much harder to pronounce. It has an odd reputation in the plant world of being carnivorous.

Its native habitat is a small section of North and South Carolina in America, where it grows in damp soils. The venus flytrap feeds on spiders, flies, and other insects. It releases nectar to attract its prey. If two of their sensitive hairs are triggered, the plant snaps shut, with the spikes helping trap insects.

While inside, the flytrap uses enzymes to break down and digest its meals. Despite sounding gruesome, these marvelous plants can be purchased and cultivated from the comfort of your home. 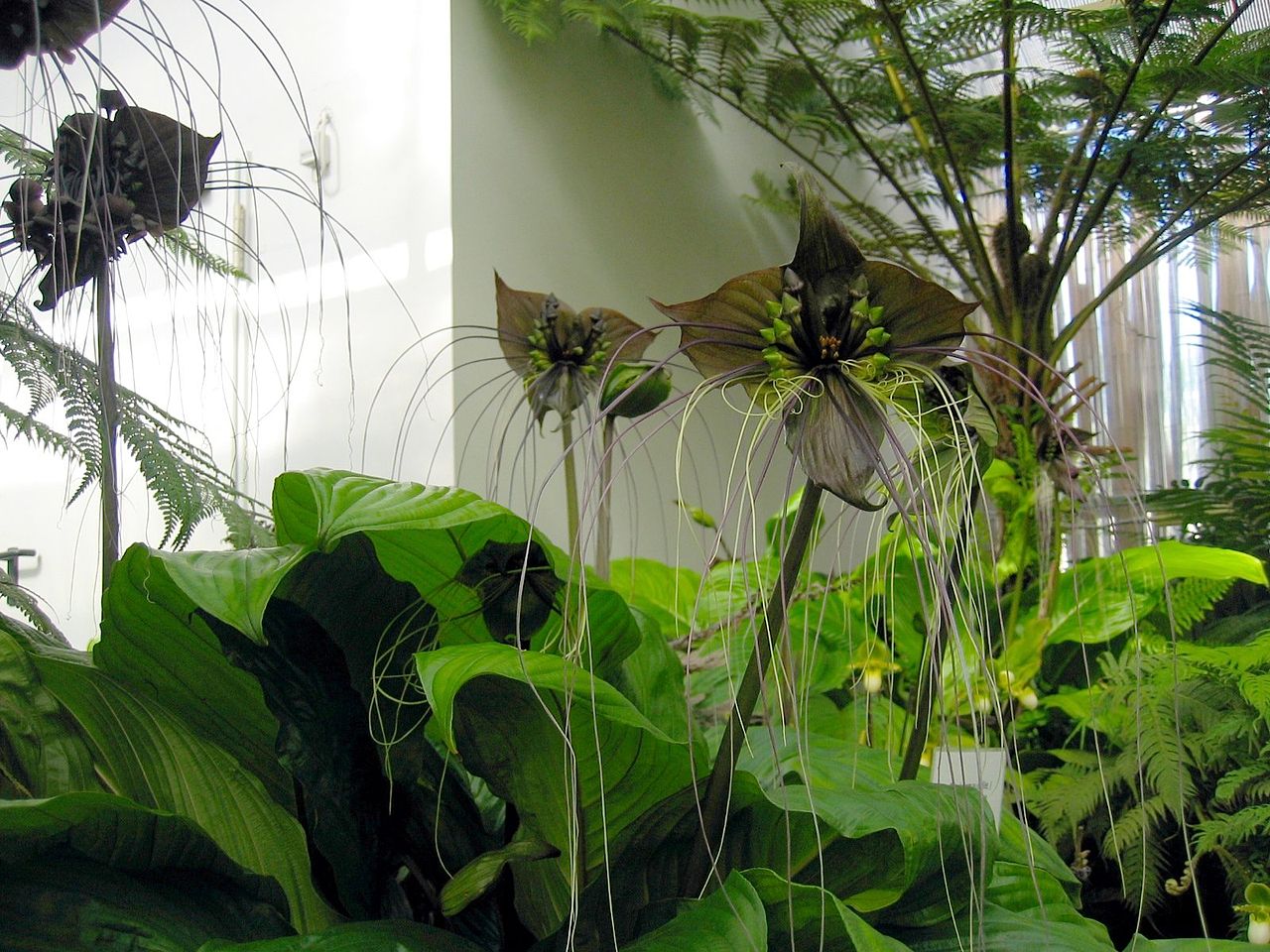 The bat flower is different from other flowers in that, instead of being very bright and colorful, its leaves are dark grey. This plant also features long tentacles, meaning it resembles both a bat and a jellyfish.

The bat flower's region of origin is Southeast Asia, for example, the forests of southern China. It is a plant that thrives in warm and damp conditions. Its color scheme makes it one of the most interesting plants on the planet and has caught the eye of gardeners in countries worldwide. 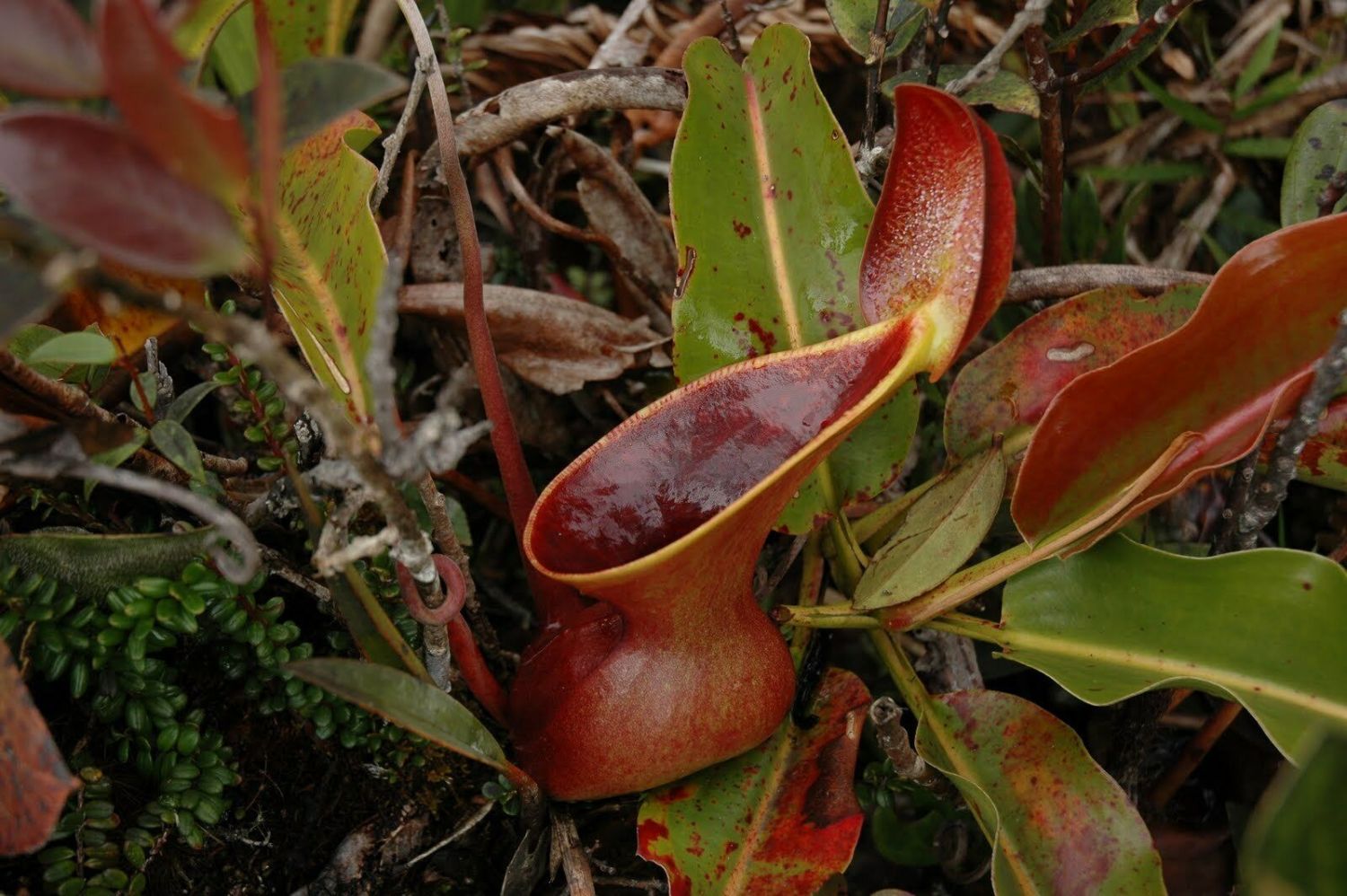 This plant is named after the man who discovered it (Hugo Low) in its home of Borneo. The fluid sack of this plant closely resembles a jug and is used to digest its prey.

The pitcher plant is known to eat everything from insects and spiders to lizards and birds, though some of these creatures are not ideal and may become accidentally trapped. While it likes to feed on insects, the pitcher is known to feed on far less appetizing meals ― animal waste.

The body of the plant acts as a toilet for shrews so that it can get essential nitrogen from the droppings. 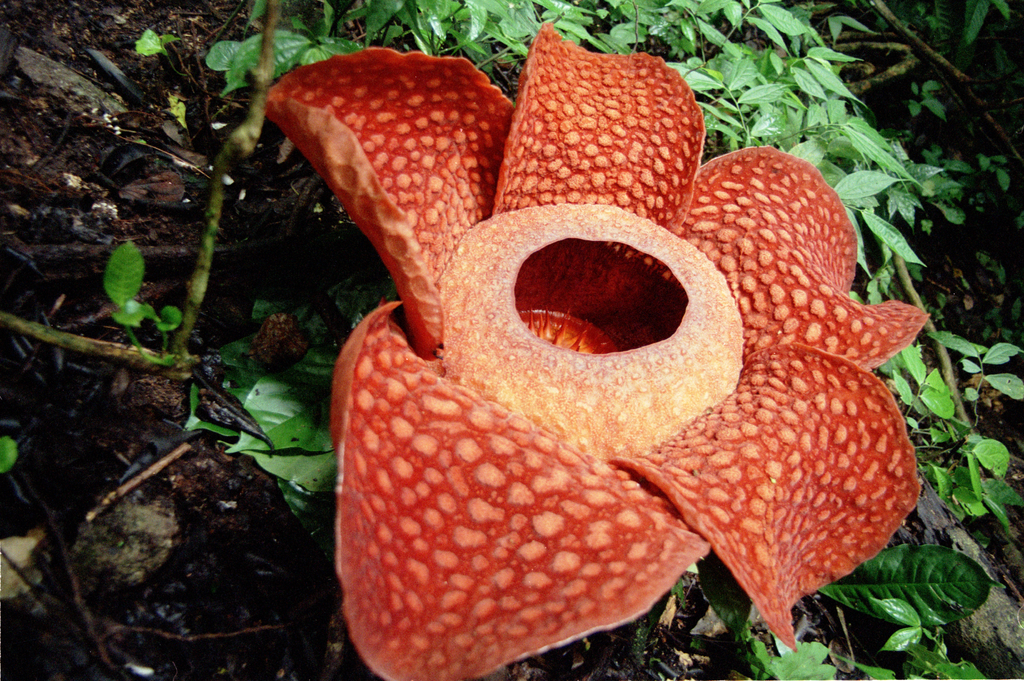 You probably never thought that a flower could scare you with its size. The biggest flower on Earth might make you reconsider.

Like the pitcher plant above, the corpse flower is from the rainforests of southeast Asia. You will be glad to know that it hasn't got its name from killing anyone or anything. Instead, it smells like decaying flesh purposefully to tempt insects to pollinate.

Pollination is challenging for this plant because it only lives for a few days. Still, it is one of Indonesia's national flowers. In terms of size, this beast of a flower can have a width of 3 feet and weigh over 20 pounds. 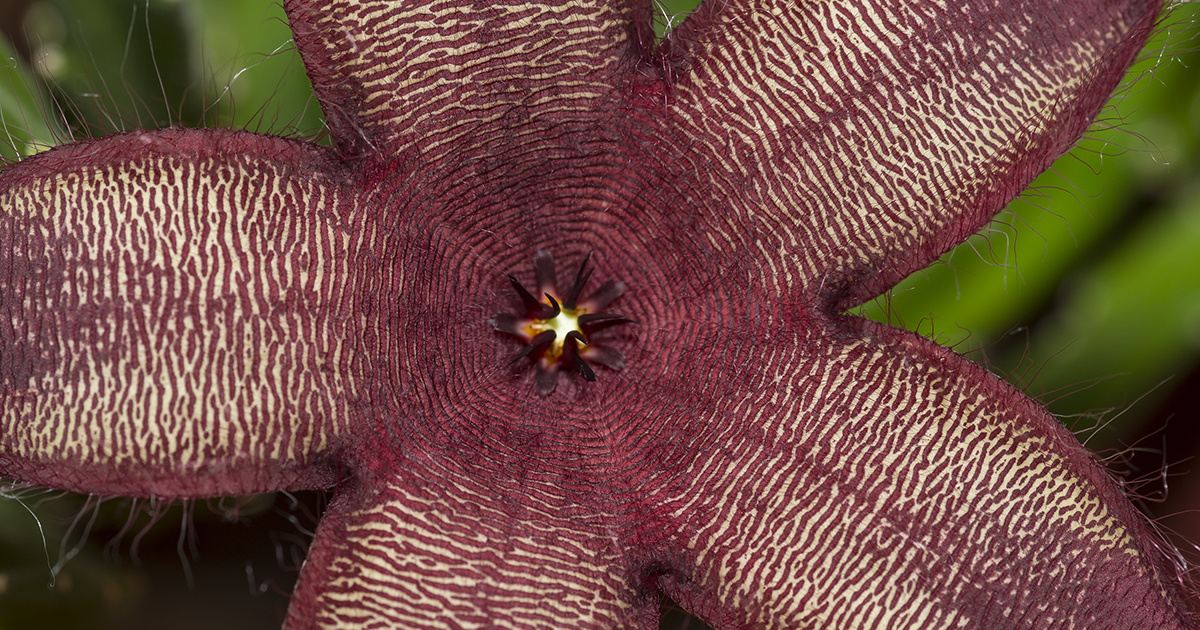 Another name for this is the toad plant. It originates from deserts in southern Africa and has its own unique, pale, star-shaped appearance. However, that is not the main reason for its fame. Like the corpse flower, the carrion plant emits an appalling odor.

The smell is necessary for pollination, though it is so repulsive to humans that researchers have tried to use it as an appetite suppressant. 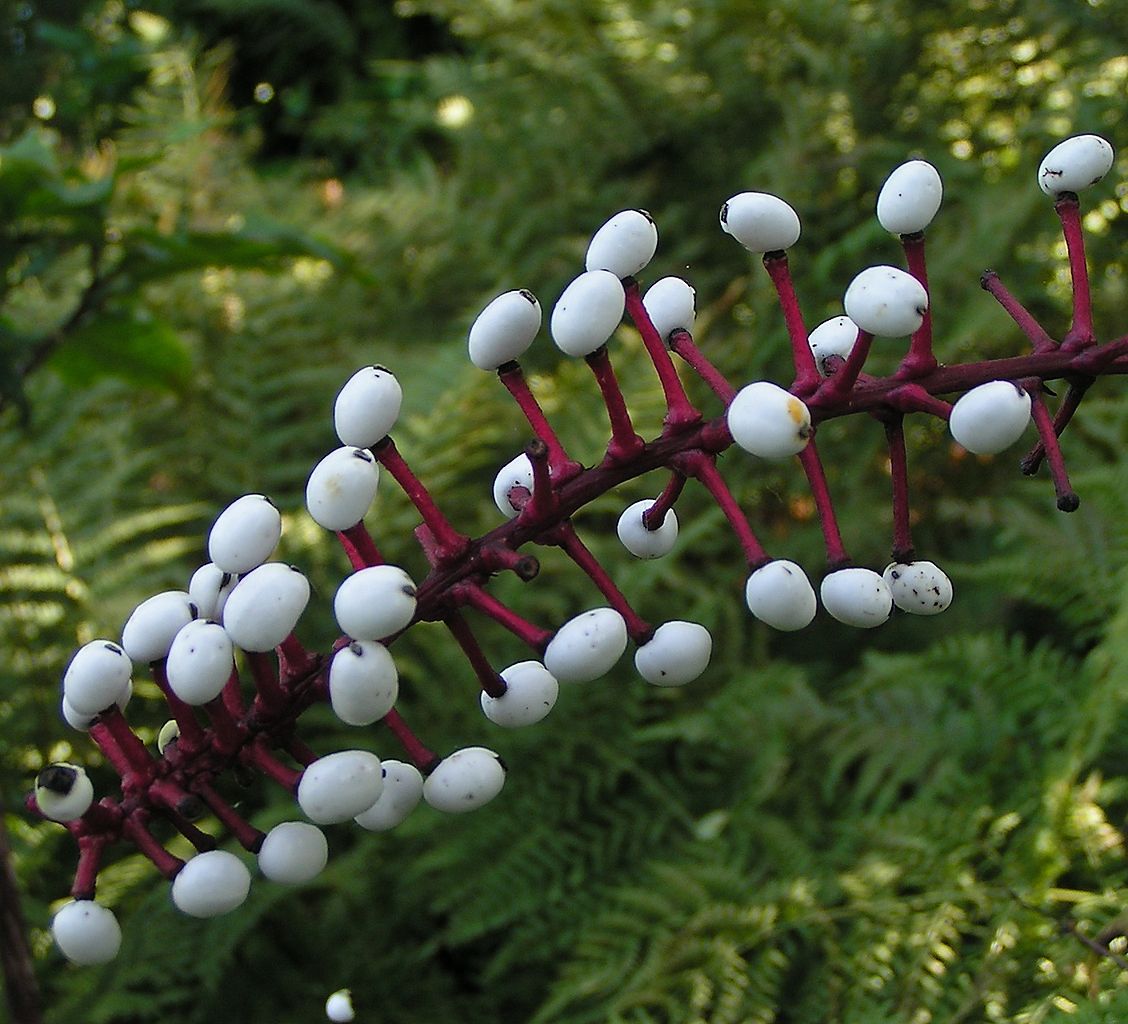 The doll's eye is also called the white baneberry and indeed looks like it belongs in a horror film. The white berries do resemble eyeballs on bloody spikes. Unfortunately, one of the most interesting plants is also one of the most deadly; the berries are not safe for human consumption and could lead to cardiac arrest.

Birds can eat the berries, so they help the plant's survival by spreading its seeds around. You can find the doll's eye in North America. 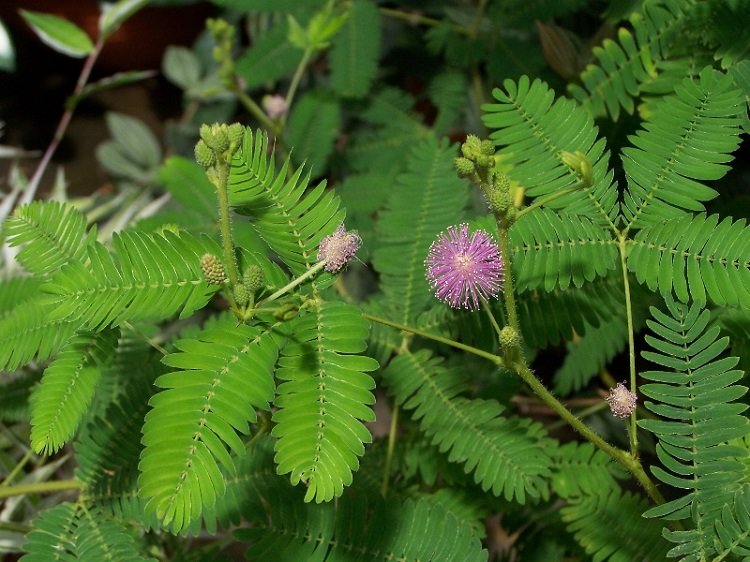 At first glance, this looks no different from the greenery in your average garden. If you ever get the chance to touch the aptly named sensitive plant, you will be amazed. When the leaves or branches feel an external force, they start to fold up and bend downward in an impressive and controlled manner. They return to their original shape a few minutes later.

This is known as rapid plant movement, much like the closing of a venus flytrap, and is only a feature of the most interesting plants. The sensitive plant is popular thanks to this mechanism but is considered invasive by some. 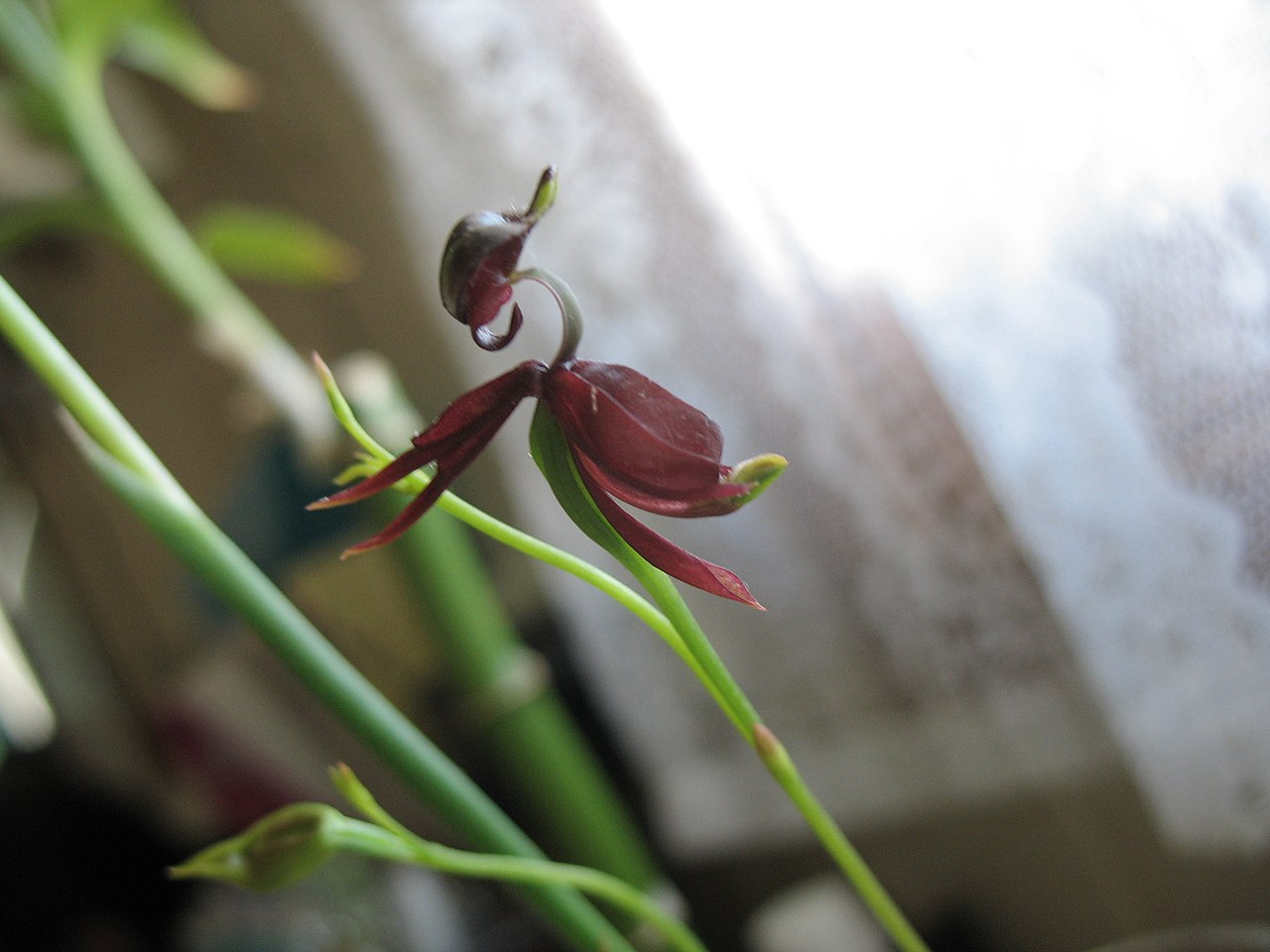 This plant really lives up to its name. Thanks to pure chance, the leaves of this orchid have the shape of a flying duck. The reason for this is evolutionary and is thought to trick insects and aid pollination.

The duck orchid grows in southeastern regions of Australia. It was first officially recorded in 1810, and its name is a tribute to the English explorer George Caley. 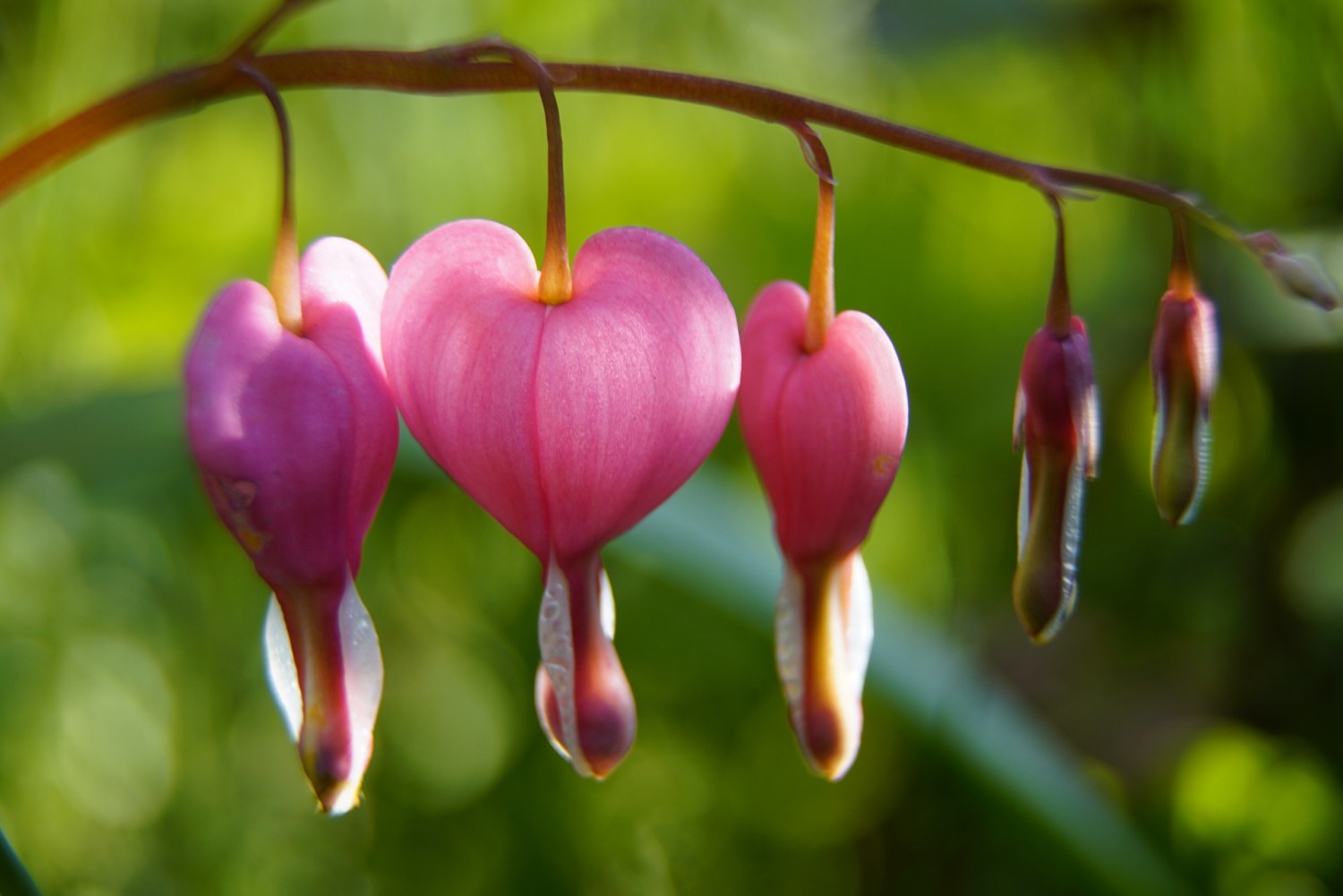 Continuing with the theme of uncanny resemblance, we bring you the bleeding heart.

These flowers are in the poppy family and are initially from East Asia (China, Japan, Siberia, etc.). The petals have a pink heart shape with tips at the bottom that look like dripping blood. 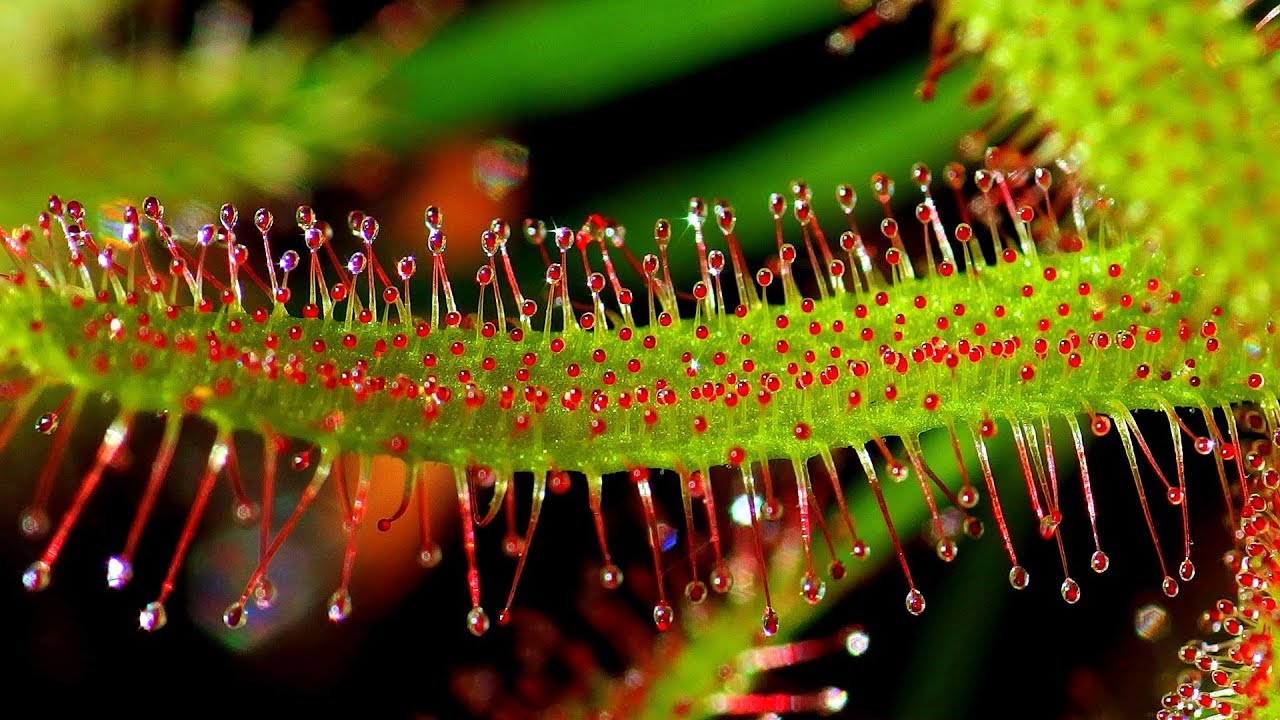 We started with a carnivorous plant, so it's fitting to end with one too. In contrast to the Venus flytrap, the sundew catches insect prey by sticking them to its fluid-covered spikes. Then, it gradually wraps it up in one of its leaves and slowly digests the insect.

This is one of the most interesting plants and comes from South Africa. Unlike other entries on this list, the sundew can reproduce easily and survive in many climate conditions.