For most of us, it is impossible to think about cannibalism without disgust. However, throughout history, there have been numerous cases of cannibalism.

From Germany and the United States to Nigeria and Pakistan, many became victims of cannibalism. Here are the ten most famous cannibal attacks. 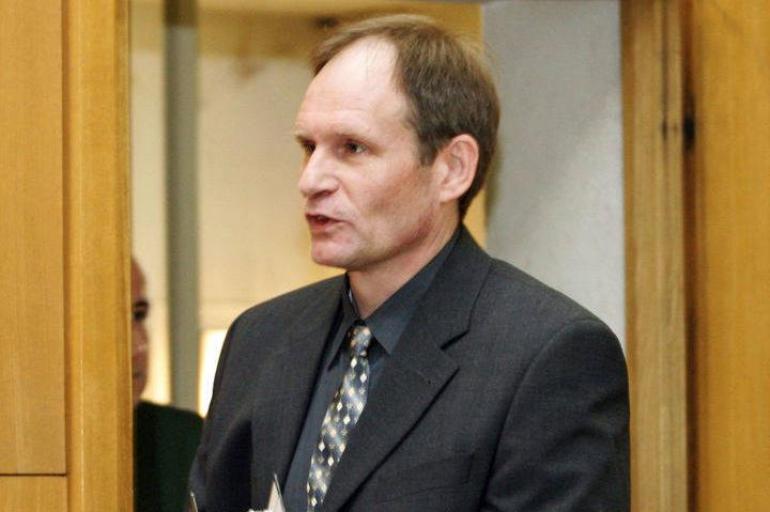 The German Armin Meiwes developed a fetish for tasting human flesh as a young man. This was confirmed by the psychologists who treated him during his cannibalism trial.

That desire was fulfilled in March 2001, when he published an advertisement on the internet. He requested someone who wanted to be killed and eaten. Bernd Brandes responded to the ad.

"The cannibal of Rothenberg" was captured for this act in 2004 and sentenced to 8 and a half years in prison. Two years later, in 2006, his sentence changed to life in prison for sadistic homicide, which in the German judicial system translates to 15 years.

The judges who tried his case during both trials claimed that Meiwes was fully aware of his actions. 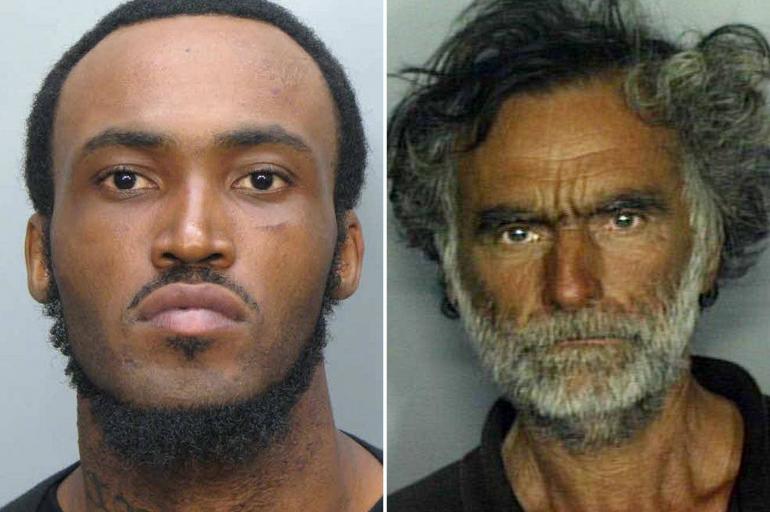 In May 2012, Ronald Poppo, a 65-year-old homeless man, was attacked by Rudy Eugene, 31, on a MacArthur Freeway bridge in Miami, USA. Eugene ripped off Poppo's ears, nose, and part of his forehead.

The attack ended when police officers were alerted by a witness and shot the attacker. Traces of "Ivy wave," a new synthetic drug, were found in the cannibal's body.

The victim, for his part, underwent several surgeries but lost his nose and left eye. The last thing known about him was from 2014, stating he lived in a medical boarding school. 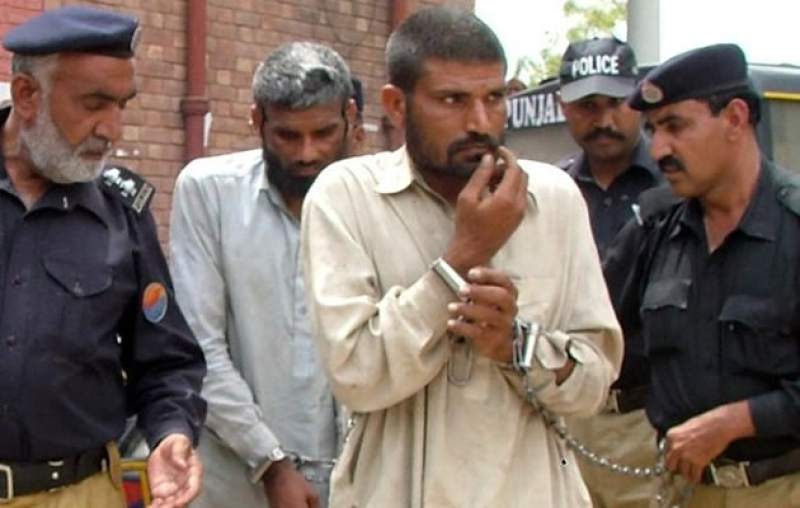 The brothers Mohammad Arif and Muhammad Farman Ali were captured in 2014 for cannibalism in Bhakkar, Pakistan. The authorities found them after neighbors warned about foul odors in their house. Upon arrival, the head of a baby was found.

CNN reported that the men confessed that they were consuming human flesh. What's worse is that they had been sentenced to two years in prison for something similar in 2011.

They dismembered the body of a woman who had been stolen from a cemetery and then consumed it. 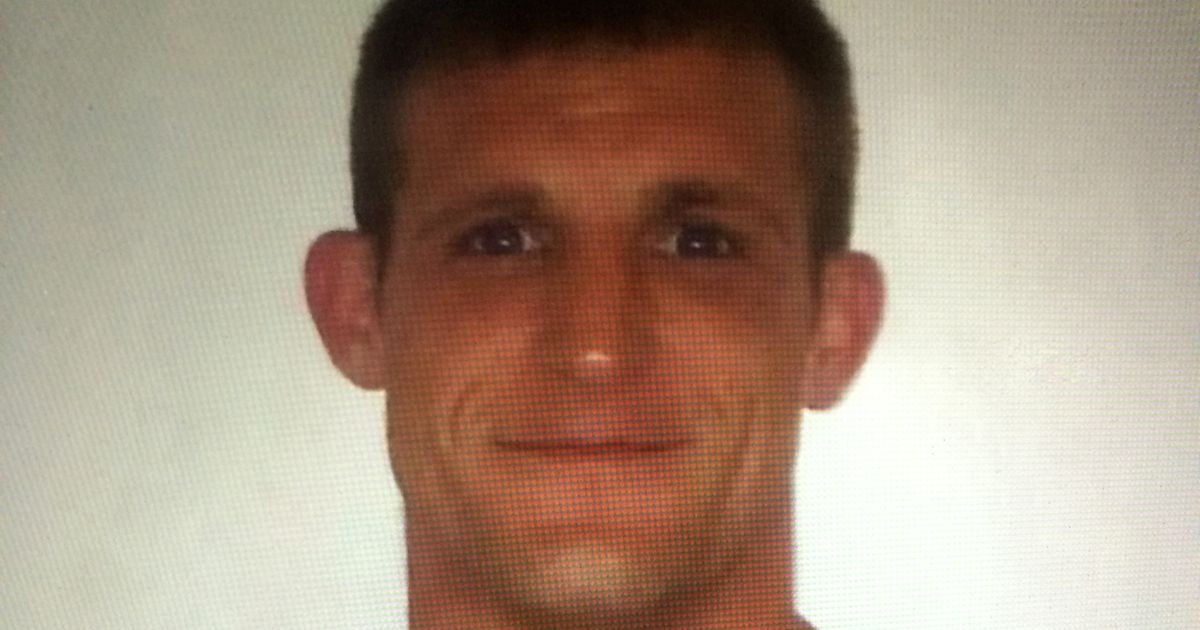 In Argoed, Wales, a case of cannibalism was documented in 2014. The protagonist was Matthew Williams, 34. He attacked a woman in a hotel room that worked as a shelter for the homeless.

Mandy Miles, the administrator of the establishment, was alerted that Williams had entered her room accompanied by a lady, which was not allowed.

"I knocked on the door, and it didn't open, so I tried the security code. As I walked in, I saw Matthew on top of the woman, eating her face," Miles told BBC.

She immediately notified the authorities, who arrived at the scene and, while trying to separate the man from the victim, shot him with a taser gun, killing the aggressor.

Katherine Knight: The Most Famous Cannibal Attack In Australia 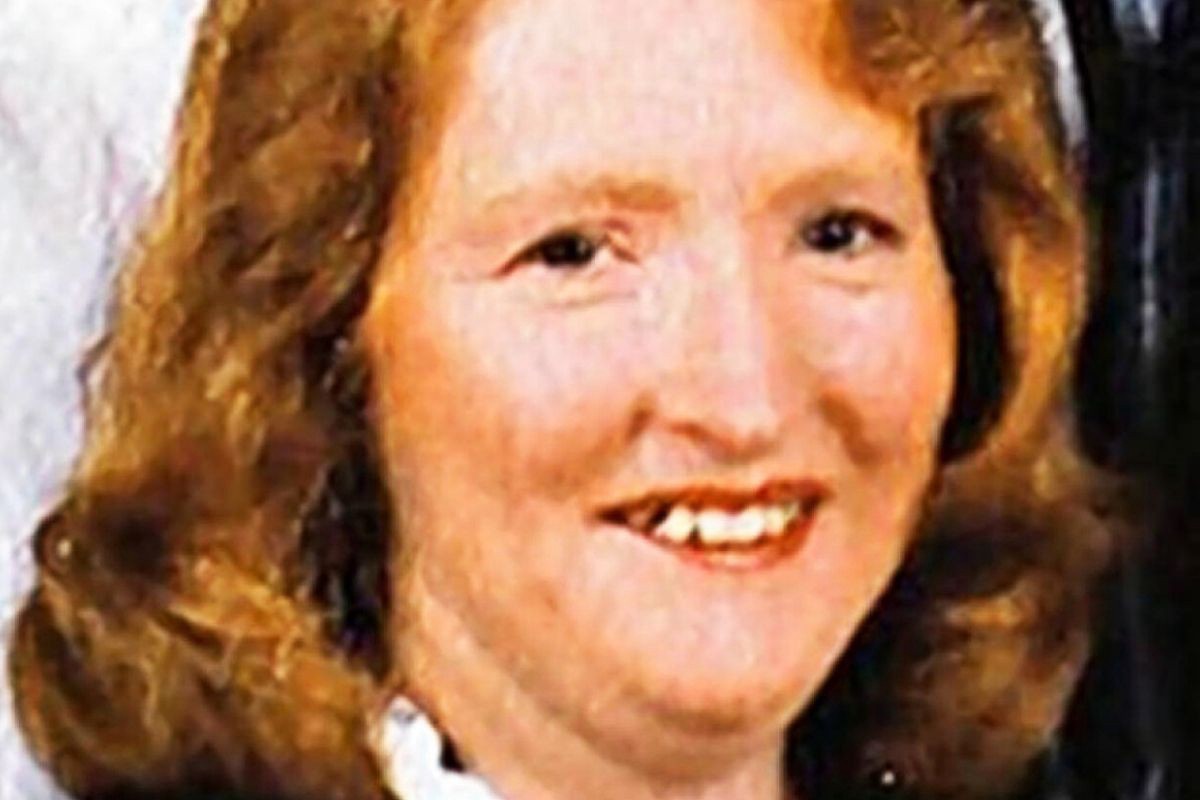 Katherine Knight is an Australian who killed her boyfriend, John Price. She then cooked parts of his body to feed her four children.

This famous cannibal attack happened in February 2000. Knight took advantage while Price was sleeping and stabbed him 37 times.

Then, she removed the skin, cut off his buttocks, and cooked them. She boiled his head in a pot full of vegetables. Her idea was to eat it the next day.

The authorities discovered her after friends of the victim reported that he was missing. The same day of his death, he had placed a restraining order on her for mistreatment. He told his acquaintances that Knight would be guilty if something happened to him.

However, he agreed to see her because of her words of forgiveness. She was captured and sentenced to life imprisonment by the Australian justice system. 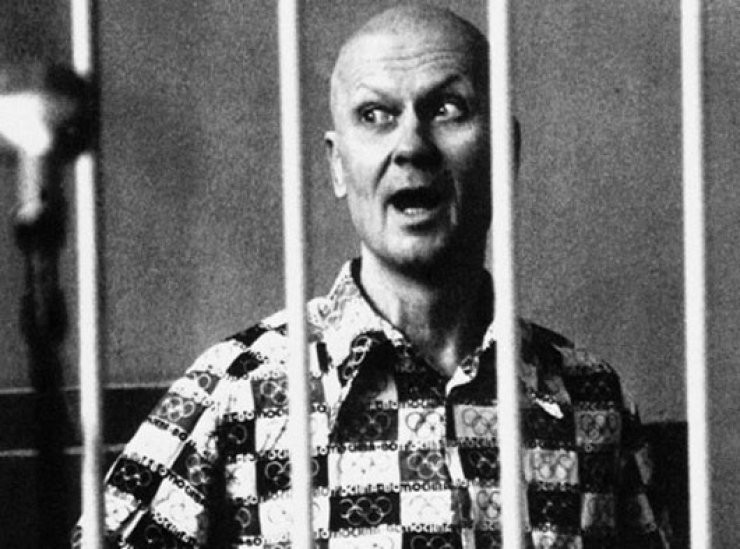 Andrei Chikatilo, or the "The Butcher of Rostov," is one of the most famous cannibal serial killers who lived in the former Soviet Union.

Between 1978 and 1990, he killed and raped 53 people, including children, teenagers, and women, in addition to eating some of his victims' body parts.

At the end of 1990, he was captured and confessed to his crimes and his acts of cannibalism. He was sentenced, in 1992, to the death penalty, and his execution was carried out in February 1994. 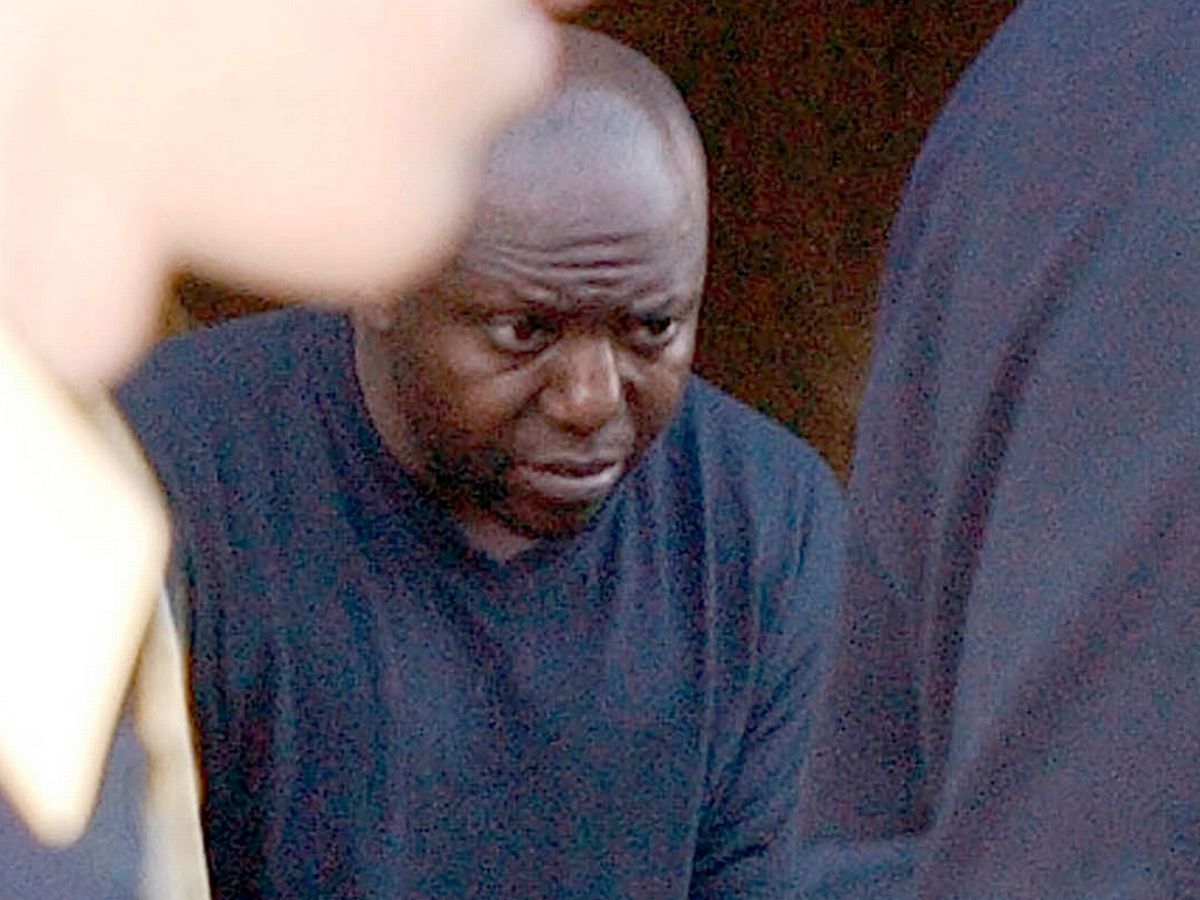 Between 1993 and 2004, Englishman Peter Bryan murdered three people in London, including his best friend. He took out his best friend's brain and ate it.

His first victim was a 20-year-old woman identified as Nina Sheth. Due to this fact, he was diagnosed with schizophrenia and was admitted to a psychiatric center, where he spent nine years until 2002.

He had been free for two years and, in February 2004, he visited a friend, Brian Cherry, whom he killed with 30 hammer blows. Afterward, he removed his brain and ate it until the police arrived at the scene.

He was re-committed to a maximum-security psychiatric facility and, with less than a week, he murdered Richard Loudwell. He confessed at the subsequent trial that he wanted to eat him. In 2005, he was sentenced to life in prison.

(In)Famous Cannibal Attack In A Restaurant In Nigeria 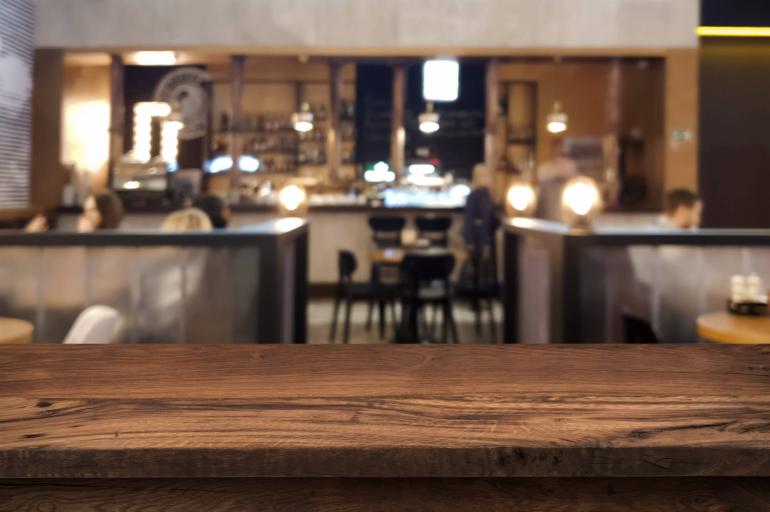 In 2014, in Onitsha, Nigeria, local police closed down a hotel restaurant that was selling human food. The discovery was made thanks to an anonymous informant. The English newspaper The Independent wrote that two human heads were found in the facilities.

As compiled by the media and delivered by the authorities, the restaurant offered human meat as a costly delicacy. At that time, 11 people were captured. 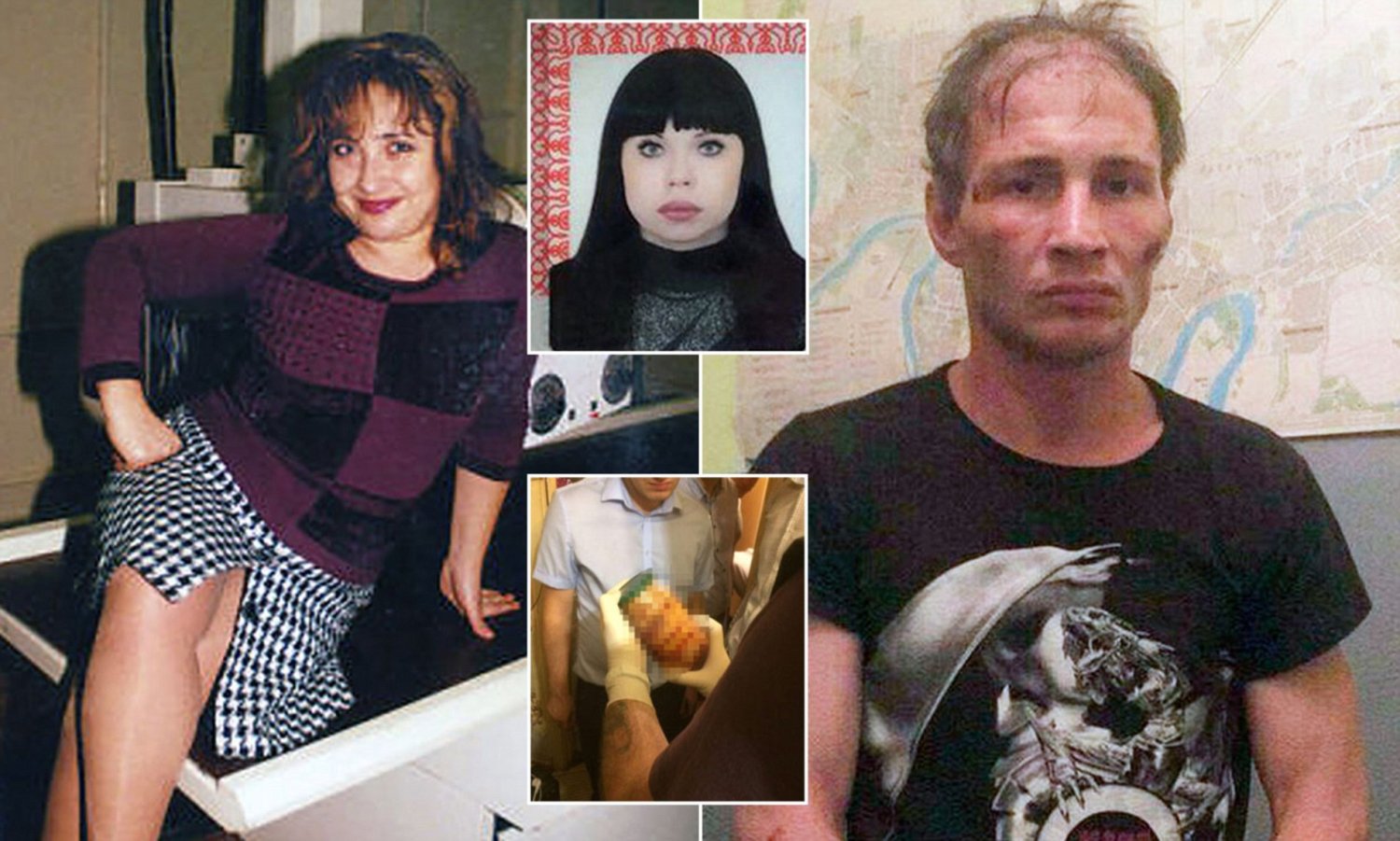 In September 2017, Dmitry and Natalia Baksheev, a Russian couple, were captured and accused of eating 30 people.

The events happened in the Russian city of Krasnodar. The authorities discovered them after Dmitry lost his cell phone. Local government workers found the device on the street, reviewed it, and found photos with corpses.

The police were informed and, when inquiring about the mobile phone's owner, they uncovered the man's identity.

According to the investigation, the couple recorded tutorials on cooking human meat and even prepared cakes with parts of its victims that they later sold to cafes and restaurants.

Nino Mbatha: The Most Famous Cannibal Attack In South Africa 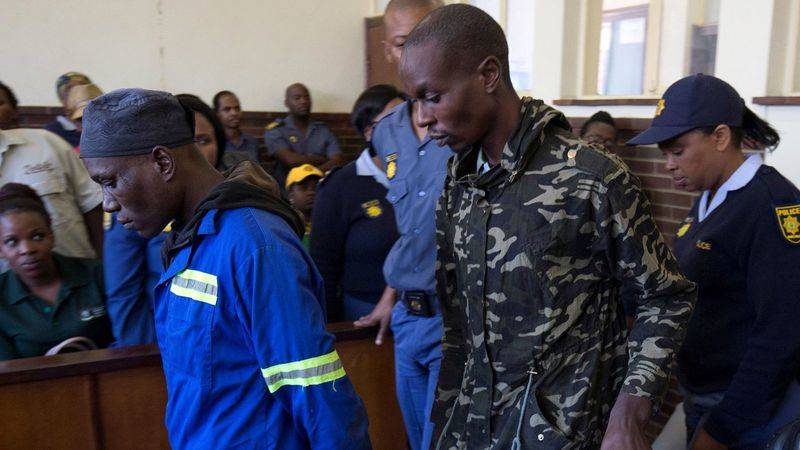 Nino Mbatha, a South African "witch doctor," turned himself to authorities in the town of Estcourt in August 2017 after telling them he was "tired of eating human flesh."

Although the first reaction was to make fun of him, they believed him when he showed them a woman's putrefied leg. The next thing he took him to his house, where the police found several human parts, including eight human ears.

According to Mbatha himself, his cannibalistic activity consisted of cooking concoctions for his clients. In 2018, he was sentenced to life in prison.