Urban design is a collaborative and multidisciplinary process that shapes cities and bursts them into life. It is an architectural field that counts many subtypes of design styles, and hostile architecture is one of them.

Recent years have marked a movement of people documenting and criticizing what they call hostile design, hostile architecture, or defensive design. The features that represent this whole new design field seem like they were created with intentions that differ from humane.

Anti-homeless or hostile architecture is a type of urban design meant to prevent people from using public spaces in some unacceptable ways. To avoid such things, it usually uses features like curved benches, spikes or bolts on windowsills, and even plants to discourage loitering, littering, and sleeping.

Some people think it is ridiculous to prevent people from taking a nap on a bench or using the streets as skating areas. Others have a theory that there aren't bad intentions behind this at all. It's all for their safety.
And sometimes, it truly is.

1. Benches With Armrests That Are Not For The Arms 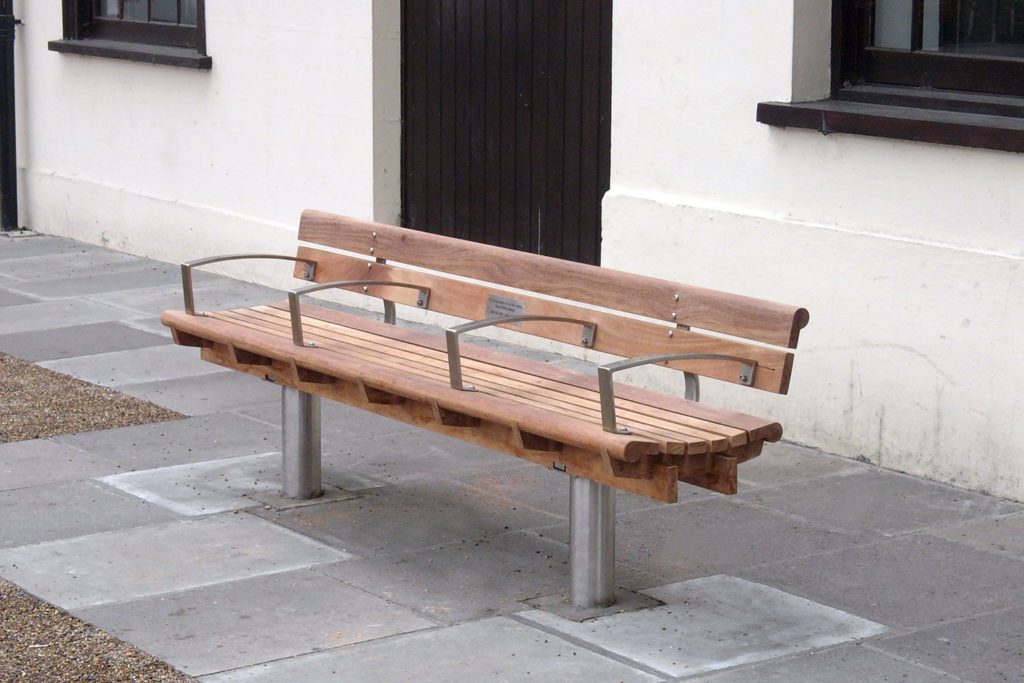 Benches are the most common elements in our outdoor environment, and homeless people often use them to lie down and rest. This was the main reason why many cities decided to invent benches with armrests.

At first glance, it seems like the armrests are placed to separate the bench into sections to provide comfort. The other side of the purpose is to prevent people from lying down. 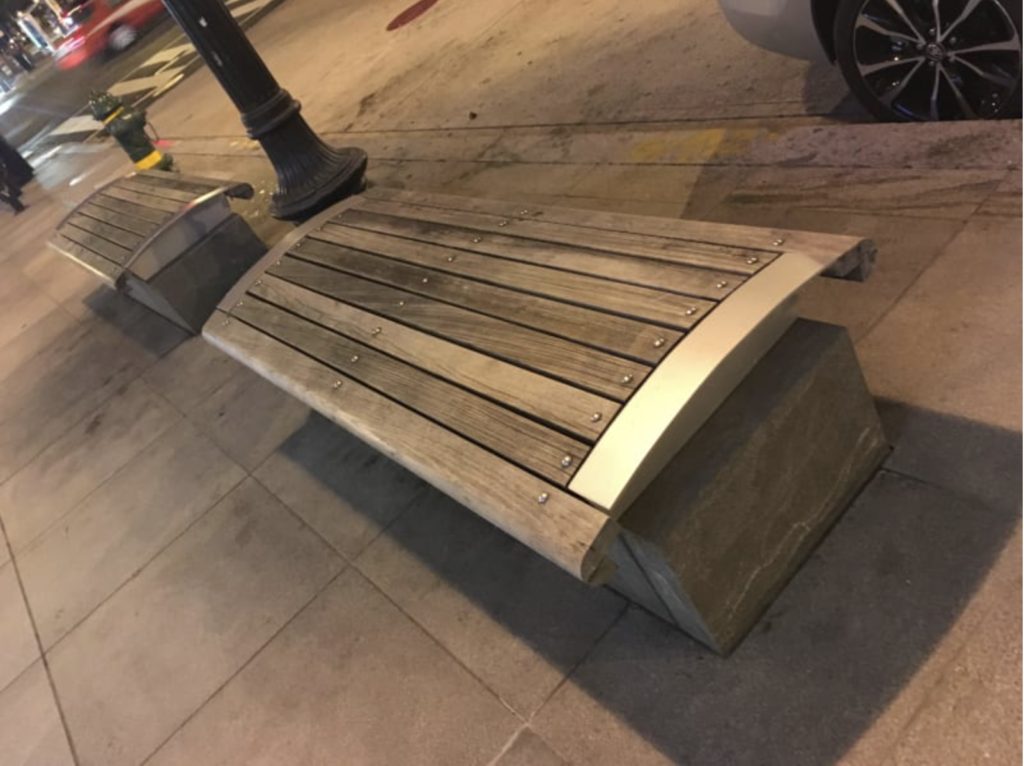 Although curved benches have an innovative and unique design, they look uncomfortable. The feeling when you're sitting on them is not any different than that. They are made like this to discourage people from spending the night there. 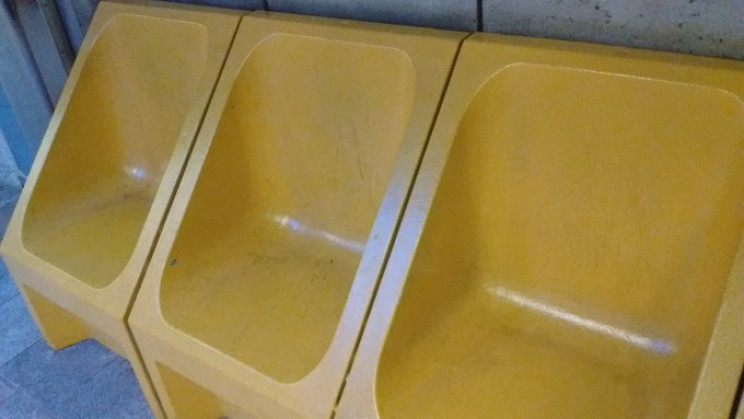 Benches that have imprints or concave grooves naturally make people feel designated to sit one next to another. The leitmotif behind this design is the idea to make sleeping on these benches impossible.

4. Fenced Grates To Keep You Away From The Heat 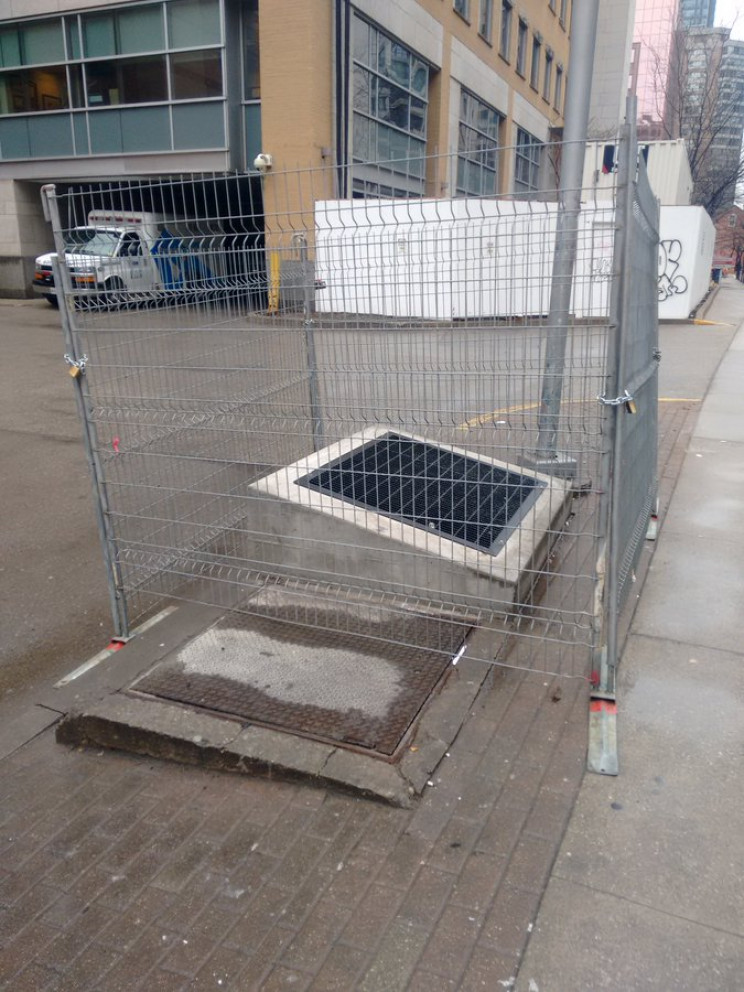 Storm grates and vents provide some warmth, and homeless people often use them to warm themselves during the colder seasons.

When the grate is not easy to reach, people cannot lie down on it. So, this is one of the reasons why designers came up with surrounding grates with fences. Undoubtedly, that is another attempt to stop homeless people from huddling around them during colder seasons. 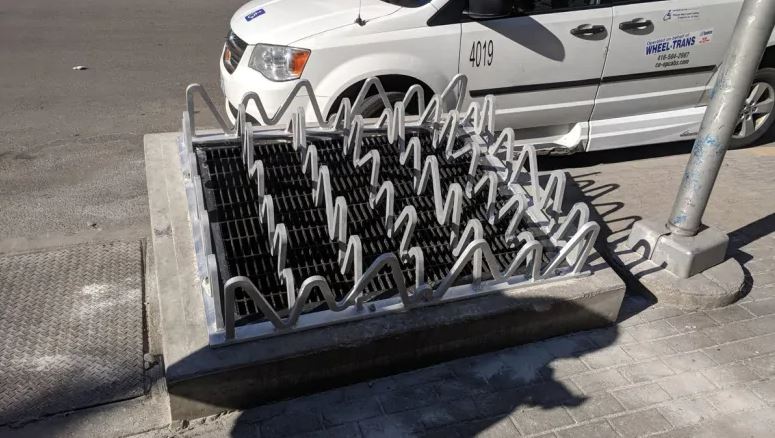 One of the latest examples of hostile architecture is the raised storm cover. They look monumental at first glance, but in fact, they are designed to keep away the people from sleeping on them.

6. Read Between The Spikes On Windowsills And Streets 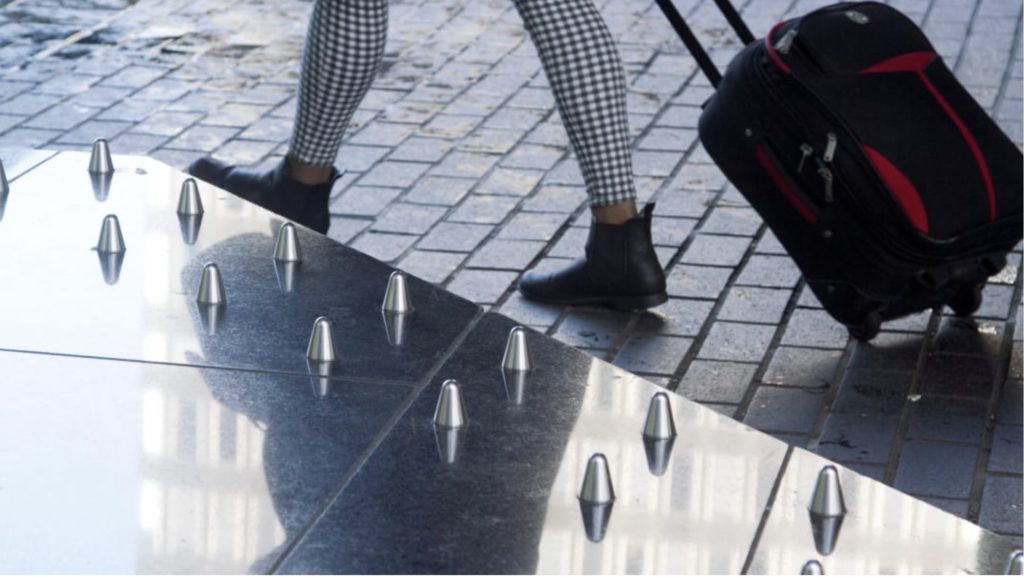 Spikes are one of the most controversial forms of anti-homeless architecture. They're noticeable and seem like they're screaming the 'keep away' sign from the top of their lungs.

Raised platforms and flat surfaces are the most common place where they are installed, but they can be found on windowsills. They have the purpose of preventing birds from roosting on them and discouraging people from sitting or sheltering under the awnings of windows.

7. Awning Gaps Are Not A Flaw 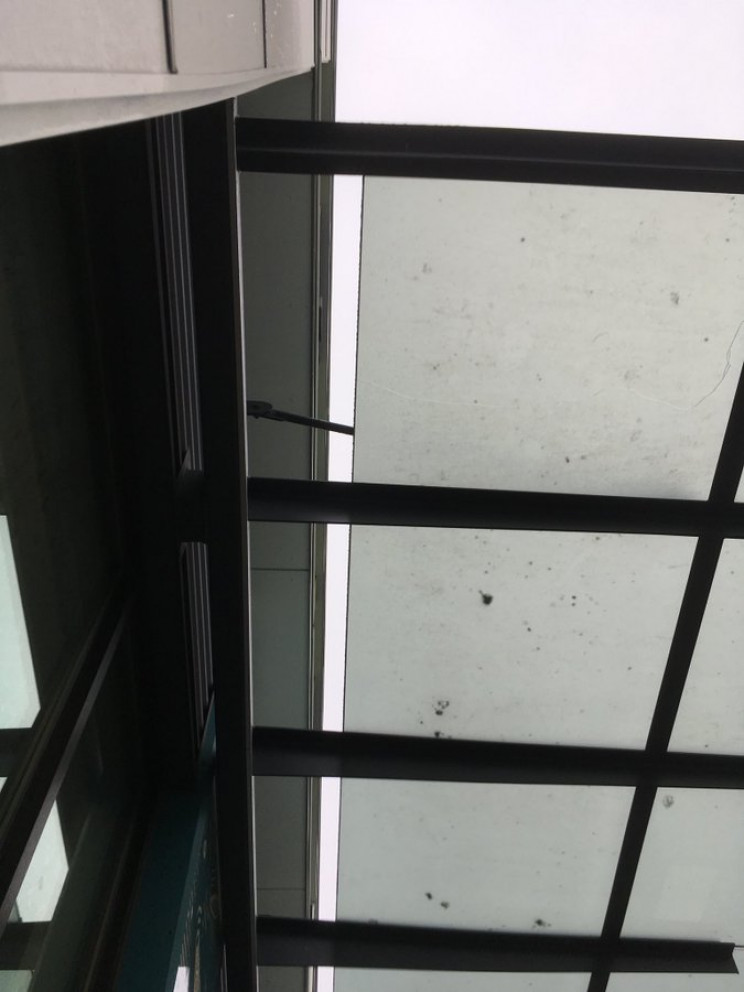 You might notice in front of some stores that there is a substantial gap between the wall and the store's awning. And this is not a glitch but an attempt to prevent homeless people from taking shelter there.

8. Street Dividers - To Keep You Out Of The Street 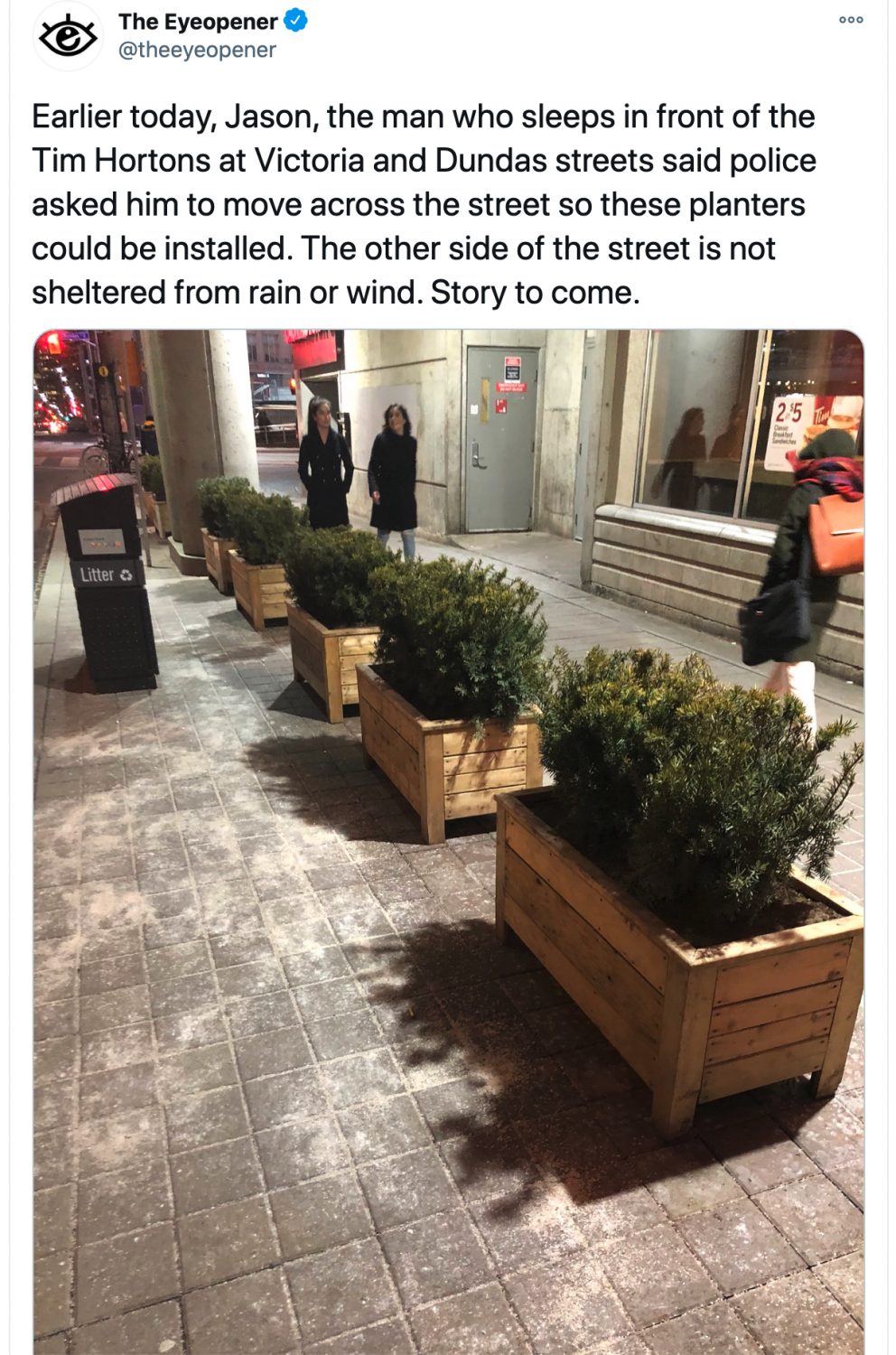 Sidewalks and major pedestrian areas in some cities are enriched with plants and raised garden beds. They give admirable finishing touches to the outdoors, but they also perform a secondary role and separate the sidewalk.

In such cases, people usually tend to walk on one side of the pavement, and the frequent foot traffic never stops. The other side is too narrow to allow people to sleep or take shelter there.

9. Rocky Pavements All The Way 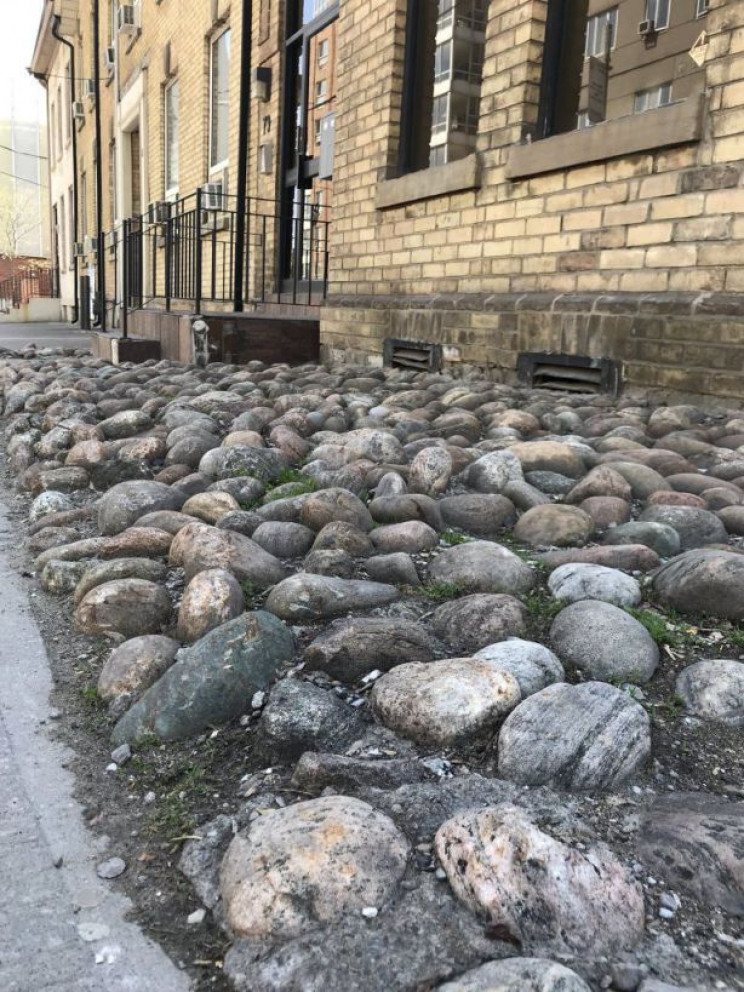 You might notice how designers tend to place rocks and rough surfaces beneath awnings or in front of buildings.

They feel so uncomfortable just by walking on them, and bedding down on such a surface would be a nightmare.

10. Boulders Under Bridges - Challenged To Sleep 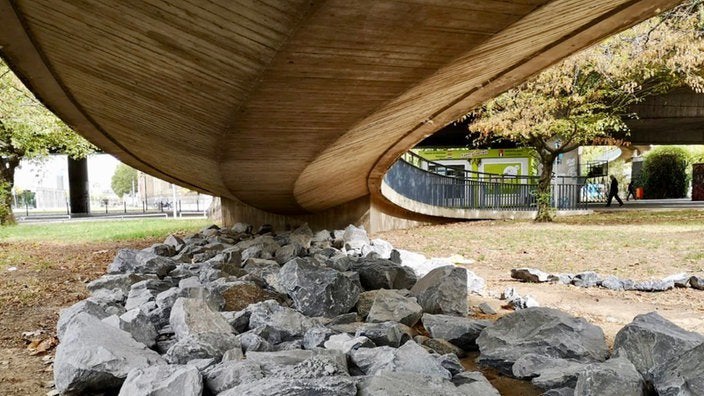 These days, sleeping under a bridge is more challenging with these new decorating trends circulating between designers. Imposing rocks to achieve some grainy effect under bridges has changed how bridges used to be.

James Furzer is an architect whose designs try to fight against anti-homeless architecture. He says that whether you think of those designs as positive or negative or not comes down to what you deem to be antisocial behavior.

"Drug use is a different kind of antisocial behavior to skateboarding. It's a criminal activity that has a negative impact. Sleeping rough and hanging out with a group of friends isn't particularly criminal."

Architecture and urban design are primarily existing to help people experience the comforts of life. They are here mainly to help people ease their everyday lives, not complicate things, and mess with humanity.

Since homelessness has increased in many cities around the world, maybe it would be the right time to stop using urban design to restrict things in the name of adorning corners.

Humans are social beings, and in times like this, humanity should be a must.